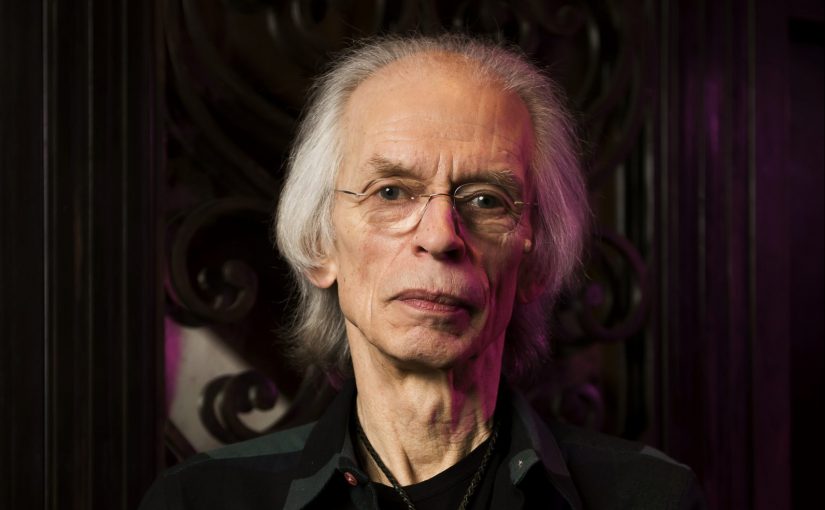 ‘Love Is’, is the latest solo album from Yes guitarist Steve Howe. Steve has been the guitarist in Yes since the ‘Close To The Edge’ album in 1972 and in that time his guitar mastery has entranced millions of fans with his unique style and skill on both electric and acoustic guitars, his harmony vocals also playing a supporting role to the vocals that made Yes so famous. His incisive guitar work was also heard on the original brace of albums by Asia, especially on the huge radio hit Heat of The Moment, among many others

Asia were the group he revisited on several occasions over the years but this new solo album is a little different in that it features current Yes vocalist Jon Davison on the vocal tracks which comprise five of the albums ten tracks. Jon also provides bass guitar on these same five tracks. In reality  the album is all fairly laid back with only a few songs raising the pace but, somehow, this doesn’t really matter for what we have here is a master craftsman at work, still striving to push himself forward and make new music that is worthy and has merit.

This is certainly the case here, especially on the vocal tracks as these have a real edge to them delivered by Jon Davison. These songs also have a feel of Yes to them, even without the rest of the band onboard. Certainly one can see It Ain’t Easy finding a place on a Yes album and it being a highpoint of that, just as it is here. Also worth a mention is the delicate steel guitar on the instrumental Pause For Thought, which shows Steve’s nimble finger work off to great effect, its complex playing proving quite strident, making it one of the better tracks. This playing is quite lyrical really making this a song without words and sounding very good too!

Imagination also has that same strident feel to it, being the better for it too. The song has some fine playing from Steve. While his playing here is song cantered and is not focused on showing off on fiery solo’s, the solo’s that he does deliver are brief and fleeting, aimed to fit in with the tone of the songs or the moods of the pieces. In all honesty, this plays to the strength of the songs as an overall album and it is probably best appreciated as such.

This is a good album by a great musician and, while there is nothing here that makes you go wow!, if you let the music do the talking and you are prepared to listen to it, you will find snatches of real skill and moments of beauty. Like those found in The Headlands where Steve finally lets rip  with some sublime guitar lines backed by some fine acoustic guitar. This song is possibly my favourite on the album, although I also like See Me Through and Fulcrum, both of which are really satisfying to hear. The title track Love Is A River is also a stand out moment that shouldn’t be missed.

I do feel that it would have been good to hear more of Steve really cutting loose and tearing up his fretboard but, hey, at seventy odd he probably isn’t interested in doing that any more. Instead we’ll just have to be happy to settle for the amazing craft he brings to these pieces.

The final track, On The Balcony, has the most rock orientated feel to it, with its chugging riff and rhythm moving it along nicely. This has a good use of dynamics to it really but, overall, I feel that many fans will simply not bother to listen to this album wanting the next Yes album instead, and that is very is sad as this disc has many moods to it and a hell of a lot to commend it.

Personally, I am very glad to have heard this and wish Steve all the best for this album’s success. He has created an album that rewards the diligent listener and, on that basis, I can highly recommend it to you. If your knowledge of Steve Howe is limited to key Yes albums and the Asia material then you really should give this album a try. Steve has released a lot of albums over the years, from his first ‘Beginnings’ and ‘The Steve Howe Album’, both in the mid 1970’s, to the more recent ‘Nexus’ (with son Virgil) and the Steve Howe Trio albums and, in my honest opinion, ‘Love Is’ stands comparison with the best of those.