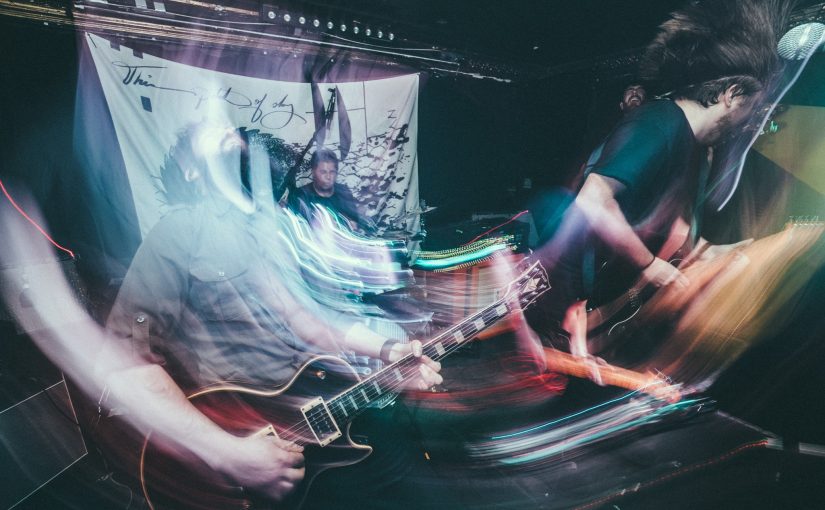 Antique Lands: OER Live at ArcTanGent is the first official release of new material since Only Echoes Remain’s 2017 debut The Exigent, and features several live versions of new songs that will eventually feature on the band’s sophomore studio album (due next year), as well as a powerful version of Exigent ‘fan-favourite’ Aurora.

Guitarist Arran Oakes told me, “The significance for us is that, being the first official release since the album, it’s a big statement for us since we think we’ve evolved quite a lot musically/compositionally since writing the Exigent over 2016/17. If the Exigent was more post-rock with some prog tinges, our new material is a lot more progressive, with much more elements of post-metal and math-rock, while still retaining those signature OER moments of reflection and euphoria that does tend to come with post-rock. I don’t think we’d call ourselves a post-rock band any more though, definitely more contemporary prog with post-metal influences.”

Following on from the sweeping, monstrous soundscapes and riffs of The Exigent, the new material shows an increasing maturity from this intelligent, thought provoking band.

With as many crushing guitars and riffs as moments of blissful euphoria, the new material demonstrates that OER have picked up the baton from their debut album The Exigent and truly run with it, honing their sound to a tighter, more progressive and more explosive peak.

Their sound on this record is a welcome evolution from the more traditional post-rock of The Exigent, now being far more in-your-face and compositionally diverse – contemporary prog with more than a little post-metal thrown in for good measure, while still retaining those moments of calm melodic euphoria from their post-rock roots.

That’s not to take away from an utterly blistering live version of perennial favourite Aurora which literally raises the roof but the brooding genius of recent single Monolith certainly showcases their sophisticated development, along with the dark and delicious I Am Ozymandias and the pulsating, hard-edged post-rock of Eclipse, another song that fans are sure to take to their hearts.

It all augurs well for Only Echoes Remain’s forthcoming second album, due in 2020. It’s certainly a release I am really looking forward to!

Order the EP from: https://onlyechoesremain.bandcamp.com/album/antique-lands-oer-live-at-arctangent

King Crimson celebrate their 50th Anniversary this year. As part of these celebrations they will perform a trio of shows at the Royal Albert Hall on 18th, 19th and 20th June and special concerts across three continents, including both festivals and headline shows.

This very special group of musicians has allowed the band, for the very first time, to access material from throughout King Crimsons long history. In fact, since 2014, they have played a large number of historic pieces which have never previously been performed live, as well as old favourites, and their own newly written material.

The shows are regularly around three hours long, with a setlist newly written each day by Robert Fripp.
Founding member Robert Fripp who has been a constant throughout the bands history recently observed the Anniversary with an exclusive one-day event in London which was attended by worldwide media. The event included a presentation by film director, Toby Amies who is currently editing his forthcoming King Crimson documentary Cosmic F*kc which will be released later this year.

Completing the availability of all of King Crimson’s studio albums from 1969 – 2003 in hi-res stereo & 5.1 surround sound.
More releases follow later in the year.