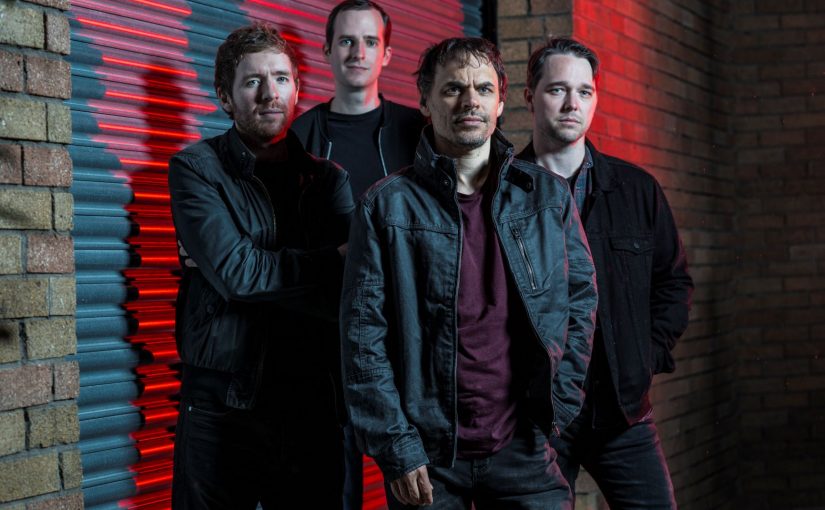 Having released their latest and most accomplished album to date Inescapable, to media and fan acclaim in February, Godsticks proudly present their new single and video “Victim”.

Darran Charles explains the meaning behind the song “All of us seem to agree that this is our favourite song on the album. There is a definite progression from a light mood to a very dark and angsty vibe, which from a compositional standpoint was extremely challenging to achieve, but eventually very rewarding. To me the song is essentially about arguing with myself – looking inside and not liking some of the things I find. You can visualise the person you want to be but trying to change can also be a process just as hurtful as coming to terms with our flaws.”

Godsticks’ drummer Tom Price expands on the creative process for the video  “For Victim’s music video, we decided to focus on another big visually impactful performance, so we simply had to work with George Laycock from Black Tide Audio Visual again because he did such a great job with our ‘Denigrate’ video. With the help of lighting engineer Laure, we dreamt up a light show to emphasize those two different moods in the song that Darran was talking about – shifting from low-key in the first half into high impact arena-show lighting in the second. Everything came together once again and we could not be more happy with the finished product!” he continues “We hope the new video will at least provide a little distraction to anyone gracious enough to view it during these crazy times; all 4 of us are certainly very proud of it. We hope everyone out there is staying safe and well and trust me when I say that the band is itching to get back out on the road as soon as possible!”

With Inescapable the band have channelled their energy and technical ability into the melody, phrasing and vocal performance, allowing emotion to take centre stage. Their mix of heavy rock, progressive and alternative metal with a dynamic range of angular riffs and emotional depth is leaving listeners reeling. On this release Godsticks found a definitive theme running through the songs, one of being more open and more personal; ultimately one that shines an inquisitive light on Charles’s struggle with inner demons which give the songs a new level of intimacy. Inescapable was produced by James Loughrey (Skindred) and recorded at the famed heritage Monnow Valley studio.

A selection of some of the great reviews from the media on Inescapable:

– ‘A mighty powerful piece of work that could be as perfect as Godsticks are going to get. Savour the moment’ 9/10 – Powerplay Magazine

“an exquisite album that is without a doubt their strongest” Betreutesproggen.de

“The songs excited me, because there is so much to discover while listening to them.” Twilight-magazin.de

“Inescapable” is thoroughly a solid work of great ingeniousness” 5/5 DrumHeads!!

“a real success and their best album so far!” 4/4 Highlands Magazine (FR)