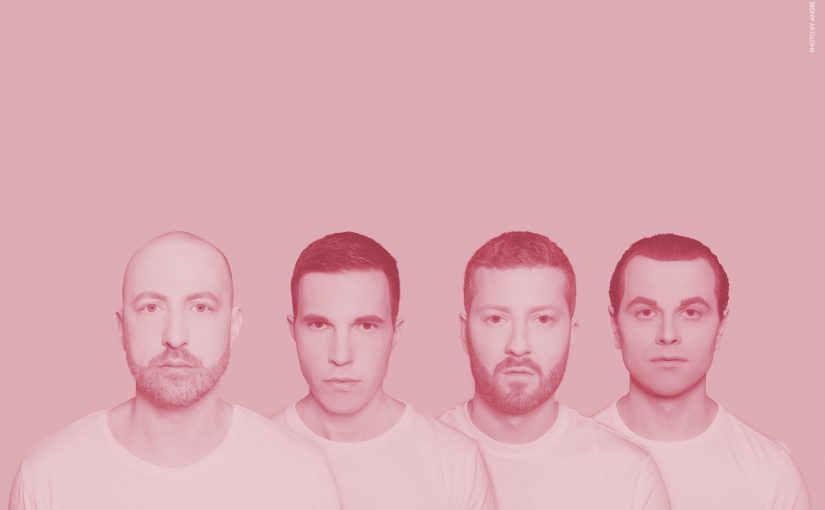 LONG DISTANCE CALLING, Germany’s most internationally successful instrumental rock act, have announced the release of their seventh studio album ‘How Do We Want To Live?’ for the 26th June 2020.

The band comments on the new album:

“We are all going through crazy times right now and we were thinking about postponing this news for a couple of months. But we have the feeling that our new album, “How Do We Want To Live?”, is a great companion for the current situation and our lives. We started recordings back in February and finished it during the lockdown. This alone makes it a special chapter for us, but we also expanded our musical cosmos without neglecting our well known trademarks.  The album deals with the coexistence of man and machine, shining light on some currently (frightening) relevant aspects. We are incredibly proud of what we have achieved and we say thank you to everyone involved on this journey. Many of you have already asked how you can support us. We have a pretty simple answer: get the new album! We put a lot of love and effort into this baby and can´t wait to finally share it with you. Stay healthy! Peace LDC”

‘How Do We Want To Live?’ sees the band forging a sharply defined & artistically tight exploration of the relationship between humanity and artificial intelligence, and the state of digital progress. Comprised of 10 tracks which contain all the classic LDC-trademarks whilst also bringing something completely fresh and unexpected to the table with their ambitious use of electronic sounds, a perfect symbiosis between man and machine.

‘How Do We Want To Live?’ will be available as a Limited Edition CD, Gatefold Black 2LP + CD & as Digital Album. A limited deluxe box-set will also be released, containing a special coloured edition of the album, an exclusive 7inch featuring two remixes, a beautiful poster featuring the albums stunning artwork by Max Löffler, and 4 individually signed art-cards all contained in a lift-off box. Pre-order now here https://longdistancecalling.lnk.to/HowDoWeWantToLive

The track ‘Beyond Your Limits’ continues the band´s tradition of having one track with a vocalist, and features the talents of Eric A. Pulverich of the band Kyles Tolone. As the band comments: “We got to know him over our producer Arne Neurand. We were instantly fascinated by his voice and we wanted to show the quality of his voice and melodies.”

It was recently announced that the band have been nominated for the GEMA Musikautorenpreis 2020. This is an integral part of the German music landscape and unique in its focus on music writers. GEMA has been honoring composers and lyricists for their musical work in this way for 12 years, and is representative of the great diversity and the enormous range of fascinating works across genres.

LONG DISTANCE CALLING will return to the ‘Seats & Sounds’ format for a German tour in September 2020.

The band recently released their first ever live album ‘STUMMFILM – Live from Hamburg (A Seats & Sounds Show)’. Filmed during a special run of dates in early 2019, it saw the band performing seated shows in some very special locations for a stunning audio-visual experience.