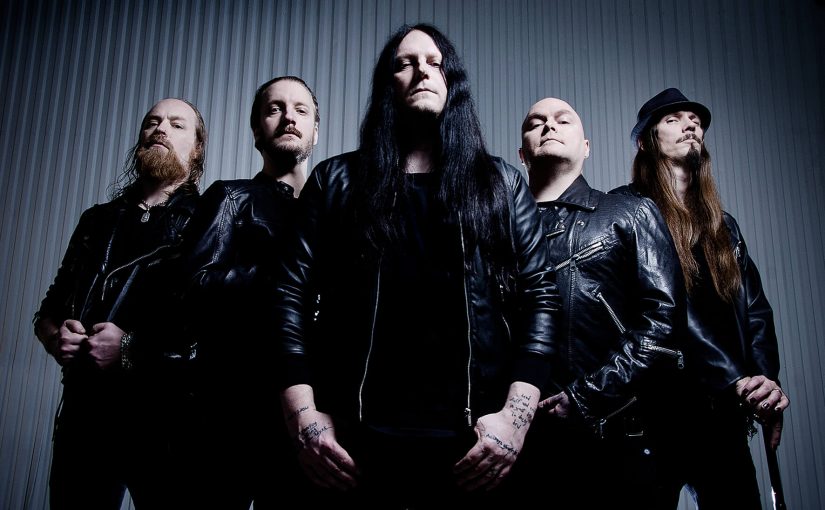 With the release of Katatonia’s new opus City Burials imminent, on 24th April through Peaceville Records, the band present their 3rd single to be taken from their new studio album entitled “The Winter Of Our Passing” on 22nd April.

The track is also being made available as an instant download with all pre-orders of the digital version of City Burials.

“The Winter Of Our Passing” follows on from the album’s debut single “Lacquer”, and the upbeat “Behind The Blood” featuring Katatonia’s trademark screaming guitar solo and hugely memorable chorus.

Of the new track vocalist Jonas Renkse states “’The Winter Of Our Passing’ is a concise song that mixes electronic elements with a classic Katatonia chorus. It’s a song about surrender and trying to navigate the darkness.”

Three years in the making, City Burials is another huge statement from the legendary band that are eleven albums into a career that spans three decades.

With the winds of a new direction steering Katatonia onward & ever outward, the first single “Lacquer” exuded a newfound refinement and eloquence, parading meticulously sculptured treasures of turmoil with its poignant yet soaring vocal refrain. City Burials stands as Katatonia’s new triumph of deep, progressive rock with what has come to be a rejuvenating, stirring and profound chapter in the band’s legacy – a catalyst for the burdens of its creators, a collection of moments constructed out of the fragments of an evolving life, all compiled into one of the band’s most important modern works and statements to date, with the voice of Jonas Renkse guiding us through these latest trials of loss and ruin.

City Burials was recorded at Soundtrade Studios, Tri-Lamb Studios & The City Of Glass, throughout October & November 2019, with engineering work handled by Karl Daniel Lidén. The album also features a guest appearance by Anni Bernhard, the voice behind Stockholm based act Full of Keys. Artwork appears courtesy of Lasse Hoile, the image itself representing the ongoing era of the Dead End King.

The new opus is garnering huge praise from the worldwide media as is evident in just the small selection here:

“City Burials shows one thing: there is still much passion within this band” Metal Hammer (DE) 6.5/7, soundcheck #1/album of the month

“Katatonia never sounded so modern like on this album. With City Burials they created a dreamy, melancholy album with lots of atmosphere” 9/10 – album of the month Eclipsed (DE)

City Burials will be released on CD, deluxe mediabook CD with bonus tracks, black and coloured vinyl LPs with a bonus track and digitally (Digital pre-orders receive “Lacquer”,  “Behind The Blood” and “The Winter Of Our Passing” as instant downloads). Pre-orders available HERE