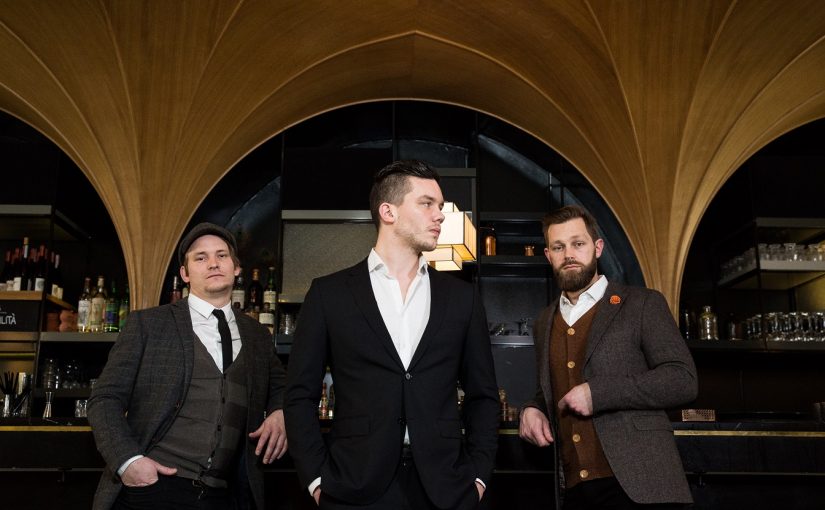 “Music is probably the only real magic I have encountered in my life. There’s not some trick involved with it. It’s pure and it’s real. It moves, it heals, it communicates and does all these incredible things.”

A poignant quote from the great Tom Petty and one that surely rings true in today’s troubled times. I love the surprise of hearing new music that moves you and takes you to a better place, there truly is nothing better.

Featuring members of both Airbag and the Björn Riis touring bands, Oak is a Norwegian progressive pop/rock band that originally emerged from a folk-rock duo. The four members have a diverse background spanning from classical piano to electronica, prog- and hard-rock, with references to the alternative scene as well as progressive rock – something that has combined to make a distinguished and unique sound. Mixing this with great musical skills and a vision of being accessible to a wide audience resulted in their debut album ‘Lighthouse’ in 2013.

Five years later, they are back with the stunning follow-up ‘False Memory Archive’. A natural continuation from ‘Lighthouse’, to which it has several small nods and references. The album has been meticulously crafted, with more use of electronics and low bass frequencies. It is both darker and groovier than its predecessor, while still sounding familiarly like Oak.

The promo arrived, unassumingly, in my inbox a few weeks ago and it was only because the band’s name triggered some sought of recognition in my mind that I decided to give it an immediate listen. ‘False Memory Archive’ is an incredibly engrossing and memorable listening experience. The opening track We, The Drowned immediately draws you into their dark but satisfying musical world. Simen Valldal Johannessen’s heartfelt vocals drip empathy and pathos and the band’s music just bleeds emotion, I was hooked from the first note.

The album has a feel of the more melancholy side of progressive and alternative music and will inevitably draw comparisons with the likes of Steven Wilson and The Pineapple Thief but these impressive musicians can stand their own ground as can be seen on the wistfully sombre but utterly graceful Clare De Lune. The album is really beginning to strike a chord with me, a wonderfully affectional musical journey that touches your heart an soul.

The darker progressive feel of title track False Memory Archive is countered by the uplifting harmony of the elegant chorus then the sparse, hauntingly pensive Lost Causes just leaves you open mouthed and slack jawed in appreciation with its powerful and yet stark message. It’s an utterly magical piece of music that cements just how good this band truly is. The delightfully playful classical interlude of Intermezzo is grace and class personified and works like a musical amuse-bouche before the tension is cranked up by the mesmerising dark delights of The Lights, a captivating ten minutes plus of cat and mouse where light and shade intertwine and leave the hairs on the back of your neck rising.

The highs just keep coming, These Are The Stars We’re Aiming For pulsates with energy punctuated by sincere passion and fervor, Transparent Eyes is a plaintive contemplative track that almost rests a comfort blanket over your emotional state and the closing track, Psalm 51, is achingly beautiful, an ethereal joy, a song of longing and of love that brings a tear to your eye and yet joy to your heart. 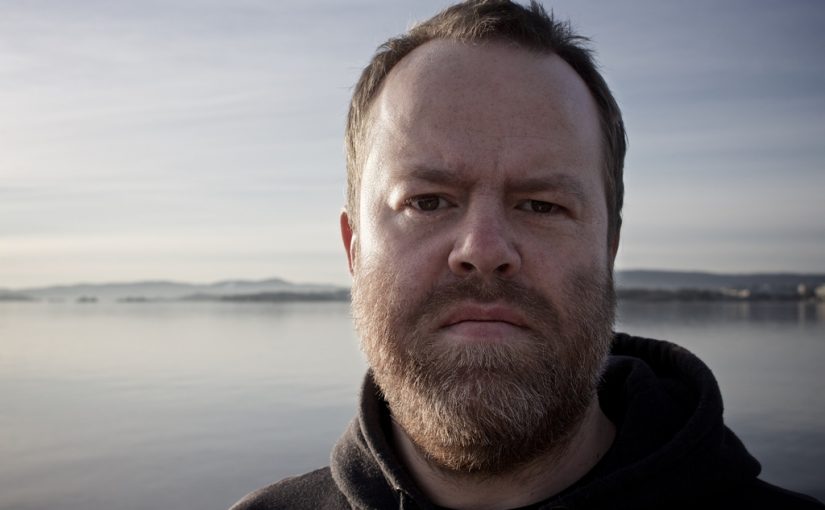 An Airbag is a device designed to save your life or reduce injury in the event of a collision.

Can music save your life? Who knows?

But life does does bring us in to collisions with all sorts of unexpected events and we try to find ways to survive or at least lessen the impacts. From the sound and themes of Bjørn Riis’ second solo album, ‘Forever Comes to an End’ , it does seem evident that perhaps life has been impacting upon him deeply, reflected in an emotional release. Emotion is not a word usually associated with the sweeping, glacial Floydian soundscapes so beloved of Airbag, but Bjørn Riis has successfully created a more personalised album, infused with fragile feelings and delicate melodies alongside his trademark architectural sonic structures.

Bjørn Riis is the main songwriter and lead guitarist of the Norwegian Progressive rock band, Airbag, and that background is very apparent in the style of this album, although title track Forever Comes to an End does open the album in furious and heavy fashion, exploding into action immediately with Henrik Fossum of Airbag pounding out insistent driving drums. The theme of broken relationships and loss, with musings on the tension between Love and Hate are starkly focused upon in this crunching number:

Bjørn Riis contrasts the darker hard riffing passages, reminiscent of Sabbath’s Toni Iommi, with occasional lighter, less intense shafts of musical sunlight, framing impassioned pleas to stay. Vocally Riis delivers this song, and the whole album, with a sense of  beautiful melancholy and yearning. This is powerful stuff in more ways than one. The brief bleak interlude soundscape of Absence atmospherically takes us to the emotive shores of The Waves, seguing with Ocean sounds as Riis intones mournfully :

‘I’ve been down for too long, I almost drowned,

In The Waves there is a fragility and emotional intensity in Riis’ voice, akin to Tim Bowness of No-Man, which gives this album a sense of honest emotion and humanity, born from personal experiences, and moves parts of this album away from the now predictable trademark Floyd style so successfully produced by Airbag on their albums. The Waves wistfully fades as the tide of the song recedes with echoes of the cinematic soundscapes of Thomas Newman film scores. Instrumental Getaway slowly builds and builds, with layers of guitars across a sweeping canvas on synths, until a break of echoing keys and percussion is glided over by an icy guitar line. The driving rock theme returns with added wah-wah guitar, outstanding drums and riffs that more than hint at Porcupine Tree, that all add up to quite a thrilling ride. Calm shimmers with delicate beauty with a simple piano motif and acoustic guitars over lain with flute sounding keys, and then the whole piece eventually drifts away in to the distance, virtually acting as a beautiful introduction into Winter, the centrepiece of the whole album.

A gentle opening adorned with lilting acoustic guitar, over lain with subtle, tasteful  electric guitar dashes in the vein of Marillion’s Steve Rothery, express the contradictory emotional forces of resentment and forgiving, hate and love…

“Now she’s gone, but I still want her here, She stole my heart and she turned it into stone…”

This remarkable piece develops with increasing intensity as Riis builds with beautiful musical textures and Sichelle Mcmeo Aksum adds a female delicacy to the vocals, alongside Riis. The inevitable Gilmour like soaring lead guitar parts are used sparingly but effectively. Riis’ guitar is the main ‘voice’ in Winter as he uses it intuitively to emotionally express probably what words sometimes cannot say about broken relationships. A lovely bass line with uncanny echoes of Porcupine Tree’s classic ‘Dark Matter’ underpins the gradual elegiac disintegration of this great song.

A simple but touching piano melody by Simen Valldal Johannessen introduces Riis’ finely judged emotional vocal in the  final heart-breaking song Where Are You Now. Flute like keyboards float over a gradually building theme before Riis emotively illustrates this emotional song with a glistening, gliding guitar solo. The song and album finishes as Riis’ fragile vocals lead to the simple stark beauty of the opening piano motif. Heart break seldom sounds so beautiful.

There will be inevitable comparisons by some to later Pink Floyd, and fans of that band will find much to admire and touch them in this album. Sonically the production is perfect – this drips with feeling and atmosphere. Some of the songs would also not sound out of place on an Airbag album, which is inevitable considering Riis’ main role in that band. However, there is much more to ‘Forever Comes to an End’ than a Floyd pastiche or just an Airbag album by another name. Riis has really put his heart on the line on this release and such emotion exudes from the imaginative music and heartfelt lyrics on this intensely personal album.

Will this album save your life?

Very probably not, but like an Airbag ‘Forever Comes to an End’ may very well stop you getting a headache (!!) and  will certainly help you deal with the collisions and impacts of what life throws at us.

(Photos of Bjørn by Anita Stostad)

Order ‘Forever Comes To An End direct from the artist (Europe)

Order ‘Forever Comes To AN End from Burning Shed (UK) 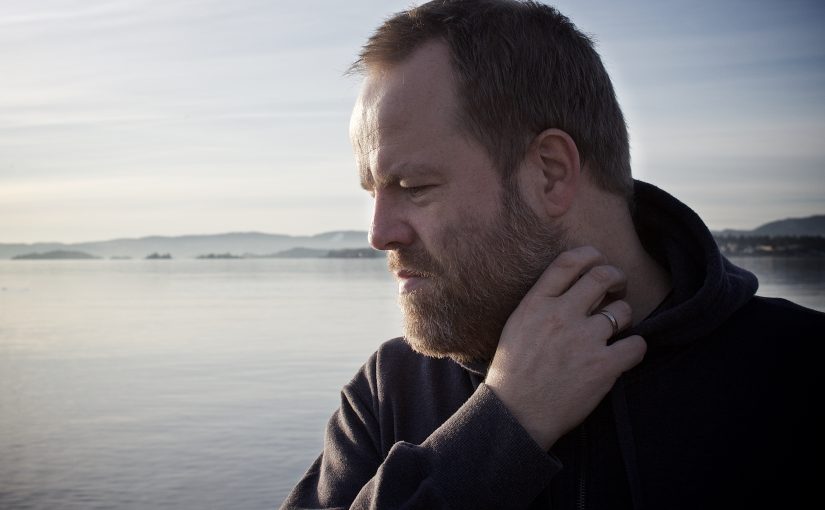