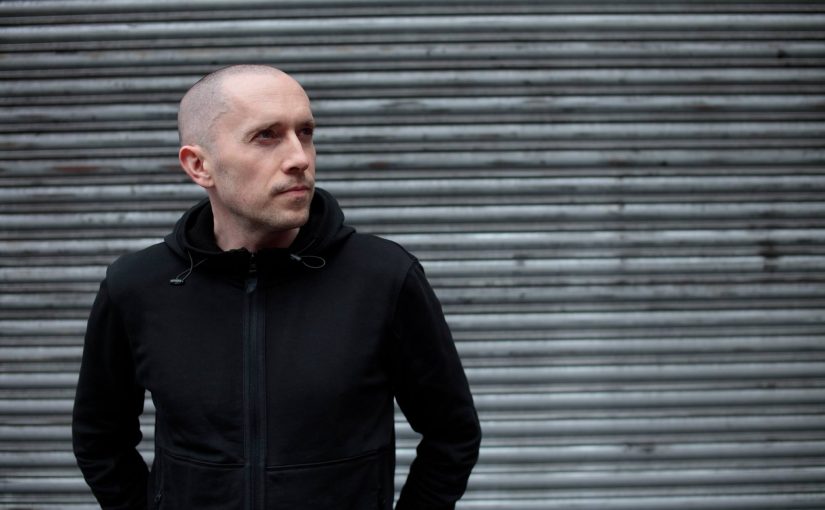 Whenever I get a new album through to review from the great guys at Progradar and Bad Elephant Music I tend to download it onto my phone and put the headphones on to listen whilst I walk my dog in the morning. It’s a time, as the world around us comes to life, for reflection and to empty troubles and worries from the previous days and prepare for whatever is going to be thrown at us. And it’s a time when I can drift off to wherever the music I’m listening takes me, thinking about the images and feelings that are inspired and where I draft, in my head, these reviews I write.

This morning’s walk with Mungo was an enriching experience as the debut solo release, ‘Suite for Piano and Electronics’ by Matt Baber created an ambience that complemented our early morning enjoyment of the countryside around our home in North Oxfordshire. Baber, with reference to his influences such as Steve Reich and Keith Emerson, is a pianist and keyboard player of some sublime skill; the music he creates has a simple beauty and flow that is evocative and moving. It is not easy to categorise this music, as Baber himself says in Bad Elephant Music’s press release, but it’s all the better for that, this is music that gives the listener the scope with which to enjoy it how they wish.

When I was a kid I used to be inflicted, by my dad on Sunday morning’s, with easy listening piano ‘lift’ muzak from the likes of Richard Clayderman and that gave me a distrust of anything piano based. However, in recent years, I have found a new love for this instrument through the work of the likes of Rick Wakeman and Tony Turrell who have both released fabulous albums of piano playing. Baber’s album fits neatly into that new love I have.

As I walked across the fields in the early morning with my dog, two contrasting pieces of music came to my mind. Firstly, the work of the likes of Vaughan Williams and Elgar, pieces of work very much inspired by the environment around them with Baber’s suite having the feel, if not necessarily the style, of something quintessentially English in its backbone. The second point of reference for me, and which is the highest compliment I can pay Baber, is that, once I finished this album, the piece of music I needed to listen too was the theme from the film, Merry Christmas Mr.Lawrence, Ryuichi Sakamoto’s hauntingly beautiful piece. The lifts and drops in style and tempo on this album create that same beautifully evocative wonder as Sakamoto’s masterpiece, it truly is that good.

Matt Baber has created here an album that is, as Bad Elephant’s David Elliott says, ‘…intelligent and melodic stuff, easy to fall in love with.’ I certainly did, I’m sure people who take the time to listen to this will do too. Put it on your headphones, take yourself and your dog, if you have one, for a long, long walk in the fields and countryside and immerse yourself in the beauty around you and in your ears. 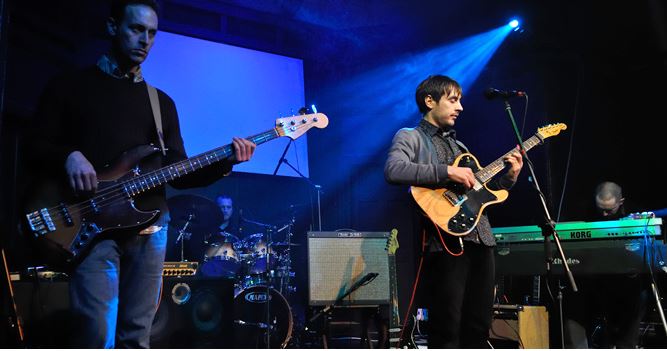 Good music is often unexpected. It piques your interest, takes you by surprise and gently lures you, slowly but surely, into the complex twists and intriguing turns of the journey that awaits. Sanguine Hum’s fourth studio album ‘What We Ask Is Where We Begin: The Songs for Days Sessions’ is precisely that kind of unexpected and quite delightful treasure trove of surprises which never fails to fascinate, captivate and enchant, all in equal measure.

What is perhaps striking about this release is not only the rich diversity of styles, textures and sounds which gently emerge across each track but also the enhanced and noticeable clarity of the recording itself. There is, without doubt, an inherent and quite focused understanding of the relationship between playing, recording, producing and presenting music which speaks volumes of the passion and commitment of the band to engaging the listener, on all levels, to the experience they wish to share.

Indeed, getting the mix right is supremely important given the subtle, complex and ever shifting combination of instruments and arrangements. Those familiar with the band’s excellent 2015 release ‘Now We Have Light’ will be well aware of the fluid and highly creative changes throughout each song in the balance and the relationship between the instruments which creates the wonderfully atmospheric feel and sound which has come to characterise their music. ‘What We Ask Is Where We Begin is a veritable’ smorgasbord of textures and compositions where the consistency and the character of the music is built on and maintained by the changing interactions between the musicians. This is not about individual virtuosity (though it is unquestionably evident) and there are none of the archetypal prog solos to dazzle and amaze. This is a virtuosity predicated on togetherness, on weaving musical patterns that emerge from the band having that instinctual understanding of each other’s style, skills and abilities and how these can work together.

The reward is an album which bristles with variety, celebrates the unexpected and leads you down musical pathways which are satisfyingly rewarding. Matt Barber’s keyboards are a fascinating study in how to combine technical discipline with creative adventurousness and, in the process, forms the focal point off which the other instruments play. Joff Winks on acoustic and electric guitars brings a distinctive and smoothly forceful character both to the manner of the playing as well as to the various guitar voices themselves. It is the perfect balance to the sensitively weighted and emotionally endowed vocal stories he weaves.

Brad Waissman brings scale, depth and resonance to the soundscape, his bass lines tight, crisp, never aggressive but always rounding out the sound whilst building playful patterns within it. Andrew Booker’s drumming is thoughtfully expressive, bringing playful intricacy one moment and assured reliability the next, rising and falling as the space in the sound stage warrants. Yet to single each band member out like this is perhaps unfair; they rise and fall, stand forward and fall back in balance with each other and it is this fluid and flexible relationship they share which creates the consistently intelligent music for which Sanguine Hum have become known and earned them recognition in the form of a nomination in the Progressive Music Awards in 2013. So what is therefore surprising is that although ‘What We Ask Is Where We Begin‘ is, technically speaking, their fourth studio album it is, in reality, actually their very first!  ‘Songs for Days’ was originally recorded in 2006 before the band had settled on the name Sanguine Hum and released instead as The Joff Winks Band. The inability to find a record label willing to release the album led to it being available only as a download with the unfortunate result that its public reception was extremely limited.

The choice to release it again now, and in such proximity to ‘Now We Have Light’, is to be applauded. It is intriguing and instructive to observe the lines of continuity between the two, the development of styles and techniques, the recurrence of lyrical themes and ideas as well as the introduction and evolution of novelty into and within the band’s sound.

The care and attention which has been given to the release deserves commendation. Disc 1 contains an extended remaster of the original ‘Songs for Days’ release. Disc 2 contains an impressively wide ranging selection of previously unreleased music, material written specifically for this release, outtakes, remixed singles, B sides, a Steely Dan cover and a host of other fascinating bits and pieces.

As with the original composition, careful thought has clearly been given to why the band feel this is such an important part of the Sanguine Hum archive, what the best way of presenting that feeling is to both established as well as new fans, how to preserve the integrity of the music amidst the production values and what they hope to achieve by finally letting it loose in the public arena once again.

It does pique your interest, it does take you by surprise on so many fronts and it will, ever so gently, lead you down a set of thoroughly enjoyable musical pathways.

What We Ask Is Where We Begin: The Songs For Days Sessions