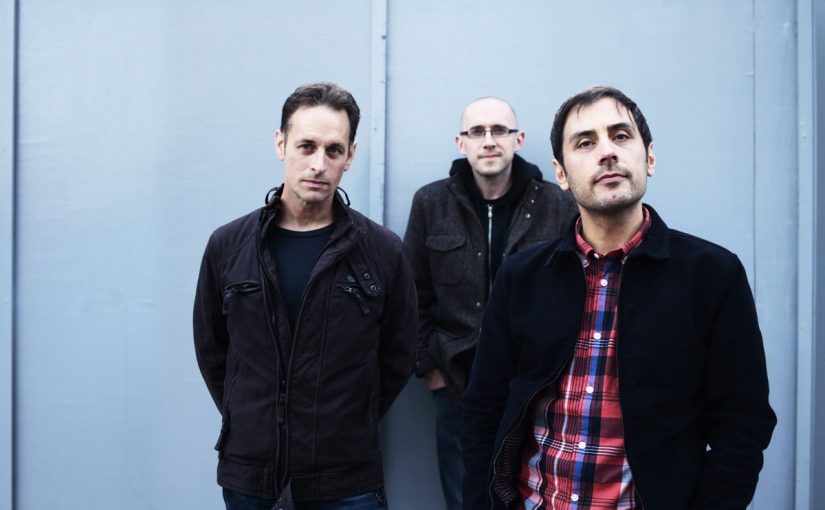 Oxford’s finest sons make a very welcome return after quite a lengthy absence. After 2018’s ‘Now We Have Power’ this new album is a little different to what has gone before, allow me to explain, if I may.

Firstly, ‘A Trace Of Memory’ was recorded during the first lockdown period in the UK. As a reaction to, and a step towards preventing further outbreaks of, the Coronavirus, this meant recording remotely and in a segregated manner. In fact that the album got completed is a wonder in itself! As a result of that difficult period, the music they offer this time around is a little less frantic and a lot more ambient in nature. Don’t worry, it still has lots of familiar sounds and the fine voice and guitar of Joff Winks and the elegant keyboards of Matt Baber although, this time around, the sound is more expansive and wide screen and possibly more open and uncluttered.

The album opens with New Light, a shorter ambient track full of keyboards interspersed with  guitar lines and runs. This is a very musical piece with a great feel and mood to it that certainly impresses and the wonderful guitar tones throughout set you up for what is to come, namely The Yellow Ship, the album’s longest track at 13:07. This impressive song opens with keyboards, shimmering cymbals and lightly strummed guitars. Joff’s vocals are measured and pleasant, Matt’s keyboards are highly effective, as is Wink’s guitar as he plays a lot of circular patterns here, albeit highly effectively. Some might feel that this song has lots of atmosphere but may lack a certain sense of direction or that could just be my interpretation of it. It is, however, all wrapped in a very lush sound that gets a bit more aggressive towards the end as the guitar starts to sound a bit more metallic sounding offset against the keyboards. Towards the close there is a return to a calmer sound and more of that strummed guitar that is exceptionally fine and effective.

Pyramids features field recordings of birdsong and other noises as it opens, this is followed by some tasty plucked acoustic guitar and more ethereal keyboard sounds and textures. These textures are interspersed with more distorted guitar chords and there is a nice touch of electronica in there too if you listen out for it. Thin Air is another lively soundscape track with more superb guitar lines woven throughout its short running time of 3:16. It also contains some strong bass parts to flavour the sound and the atmospherics of the album.

Unstable Ground has some delightful keyboards and short guitar runs that together create an atmosphere of longing for something lost or unavailable. This could well be a veiled reference to the lockdown period. Lyrically this is a darker composition, but the vocals add much to the power of the piece. Still As The Sea is next which is another somewhat whimsical song with echoes of the Canterbury sound of the likes of Caravan and early Soft Machine, again subtly effective guitar is employed to give the song its pace and setting making this a shorter song a highly effective one.

We then arrive at the final track on the album, Automaton, the albums second longest at 8:06. It opens with keyboards and electronic blips and pulses before gaining a slow burning momentum when the guitars segue in, playing more ascending chord patterns before a jazzy piano sound takes over. This piece is an instrumental song throughout but there is enough variation and imagination used to make this very strong sounding, the guitar being powerful and commanding  of attention. This is a good finale to what has been a very interesting album that may not resonate with everyone on first listen but is definitely worth persevering with.

One must be grateful that Sanguine Hum are still around and continuing their own brand of whimsical Canterbury influenced progressive music. They certainly are not afraid to take chances and they should be acknowledged for doing so on this album. If you like bands like Caravan or early Soft Machine and the whole Canterbury sound or scene, then I am certain that you will find this to your liking.

Order on CD or vinyl from Bad Elephant Music here: