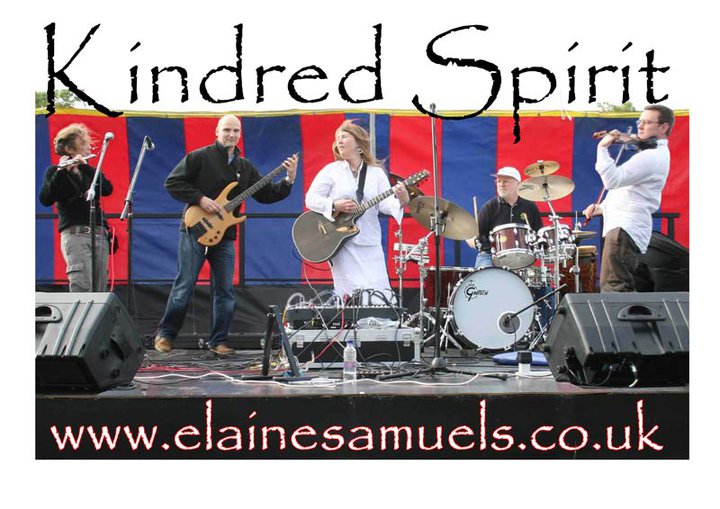 I will be honest, Kindred Spirit and Elaine Samuels are new names to my ears so, when this landed into my inbox, I had no expectations or preconceived ideas as to what I was going to hear. I rarely read the promotional material before I hear the music. As ever, the first listening is in the dark late night/early morning to get the feel and impact of the 12 tracks and the flow of the album.

I have a love/hate relationship with the Folk based aspect of the progressive music scene. When done well it can be outstanding but when it is done poorly it feels too inward, regressive and inaccessible to my ears. I will start by saying this album is not in the latter category and is very close to the former.

It feels odd that I review the Album shortly after the sad passing of Dave Swarbrick, fiddler supreme, a player whose style is obviously an influence on Gavin Jones, the violin player on the album. The Violin is the primary lead instrument on this album and it is used well and with power and skill.  On It’s not too late it counterpoints Elaine’s voice superbly, giving strength to the mystic quality of the lyrics that Jon Anderson would be proud to produce.

The Cover version of Horse with no name blends directly into Drunken Landlady and it feels like Stéphane Grappelli had joined a jam session with a very Jazz feel with a Celtic Flute vs. Violin battle going on. This is where ex Judas Priest Drummer Les Binks shows his skills driving the song from behind the beat.  Bizarrely I am reminded of the Horslips’ ‘Book of Invasions’ here, but it works very well.

Feed the Fire  is a very prog rock driven song, with the emphasis on ‘Rock’, a heavily distorted bass and guitar combine cleverly with some fine soloing from Flute, Violin and Guitar.

I am not sure whether Kindred Spirit, as a track, is another of those songs that reflect the journey of the music or the journey with a fellow musical traveller given form but it opens the album well.

Children of the Stars has some beautiful Sax playing in it and is a truly great piece of music with great harmonies and structure. I have a small suggestion for the next album – more Sax please!

The title Track The Phoenix is obviously a deeply personal lyric of loss and renewal reflecting her own personal back story but, then, I get the feeling all of her lyrics come from that place inside her where we all hold our pain and seek catharsis.

These songs have been written by Elaine over a long period of time from the start of the century up to 2015.  The main themes I detect are about renewal and celebration preceded by pain and toil. It’s not a concept as such but, like many song writers, I know the muse comes from a certain place in this case.

The inevitable comparisons can be drawn and this where I refer to the promotional notes provided by Stephen Lambe.  If you like Renaissance, Curved Air, Solstice, Touchstone (in their softer moments), Big Big Train and, obviously, Jethro Tull and Fairport Convention then you should definitely check it out!