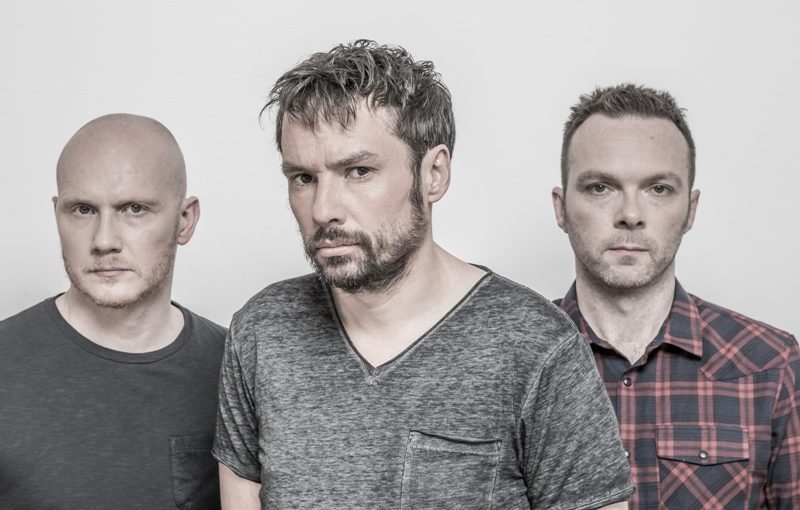 About fifteen years ago I was rooting through a ‘bargain’ box of CD’s and came across one called ‘Jet Set Radio’, by Vulgar Unicorn, intrigued by the name and attracted by the price it found a place in my growing collection.

Then there was a time I collected my children for an all too rare visit from their Mum’s in Yeovil, a place full of history but devastated by modernity. As I wound up a hill toward their dingy council estate, I passed a theatre on the side of which a poster advertised a band, The Pineapple Thief (TPT). Again intrigued by the name I sought out what information I could and acquired ‘137’ and ‘Variations on a Dream’, and to this day they have remained my favourite two CDs of this band’s output; until this day…..

I still marvel how I came across this band and the fact I never realised the link between Vulgar Unicorn and TPT until a number of years later whilst browsing the sleeve notes to find the name Bruce Soord appeared on both. Now an established and sought after producer, dabbling in Wisdom of Crowds (with Katatonia’s Jonas Renkse) and with a solo album under his belt that appears to have rejuvenated his musical intent he returns with the 11th studio offering under the TPT monicker, ‘Your Wilderness’.

Fresh from watching their stunning performance at Be Prog My Friend festival in Spain, as headliners on the Friday evening, (report available here on Progradar), I had mixed emotions about reviewing this. I have always really liked this band and rate them alongside Porcupine Tree (PT), though I have never agreed with the comparisons in music style that some seem to find.

That said, whilst brilliantly produced and lovingly packaged, I had felt the last couple of albums, despite credible reviews, had an air of frustration and the feeling of treading water. I had feared that as have others, their ascendency and Bruce’s rising popularity in the industry may turn them into mediocrity and (the only comparison I will draw) that they may fade and disappear like PT. You stupid boy, Thompson! The cover picture could be interpreted as being in a wilderness and facing a difficult summit to climb, but I should have more faith……

A drum beat introduction leads in to Bruce’s distinct vocals as he berates being In Exile and the one line repeated chorus of “Don’t be afraid to miss me” ensures from the offset this album is not going to go amiss.  As the music swells and the guitar riffs in identifiable TPT style dig in to your mind the song ends with notes from stalwart Steve Kitch‘s keyboards ricocheting into a distant canyon at the beginning of this musical pilgrimage.

Beautiful acoustic strumming and the inimitable airy vocals from Bruce take up the journey into No Man’s Land,  and are joined by Steve’s piano for the ride. Slight pause for effect then the percussive rolls of guest drummer Gavin Harrison, (I know, Porcupine Tree, but still no comparisons) kick in redefining the sound, with Bruce’s cries floating over the top as further guest Darran Charles’ (Godsticks) guitars burst in with spine tingling energy and the bass playing of third man in the core trio, Jon Sykes, more than ably drives the engine of this vehicle through the canyon of music.

It has to be said that not having a permanent drummer at the moment does not detract. In fact, whilst bringing their own individual skills to the table, all the guest artists knit neatly into the TPT signature sound, adding a refreshing impetus.

Acoustic chords and a burst of electric guitar shoot out and Bruce advises he cannot Tear You Up, before the guitar flashes a short burst again and leaves way to the piano and vocals before crashing in with a heavy riff adding more energy to the drive and it definitely begins to feel like all these currents run to you, as it ends abruptly on those words.

The rhythms and riffs weave in and out returning at intervals on this album, linking tracks and  connecting to the whole pathway of the album. A gentler electronic sound with rhythm loops, like the breeze stirring desert sands along a dried up river, drifting across That Shore that once teemed with life. As the layered harmonizing echoes round a moonlit sky and you pull in for a rest, contemplating the aural massage of notes soothing your brow as you watch the sunrise.

As the orb rises in the sky, light guitar chords spread across the track and the bass heats up,  Bruce encourages it’s time to make your move. You had best get under-way and Take Your Shot at the listening journey ahead as you are carried on another racing track, kicking dust in the face of non believers as you hurtle down the gravel road in search of musical pastures ahead and your tail-lights disappear into the early morning haze.

A feeling of calm guides you on acoustic guitar, keys and dreamy soundscapes as you wind down the car window and a cool breeze of clarinet from John Helliwell (Supertramp) gently ruffles the balmy air. You are all alone no one around in this wide expanse and you must Fend For Yourself  if you wish to discover what lies ahead. Calmly you make your way fingers drumming on the wheel to the gentle rhythm of the engine and a feeling of contentment with Bruce’s vocals imparting the details of where you are heading, to the woodwind.

Looping guitar chords fuel the drums as you make your way and Bruce urges you not to forget The Final Thing on Your Mind as the heat of the the music swells carrying you on, with orchestral lines guiding you down the straight track. The keyboards plot the course on the penultimate longest track, regret in Bruce’s  restrained vocals at a broken relationship gone cold. Hurrying strings set the pace, the guitar solo points you toward your destination and the ticking of your engine sees this out.

As early evening approaches acoustic guitar shows you a coast coming into view, the familiar lights of a city flickering on as the sun drops away, almost there and Bruce reminds us of  Where We Stood at the start, a warm but fading memory. The echoing guitar and final piano refrain guides us smoothly home.

You can stand in the musical desert, you can blink at the sun and not want to go anywhere, or wish you were back where it all started. On this album, for me, the band seem to have regained focus and direction, overtaking their recent output and whilst I look back to the grand canyons they have journeyed before, I am more than happy to take a ride with them and see what lies ahead. Join us if you wish, there’s plenty of room and the ride is sweet.

Buy ‘Your Wilderness’ from Burning Shed