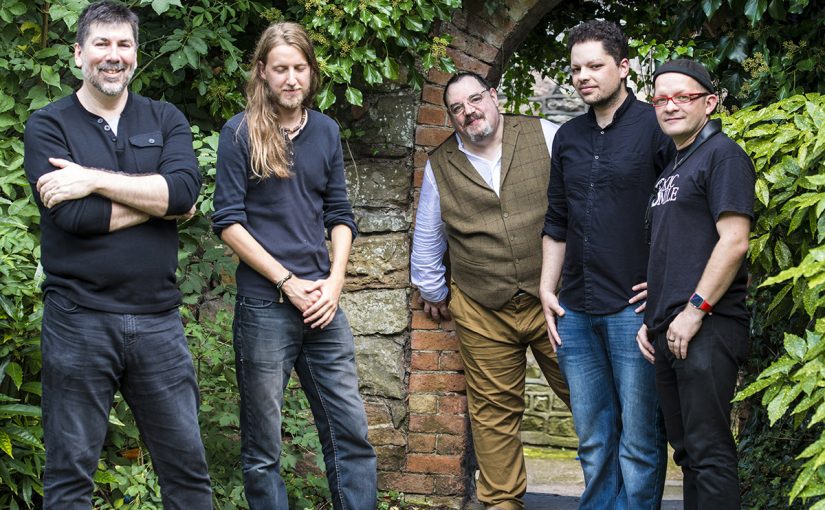 “Who hears music, feels his solitude Peopled at once.”
― Robert Browning, The complete poetical works of Browning

Damn, 2018 has been a stellar year for some great new releases and another one has found its way to Progradar Towers!

Described as ‘a genre-defying collection of sophisticated songs..’, ‘In Flight’ is the follow up to 2017’s well received ‘On Track’. Once again Sean Timms’ sleek production adds to the overall sense of quality and class.

There’s a shiver of anticipation running through me as the opening notes of Ragusa break out, there’s already a feeling of class and quality shining through. Guy has one of those voices that speaks to you through and beyond the music, a familiar cultured tone that puts you at ease immediately. The music itself is impressively stylish and smooth and just adds to the feeling of sophistication. The guest guitarists add even more sparkle and inspiration, this is going to be one enjoyable journey. Oooh, jazzy piano and percussion, the opening to Skyboat is joyful and upbeat and, as the track opens up with gusto, we are sent on a rollocking musical ride. Funky guitar and edgy percussion, along with an ever so cool hammond organ, add to the feel-good factor and the grin spreading across your face. This is music at its inspiring best and music that brings joy to your soul.

The Crawler opens with a deliciously dark melody and feel, a mature and sophisticated aura permeates the song with Guy’s distinguished vocal adding layers of class. The captivating chorus with its elegant sax sends shivers down your spine. Sean’s production can be felt most here, giving us a stand out piece of music on what is becoming an evidently impressive album. There’s a levity to Moon Catcher, a lightness of soul and featherlight touch to the music. The sparsity of the production and laid back approach to the vocals, along with the meandering sax, leaves a whimsical feel, a really classy piece of music.

Catchy, addictive and upbeat from the first note, The Crossing is a jazz-infused delight, the carefree tinkling of the ivories a particular highlight. Add in some more of the impressive sax and Guy’s vocals and you are onto a winner. The 3 part epic Big Eastern closes the album, taking the listener on an emotive journey from East to West: from the poorest rural lands of China to the West Coast of the USA. Grand in conception, and inspired in execution, it’s a journey that you become deeply involved in and one that takes you across the whole galaxy of progressive music, visiting every nuance on its way. At just shy of thirty minutes it is a true epic but never outstays its welcome, every note and every word is there for a reason and that reason is to give the listener the best and most joyous experience ever when it comes to music.

‘In Flight’ is an album I haven’t remotely got bored of, even after multiple listens. A compelling, engaging and stimulating listening experience that leaves you high on music and life. Every absorbing minute of music is a minute that will bring a smile to your face. This year there have been some fantastic releases, releases that are finally bringing the joy back to music and Damanek’s ‘In Flight’ should be considered up there with the best of them.

Buy In Flight from GEP here

Listen to ‘Ragusa’ from ‘In Flight’ here