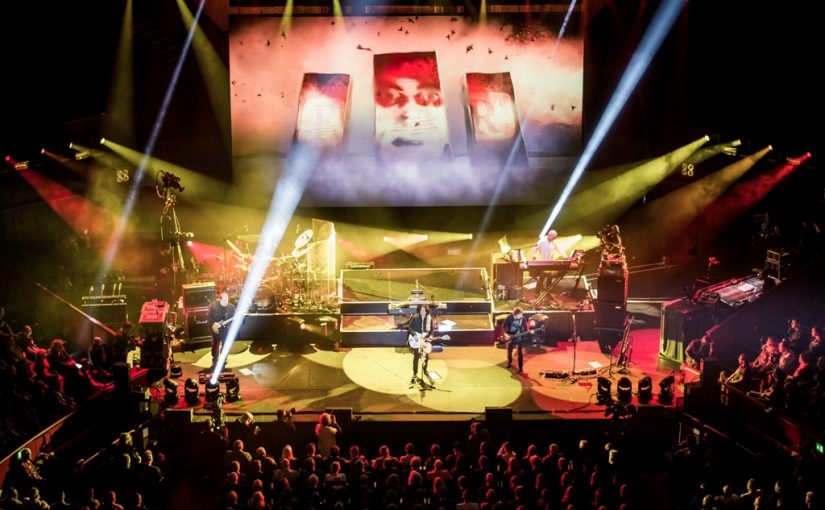 2nd March 2018 – On 2nd April Marillion release ALL ONE TONIGHT the live DVD of their Royal Albert Hall Show filmed in October 2017. On 26th March, there will be screenings of the show in 6 Everyman Cinemas across the UK. Marillion will host the screening at the Kings Cross Everyman. Tickets available from:

On October 13 2017 Marillion played the Royal Albert Hall for the first time in their near forty year career. The show sold out in minutes, a full year before the band took to the stage at the iconic London venue. The audience, many of whom had travelled over oceans for the show, were treated to a Marillion show like no other.

In two parts, ‘All One Tonight’ firstly showcases the band’s acclaimed 2016 studio album ‘F E A R’ in full. Accompanied by an awe inspiring light show and films, Marillion perform their incisive and era defining zeitgeist with unparalleled passion and power.

The second half introduces In Praise of Folly and guests, a string quartet with flute and French horn that throughout the rest of the show inject an extra depth and emotion to some of Marillion’s best loved live material. Once again, with amazing lights and audience participation, Marillion steal the night, proving that they more than belong on the stage that has been trod by the most acclaimed musicians. Directed and edited by Tim Sidwell, recorded and mixed by Michael Hunter, ‘All One Tonight’ is a Racket Records and Toward Infinity production.

Marillion embark on their UK tour on 8th April.
FULL 2018 Tour Dates are:-