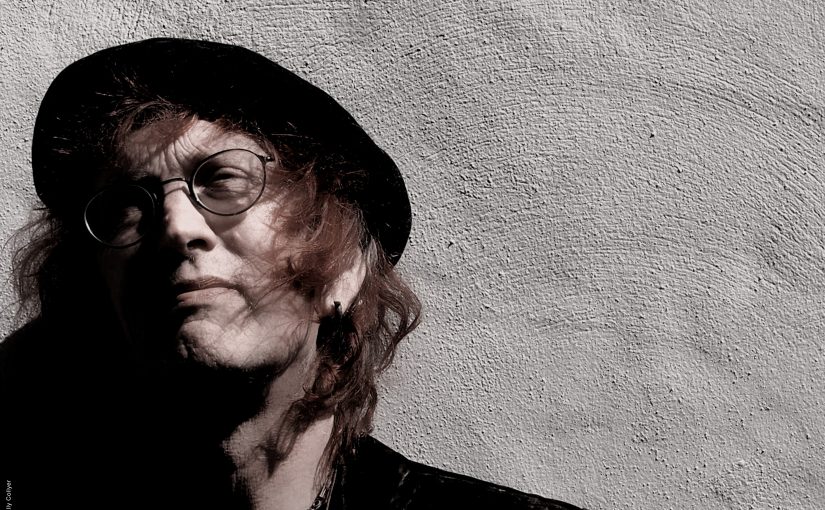 Welcome to the post-Covid-19 world. My day job has got ridiculously busy and I have not been able to write any reviews so I’m going to alter my usual in-depth method and just give things to you straight.

The Tangent, the progressive rock group led by Andy Tillison, are set to release their 11th studio album ‘Auto Reconnaissance’ on August 21st, 2020.

The follow-up to 2018’s ‘Proxy’, sees them taking the band philosophy of celebrating the golden age of prog, whilst bringing it to the present and exploring new paths for the music to take in the future. On ‘Auto Reconnaissance’, they bend that philosophy to their will, taking in prog rock foot Stomping, sublime Jazz, humour, narrative, a modern R&B love song, funk/soul and a 28 minute long emotional epic about the band’s home country of England.

Andy comments: “I utterly refuse to accept that Progressive Rock Music is some kind of museum piece. It is actually a living and breathing movement that has a past, a present and above all, a future. It once had an album-chart-topping golden age, but the genre was never about that. It has subtly and virally kept itself alive for decades where many new musical genres have risen to glory and faded away.”

For this release, Andy is once again joined by long-time collaborator Luke Machin (who also helped produce the album), Jonas Reingold, Theo Travis, and Steve Roberts. Together they bring to life an album that has been influenced by the likes of ELP, The Isley Brothers, Steely Dan, Aphex Twin, National Health, Rose Royce, Squarepusher and Return To Forever amongst others.

Right, that’s the record label PR out of the way, what do I think of the album…

Simply put, Andy is at his acerbic and witty best when it comes to the lyrics, especially on the travelogue-esque track 2, Jinxed In Jersey where he regales us with his journey around New York and it is a brillaint, amusing and tongue in cheek clash of cultures between the largesse of the good ol’ U.S of A and your basic, down to earth Yorkshireman.

The wonderful, laid back jazz-infused soundtrack to Andy’s spoken word is superbly judged and takes you back to the 70’s. To be fair, the whole album has that sepia tinged edge of halcyon days gone by but given that ‘turd polishing’ skill that only Andy Tillison can do.

You want funky, you’ve got it, the five and a half minutes of opening track Life On Hold is as good as anything released recently with even a passing resemblance to the decade that gave us disco and corduroy flares! It’s a song that makes you smile and we all need some of that at the moment.

Dare I say that Under Your Spell has the feel of a 70’s love song? Almost as if Andy is channelling his inner Barry White (now there’s an image!). Whether you agree with me or not, what it is is a wonderful, classy and velvet smooth piece of music and there’s no arguing with that, just listen to the way Luke’s solo just oozes empathy.

There’s a sea change and a move to the 80’s with the edgy keyboard note of Tower Of Babel and it’s direct and in-your-face chorus. Think Huey Lewis And The News get down with Talking Heads and you won’t be far from the mark.

Lie Back And Think Of England could well be seen as Andy’s Magnum Opus and, in my humble opinion, it is the best piece of music he has ever written. Twenty-eight minute progressive rock epics are everywhere nowadays but this never fails to engage the listener and keep them under its captivating spell. The highs and lows and dynamic crescendos are utterly brilliant, taking you on an engrossing musical journey through all that is good about prog rock and one where every word and every note have their place.

Back to the 70’s and the funky, disco edge of soundtracks like Shaft and Starsky and Hutch, the bedrock on which The Midas Touch could have been built. There’s wah-wah pedal and tinkling of ivories galore in a song awash with the feel of lazy, hazy summers. The album closes with the bonus track Proxima, a twelve minute instrumental that could have come straight from a Tangerine Dream record.

The Tangent are a British progressive rock institution and every new album is eagerly awaited by the fans and, while every fan will have their own opinion, ‘Auto Reconnaissance’ is my favourite album from the band yet. Andy is on top form, his song writing is as sharp and clever as ever and he has gathered around him a group of musicians who seriously have no peers. A superb release and one which cements The Tangent’s already exalted reputation.