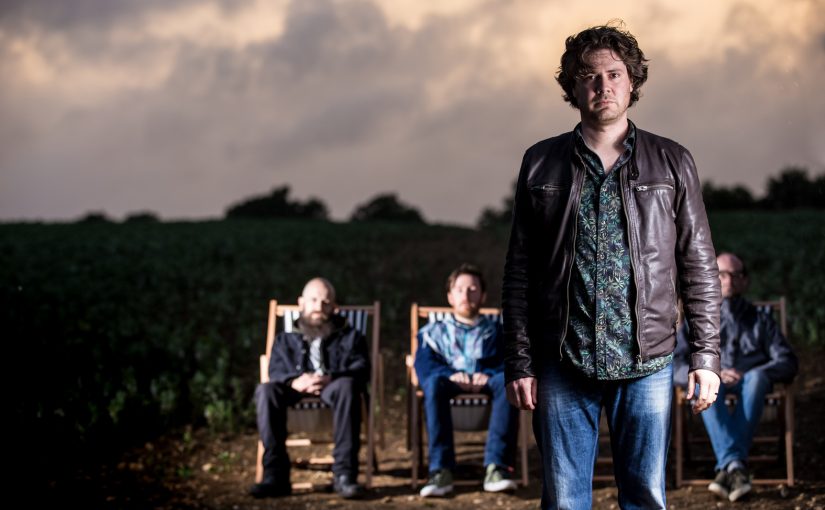 In a Progradar exclusive, Michael Woodman, the vocalist of Thumpermonkey, has written this track by track guide of the band’s new, full length, album – ‘Make Me Young, etc.’ This was written ages ago – in about 2010.  It was one of those songs that just sort of popped out complete, but then stayed in demo form for ages until we decided we had a release that the song would fit with. It’s a song about using other people to help push you out of a preoccupation with negativity. It’s about relying on somebody to point out that the things you find toxic or shameful about yourself aren’t really that big a deal. It’s a ‘note to self’.

I once tried to stay awake in an attempt to reset my body clock after flying back from getting married in New York – so I occupied myself by writing riffs. When I woke up, the verse for this song had appeared on my hard drive, though I have no recollection of writing it. Unsurprisingly, I ended up with a song, in part, about insomnia. Hearing the verses now, still makes me think about that state of not being in touch with reality when I’m really sleep deprived.

Another very old piece of music – Rael wrote the piano part years ago – it was just waiting to find a home with this album. It’s about the disorientation experienced when crossing the boundary between fidelity and infidelity in a relationship. There’s even a paraphrased bit of Alan Bate’s monologue in ‘Women in Love’ for good measure.

There’s a definition I read of ‘liminality’ that I really liked – the quality of ambiguity or disorientation that occurs in the middle stage of ‘rituals’ when participants no longer hold their pre-ritual status but have not yet begun the transition to the status they will hold when the ritual is complete. Veldt is about crossing from self-loathing to self-acceptance. Cranefly is the boundary between sleep and wakefulness. Figstorm is fidelity and infidelity. To take this even a stage further, ‘Buttersun’ is a threshold in the middle of the album – the split between songs about internal things and external things.

5) Deckchair for Your Ghost:

This song started life referencing a nightmare I had about trying to hide a body underneath a tree in our front garden, but then it became a vehicle for a character – one who has just been cursed with the knowledge of an impending extinction level event. I had an email from a fan in about 2012 who had clearly been reading some of the nonsense I post about Aztec theology, and he seemed pretty keen on the idea that the world was going to end. I’m sure it was all meant in humor. I didn’t hear from him again.

The title of the song is the last line of dialogue delivered by Kilgore Trout in ‘Breakfast of Champions’. It’s what he says to Kurt Vonnegut, (who has entered his own novel as a character), purely for the purposes of letting Kilgore Trout know that he isn’t real. This is a song about the end of the world.

A mournful post-human coda. If any humans do escape earth and colonise Mars to start afresh, there’s always the fear that they’ll bring all their awful conceptual baggage with them and make a mess of Earth Mk2 as well.

Artwork and photography by Ashley Jones.