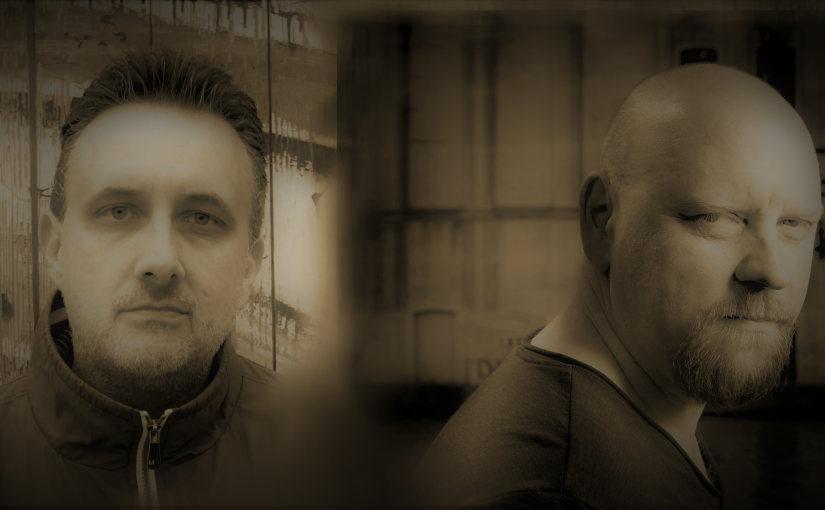 As I am sure you can imagine here at Turner House of Prog in North Somerset, and indeed at Progradar Towers up in Yorkshire, we get a multitude of albums that cross our desks and into our ears. Some from established artists who we know and love, others from bands that I’ve not heard of (Martin seems to know every band in existence!) and I generally get some nudged in my direction as Martin reckons I will like them.

Until getting this three track album in my inbox I was woefully unaware of who Jet Black Sea are and am happy to be able to rectify that here.

The talented chaps behind this atmospheric album are Michel Simons and Adrian Jones (from Nine Stones Close) and this is their third release following 2013’s debut ‘The Path of Least Existence’ and 2017’s ‘Absorption Lines’.

There are only three tracks on this album, although the albums centrepiece, the majestic title track clocks in at an impressive 35 minutes. Framed by two beautifully haunting songs, first up, the sublime opening Escape Velocity which mixes ambient soundscapes and yearning cellos and strings, building slowly with a sublime laid back sound and some soulful guitar, this hits the spot from the opening chords.

With a wonderful slow build and blend of organic and electronic, it really kicks in after two minutes with a driving pulsating riff that sees the guitar and drums duelling before the excellent vocals, courtesy of Jones’ Nine Stones Close bandmate Adrian O’Shaughnessy, begin.

Bold, epic and showing an artist not afraid to push their musical boundaries, this album’s title track The Overview Effect, ebbs and flows, builds and climbs, crossing multiple genres and sounds, from ambient soundscapes to works that would nestle in any record collection alongside No-Man or even Mike Oldfield. I am reminded of Mike’s early 90’s ambient electronica albums, like ‘Songs of Distant Earth’, in approach if not sound.

The two musicians here, Simons and Jones, are immensely talented individuals and they bounce ideas off each other to create a vast, beautiful and all encompassing sound, one that is the musical equivalent of a big hug, and this is the sort of music that the album format was invented for. Big, and yet surprisingly intimate, not afraid to push big ideas in a beautiful way. The track builds and builds, with some sublime vocals from O’Shaughnessy, whilst the musicians weave intricate musical webs that pull you in and keep you hooked.

After the almighty brilliance of the title track, the album ends on Home (E.D.L) which is probably one of the most beautiful things I have heard on record this year. The piano, the vocals, and guest performer Christian Bruin on drums, all come together to create something sublime, a genuine piece of heart wrenching beauty with a solo so spine tingling that it out-Gilmour’s David Gilmour with its soulful beauty, man you could just weep at the sheer emotional beauty of it all. You know when a song just gets it so right it transcends perfection? This is it, this is what beauty sounds like.

As my colleague over at Bad Elephant, David Elliott, says, ‘This is proper’ and he is not wrong, this is one of those albums that hits you out of leftfield, comes into your life with nary a fanfare and subtly reminds you with great big bursts of sonic prowess why you love doing this job. It’s an album that never outstays it’s welcome and is everything that a great album should be.

Thank you, Martin, for introducing me to Jet Black Sea, and thank you Adrian and Michel, this album is a pleasure to listen to, and a treasure to keep…. now where’s your Bandcamp page again, and where did I put my bank card…. if anyone needs me I’ll be absorbing the Jet Black Sea back catalogue!