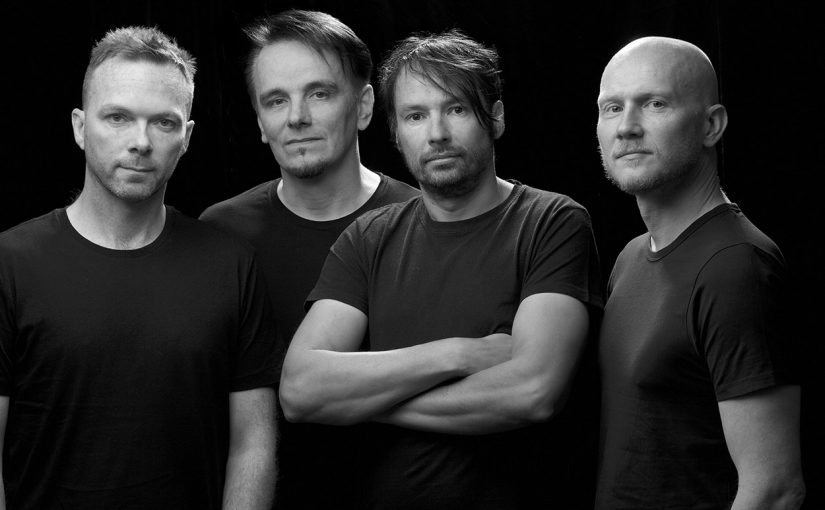 I was relatively late to the Pineapple Party, first picking up on their ‘Someone Here Is Missing’ album, and since then I’ve enjoyed the journey through ‘Magnolia’, and ‘Your Wilderness’, their first album (&tour) with Gavin Harrison, the drummer’s drummer and the contemporary Bruford.

His performances on the tour (along with Darran Charles) on 2nd guitar gave frontman Bruce Soord room to breathe on stage and step up to be the frontman we always knew he was capable of being. Seeing them play in Bristol was sublime, the best I had ever seen them, those doubting this should seek out the ‘Where We Stood’ live documentary of this tour.

The best bands have the best drummers, (look at Led Zeppelin, Deep Purple, Yes, King Crimson and Gandalfs Fist) and it’s the interplay between the music and the skill of the drummer that raises it somewhere else.

Harrison, now on board for another album and tour, has been fundamental in pushing the band forward with getting more involved in collaborating with the song writing and main songwriter Bruce Soord has responded in kind, after all, if you have a Ferrari you don’t drive it two miles down the road to buy a loaf of bread do you?

Following on from ‘Your Wilderness’, this new album, again, is evolution rather than revolution, taking the trademark depth of the The Pineapple Thief and building on established motifs and sounds. ‘Dissolution’ is a darker album than its predecessor and that is reflected in the artwork and sound. There is only one song on here that could be considered an epic, although that shouldn’t put anyone off.

Bruce has the knack for putting plenty of hooks and sounds into the shorter songs and it’s his song writing that is so effective across the album and what makes it work. In fact, the opener Not Naming Any Names opens in an incredibly low key way for an album starter  and it sets the album’s stall out in it’s briefest 2 minute introduction. This is one of the darker and bleaker albums that Bruce has been involved in and the theme of Dissolution, from relationships, to the impact social media has on these things and the way it amplifies and polarises, them is evident throughout.

Try As I Might is a harder and darker track again, and the ever present Steve Kitch on keys and Jon Sykes on bass both pull together to create the pulsating dark undertow to the album. Threatening War is another fantastic track, one that I am sure will be fantastic live and, as throughout the album, Harrison’s drumming is peerless, while Bruce wrings every amount of emotion through the songs. Judging from the lyrics it would appear that he’s been through the mill a bit. The low key lo-fi mood continues with the short Pillar of Salt which leads into the 11 minute epic of White Mist, featuring guest guitar work from David Torn, it has an exciting experimental edge to it with some fantastic performances all round. This isn’t your typical prog epic, it builds and twists to its musical climax as guitars duel, electronics shimmer and ebb and flow and the beat of Harrison’s drums act as a counterpoint to Bruce’s vocals.

This is the sound of a band reborn and energised and, while the album has its dark moments and bleak lyrics, musically it is one of the best they have made and, like all the best albums, flows perfectly. No dipping in and out of tracks here, this is a journey, musically and lyrically and Bruce, again, has shown why The Pineapple Thief are one of the finest bands out there, and one who you must see live.

In fact, my only niggle with the whole ‘Dissolution’ album and tour is the fact that, on the first leg, they aren’t playing Bristol!