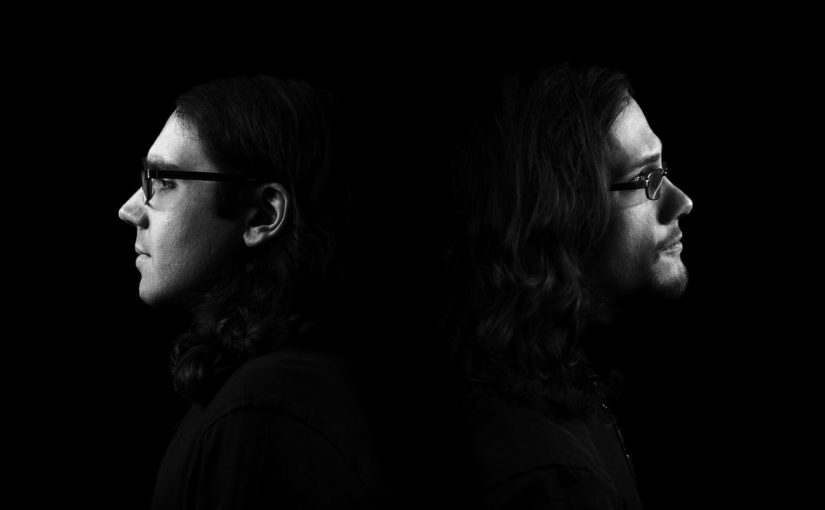 “Head with Wings are storytellers of sound. Textured, ethereal, and blissfully haunting, the U.S. – based songwriting duo creates boundary-pushing rock songs that straddle the aesthetic line between art music and narrative drama.

The emotionally-charged and atmospheric qualities of their craft captured the interest of Earthside keyboardist Frank Sacramone and guitarist Jamie van Dyck, who approached the band to produce their first full-length record, From Worry To Shame.

Sounds intriguing doesn’t it? Well, after a conversation with one half of the band, vocalist and guitarist Joshua Corum, my interest was piqued even more and I just had to listen to their first full-length album –  ‘From Worry to Shame’ – to see if it lived up to the promise.

A continuation of the concept and themes of desire, grief, and self-discovery explored in the group’s acclaimed 2013 EP, ‘Living With The Loss’, the new album covers the rich breadth of human emotion across nine chapters of an overarching storyline that inhabits the mind of the listener long after its final note has decayed.

Let’s get one thing straight from the start, I really like this album. It dips into the rich soundscape of hard-edged progressive infused rock music, taking cues from masters of the game like Haken, Coheed and Cambria and Circa Survive and Corum’s vocals have that high timbre to them, similar to Claudio Sanchez and Anthony Green. It’s a vocal style that doesn’t appeal to everyone but I appreciate it’s more subtle feel compared to full on heavy metal style delivery.

The thunderous cacophony created by the twin guitars of Corum and Brandon Cousino can sometime be almost deliciously brutal and, at other times, graceful, calm and collected, as evidenced on opening track Goodbye Sky and the starkly eloquent In Memorium.

A musical tapestry that spans epochs in terms of style, sound and substance, the restless and incredibly infectious energy that infuses this dynamic release almost gives it a life of its own. As these powerful songs pass you by, you find yourself becoming immersed in their overarching storyline, Misanthropy is a dark and brooding tale, From Worry to Shame takes the ethereal and melancholic route, the rich breadth of human emotion is traveled as we journey from beginning to end.

An all-enveloping forty-nine minutes of raw emotions that completely involves the listener on every level, ‘From Worry to Shame’ is a heartfelt exploration of the human condition – life, death, hope and despair are visited in all their painful glory. This is not just music, it is musical poetry and a stark reminder that beauty can always be found, even in the darkest of places.