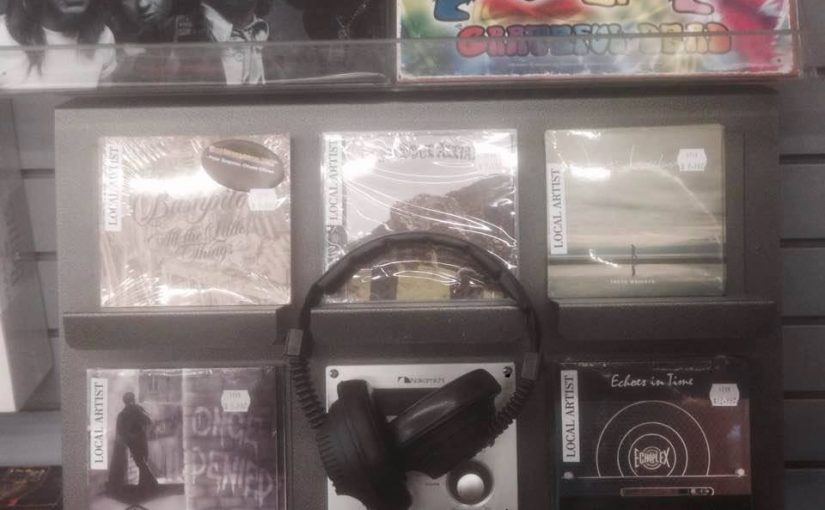 “Without music to decorate it, time is just a bunch of boring production deadlines or dates by which bills must be paid.”
― Frank Zappa, Real Frank Zappa Book

I think Mr Zappa hits the nail very much on the head with that quote, life can become very monotonous without something to lift it and that something, for a lot of people, is music.

Now it’s well known that I’m not a fan of the repetitive modern music that makes up the charts nowadays but, if that is what people listen to to make the drudgery of modern life better then who am I to tell them what to listen to?

For me, and many others, it is the well crafted song, the collection of perfect notes that resonate with me and put a smile on my face or help me get through difficult times in my life.

I was introduced to Canadian band Sills & Smith, a project of singer/songwriters Jeremy Sills and Frank Smith, a couple of years ago by their previous release ‘Echoes in Time’ and was immediately hooked. Since thenFrank has kept me updated on the progress of their sixth album ‘Maps – Burned or Lost’ which was released on the first day of the new year.

Recorded by famed producer Phillip Victor Bova, it is described as ‘an epic musical journey, with 14 songs and close to 70 minutes of music that careens between pastoral folk, to trippy rock to progressive rock.’ ‘Maps – Burned or Lost’ sees Jeremy and Frank take the next step in their musical evolution and this new collection of 14 delightfully involving songs takes you on a wonderfully engaging musical journey. There’s the slow burning quality of album opener On The Edge, quite an indictment of  the world we live in with its scathing, pithy lyrics and edgy guitar work, the solo just drips scorn and disdain. Frank’s deep and distinctive vocal is as good as ever on this clever track, a superb start to proceedings. There’s a melancholy grace to Kings with its deliberate opening and Frank’s sombre vocal delivery. A song with perhaps a lofty self-important tone, a nostalgic take on days gone by, Jeremy’s lighter vocal is a well judged contrast and the music is just sublime. Frank and Jeremy have surrounded themselves with a stellar cast of musicians that lend the whole album an air of class and sophistication. A Freight Train is a mournful bluesy feeling piece of music, slow burning, calculated and thoughtful with a moody hammond organ providing a layer of gravitas and solemnity. There’s a soulful core to the music and the vocals that seem to bleed a touch of despair and despondency, a properly moving song.

A wonderful song from start to finish, the wistful folk feel to Maps gives it a timeless grace from the humble vocals to the superb unpretentious chorus. This is music written so that every note, every word has its place and is as important as any other, it is storytelling of the highest calibre and it moves me on a most personal level. That carefree, easygoing atmosphere seeps into Waves, a song where the introduction just seems to take you to a place of warmth and love. The chorus is as light as a feather, the music has a charm and grace that leaves you spellbound. Frank’s contemplative vocal opens No Measuring, a thoughtful song with a plaintive, slightly sad feel to it. There’s almost a hushed aura to the music with the elegant piano and the toned down drums. Contemplative and pensive with a flighty flute playing, it leaves me in an introspective frame of mind.

The elegant mandolin that opens Take Care joins with Jeremy’s vocal to give a feel of fragility and beauty and the harmony with Frank adds even more intangible charm. A pared back and willfully sparse song that implores you to take care of yourself with a rarefied dignity. A proper country feel pervades the opening of The Offer and Frank even has a touch of Johnny Cash to his voice, deep and meaningful, it’s a great counterpoint tot he lightness and elegance of the chorus and the slow steady pace of the track lulls you into a place of calm and reflection. Now onto possibly the most upbeat and funky song on the album, there’s a feelgood atmosphere to Grave Fascination with its edgy guitar and offbeat drums that really gives you a lift. Nothing flashy or garish, just a great song that is delivered with confidence and bravado and has you tapping your feet and nodding your head in unison with the beat. The excellent singer/songwriter vibe returns on Wash Away, Frank’s voice leading the contrite, almost regretful song with the music underpinning the song in a respectful manner. Again, the pared back quality adds to the track, especially on the great guitar work. Alternative and indie in its delivery, Miss Us is a song with an acerbic edge, especially on the biting lyrics. I love the tightly performed guitar solo and the rhythm section that runs throughout the track. This song is a real release of pent up energy with its almost punky, staccato emphasis and it works brilliantly. Mercy begins with a dreamlike atmosphere touched with a feel of melancholy, especially when Frank’s vocal begins. There’s a forlorn mood that settles on the song, a pensive and sombre mood that never breaks right to the close.

Window Through Her Mind is another example of the songwriting skills of Frank and Jeremy. The wonderfully ethereal music is paired with superb vocals again telling a story of nostalgia and remorse, one that demands your attention and draws you in to sit enthralled as it plays out before you. All good things must come to an end and ‘Maps – Burned or Lost’ closes with At The End of The Day an allegorical tale of life as it is today. The graceful and harmonious music and telling lyrics seep into your very soul, I can imagine myself listening to this song with a glass of red wine in my hand, contemplating life, the universe and everything. It’s not a demanding listen but it is one that does require your attention.

Frank Smith and Jeremy Sills have delivered their most profound musical work yet, ‘Maps – Burned or Lost’ is a wonderfully involving collection of songs about love, life and loss that is very relevant in this turbulent world we live in today. You can lose yourself in the well wrought words and the excellent music and come out of the other side in a much better place than you started and that’s what I want from my music.