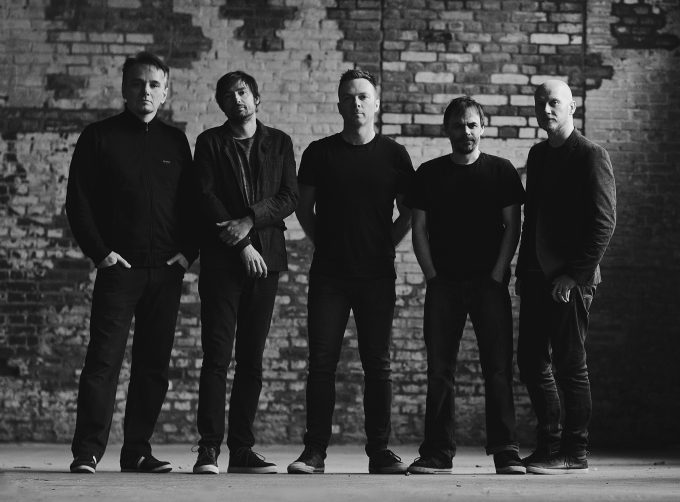 Darran Charles, Steve Kitch, Jon Sykes, Gavin Harrison and, of course, Bruce Soord are the current touring version of The Pineapple Thief. On the 11th February 2017 they played the Islington Assembly Rooms, touring in support of their ‘Your Wilderness’ album. It was a packed audience and was a much anticipated tour and album.

The show was recorded and will be released in various packages on the 6th October as ‘Where We Stood’.

First the limitations. I had no access to the package in itself with the multitude of mixes and vinyl stuff which Kscope have produced as a rather excellent showcase of a live band in full flow in front of a passionate audience. I will review what I have seen which is the concert DVD footage and the documentary footage. After all, this is the actual product they are selling in its many forms.

I am a music fan and believe the arena of the stage and live presentation is often the best judge of what a band is capable of in the purest form. A band can live or die on what it does on stage and putting out a DVD of a stage set is a brave thing to do for any band but it seems to be a common thing to do these days.

The set is mainly drawn from the recent album and shows the music in a new light with an additional dimension to the material. The band is completely together in this and are a very slick and tight outfit putting on a show worthy of a much larger stage and audience.

Visually it is a delight and it is also of a very high quality sound (which is available as a standalone live album). It comes as close to letting you be there during the actual performance as any DVD can. The band as individuals get fair shares of shots and it lingers on key musical moments like solos, licks or breaks.  High points for me are, obviously, Snow Drops and Take Your Shot but Exiles and the opening tracks Tear You Up and The One You left To Die also deserve special mention. The set flows like water and is a fine surrogate for those who missed the tour and also as a souvenir for those who have seen this line up recently.

Bravely the new album fills the set list but has a different tone and quality to the studio version. Gavin brings a new feel to the older songs and adds to the live versions. Bruce is a great front man and connects to the audience well. This brings me to a couple of frustrations which I hope can be resolved with the DVD menu manipulations. The show is interspersed with interviews with the guys which ruins the flow of the concert. They could as easily been dropped into the additional 15 minute documentary of the back stage, pre and post show scenes.   Instead I would have let the whole gig play and get the interactions of the band with the audience. I want to feel like I am at the gig and that gets broken up.  Having said that it is relatively minor gripe for what is a great visual presentation of a great band in full flow.

For fans it is an essential purchase but also if you have even a slight interest in good intelligent music then buy it and see what ‘good’ looks like as well as sounds like.

Order all formats from the Kscope store at Burning Shed