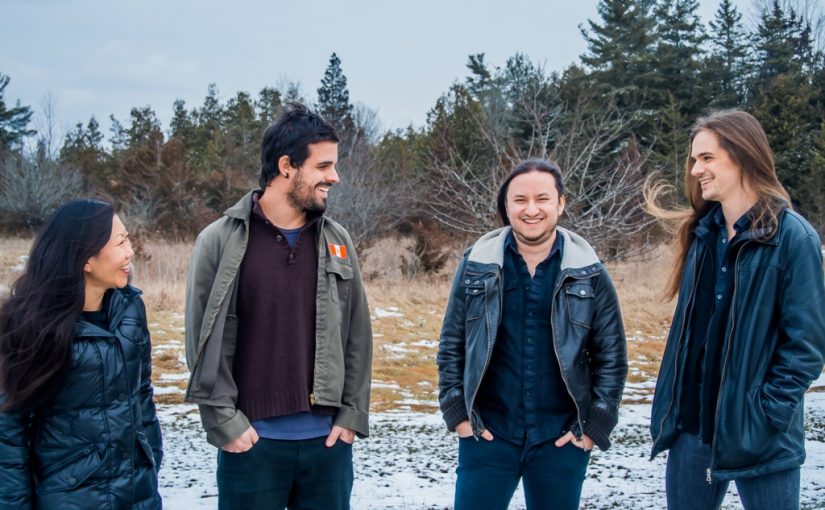 After a 2-year hiatus, Canadian melodic technical proggers Slyde return with their new EP ‘Back Again’ (February 17). Four tracks of virtuosic contrapuntal songwriting exploring the relationship between environmentalism and sci-fi, ‘Back Again’ is a fantastically entertaining listen. For fans of Haken, Coheed and Cambria, Rush, Dream Theater, etc, Slyde‘s music is driven by the clean vocals of frontman Nathan Da Silva and the powering keyboards of Sarah Westbrook; a beguiling fourpiece with an impressive return to form.

Before their hiatus, Slyde played over 150 shows on the Eastern Canadian circuit, including shows with Protest the Hero and at Canadian Music Week (2013), IndieWeek (2011-2013), and Wacken Metal Battle (2013).

The First single from the EP is available to purchase now at bandcamp:

Check out a live performance of the single below: