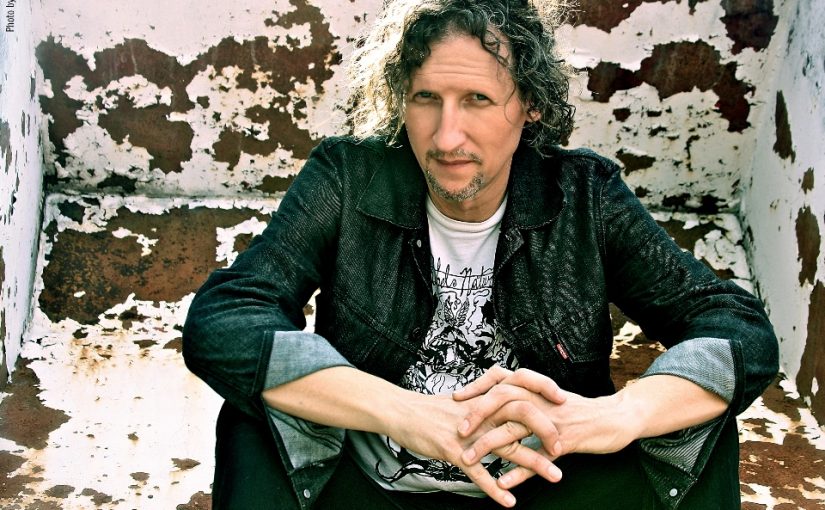 Those familiar with the work of Steven Wilson or Fish will know the name John Wesley, a prolific and talented American guitarist and songwriter whose been on the road supporting artists like Marillion and Steven Wilson, whilst also touring as part of Porcupine Tree, and has built up a solid reputation as a go to guitarist.

This latest album, his 8th and first since 2014’s ‘Disconnect’ see’s him successfully bringing together both sides of his musical personality into a song cycle that echoes the short stories of Ernest Hemingway, the title track, a way you’ll never be is named after one of Hemingway’s more famous short stories and focuses, with it’s driving guitar and pounding choruses, on the current fascination for being an online expert on everything, without ever having actually done anything.

The album is far heavier than it’s predecessor and features some strident and aggressive guitar work from John, with the metronomic and Floydian guitar work on to outrun the light being one of the stand out tracks on the album. Never one to stand still, or indeed make the second record twice, John is as interesting a lyricist as a guitarist, and his lyrics particularly on the silence in coffee and the revolutionist stand out, the latter having some astonishing staccato call and effect guitar work with the drums pounding out a King Crimson esque beat, before some smoothly fluid guitar work shines out.

This album is all about John Wesley the guitarist, and fits more in line with some of the more intelligent stadium rock, and that is by no means lazy labelling or a criticism, this is an album full of mighty mighty sounds, and big ideas and concepts, some heartfelt, some scathing. The brilliant sole instrumental unsafe space is Johns take on the ‘pampered millenials’ or ‘snowflakes’ as they call them stateside, banning things from campus because they disagree with them and shutting down free speech. It is also a jarring thing of beauty, where John lets his guitar do all the talking for him.

This is an album that is as progressive as it gets in the truest sense of the word, an artist moving forwards, making records the way he wants to make them and taking the audience a long for the journey, it is also a success in the way it marries Johns well observed songwriting with his sublime guitar work.

Buy ‘a way you’ll never be’ direct from John Wesley