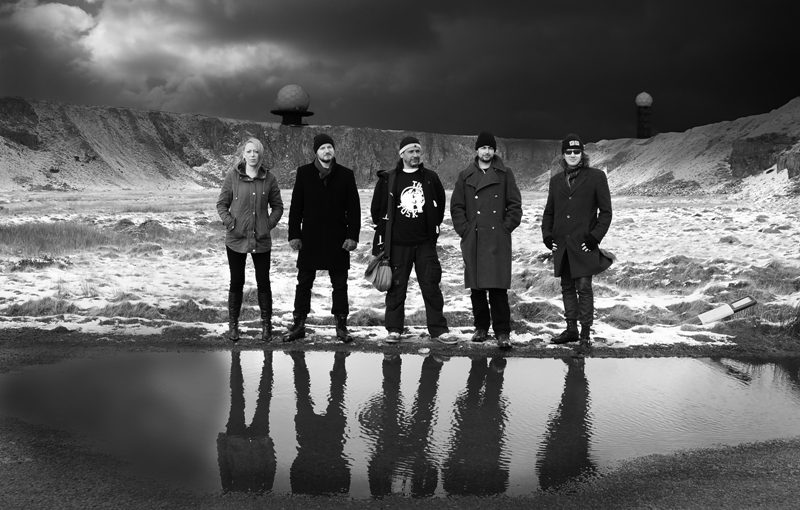 When I was sent this album the above information was all I had to go by. They sent an image for the album and a couple of paragraphs from the wonderful PR people at Bad Elephant Music (Martin) in the email.

Wolverhampton’s Under A Banner are another band new to me but I show no fear in my own ignorance or absence of previous hearing. It went onto my tablet and I begun to listen in bed while I settled to peruse the current reading material, a novel in this case, but often it’s a policy or document for work. My first thoughts, after the first pass through, were of the sheer energy and passion captured in the recording. It is enough to run a small power station for a year.  The music screams a preternatural folk roots sound that pulls from many different sources and influences as well. They are the natural descendants of The Pogues, The New Model Army and The Levellers, musically and in their choice of song topic. The songs range for the vicious political narrative of Kill It All, attacking faith and consumerism through to the revolutionary call-to-arms of Legion. The styles all vary greatly but the central core of folk/punk is forever present. About Love critiques on the love song and relationships but with a sense of time perspective, misquote here, “it’s about more than the he said she said” and “in a thousand years we’ll all be dead”.

Already There kicks in with a simple guitar line and very traditional vocal style, Adam’s voice over a single guitar, but lyrically it is an attack on our constant need to add to the layers and barriers between us and what we have already. It has a plaintiff violin threading through the whole melody of the song stating “The beauty was already there”.

For me, the ultimate gem on the album is World of Hope and it shines despite some serious competition from the rest of the album. I suppose my inner cynic was drawn to the despair and loathing of a need to constantly look back at things and not see what we could have or have been.

If you have a desire to hear music written and performed with passion, soul and sincerity, as well as a willingness to open beyond limits, then this is definitely the one for you. I used the musical references of bands  like the Pogues and NMA as they are the nearest reference points but, trust me, Under A Banner are neither of those bands, they are a unique force of their own.