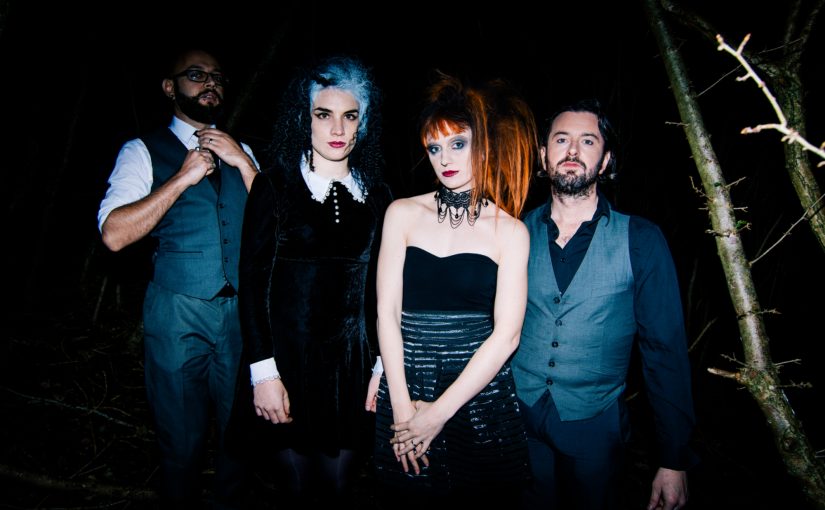 Much is being said about the fact that music isn’t progressing or progressive anymore, with a few notable exceptions. The audiences that buy the music are more likely to buy a 5.1 remix of a 1974 re-release over a new and unknown band. It makes me sad when I can come across so much new and exciting stuff to be discovered and that leads me on to this jewel.

‘Tanta Furia’ is the fourth album by Birdeatsbaby, a band new to me, and, to be honest, after hearing this I shall be visiting the back catalogue post haste. The music is dark, chaotic, manically varied and caustic but, most of all, it’s brilliant fun. Its genre busting, you won’t box this in anywhere. I was sent this by the band’s PR Company and I should really thank them. Mishkin Fitzgerald (Lead Vocal, Piano) Forbes Coleman (Drums), Gary Mitchell (Guitar, Bass Double Bass) & Hana Maria (Violin) are the four fine components that make up this excellent band.

The album bounces from some very solid pop/rock, Scars (in the mould of Kate Bush gone Goth), to the insane sounds of In Spite of You that is anthemic and maniacal, reflecting the post-abusive-relationship ‘screw you’ message. The beauty and poetry of Bones of God is aching plaintive and emotionally striking… Its sleazy dirty and pure all rolled into one delightful album. This record is not for everyone, it’s marmite in the same way that Knifeworld are but also a musical universe away, it would make for an amazing double header though. The band are obviously an eclectic bunch with no fear of writing music that they enjoy, drawing influences from as far afield as Lana Del Rey to Evanescence and from Muse to Ella Fitzgerald. Birdeatsbaby are creating something that stands out head and shoulders above much of what is being recorded in the mainstream today. I am reminded in many ways of We Are Kin and their last album ‘…and i know…’

This quartet tell stories in music and words and they plunder a style to suit the song theme rather than make the theme fit one style.  I think it may be too late for the Prog scene to claim these but they are definitely Progressive with a capital P and their fans, or “The Flock”, are in for a treat when they get their hands on this gem!

Video for No Mirror:

One thought on “Review – Birdeatsbaby – Tanta Furia – by Emma Roebuck”