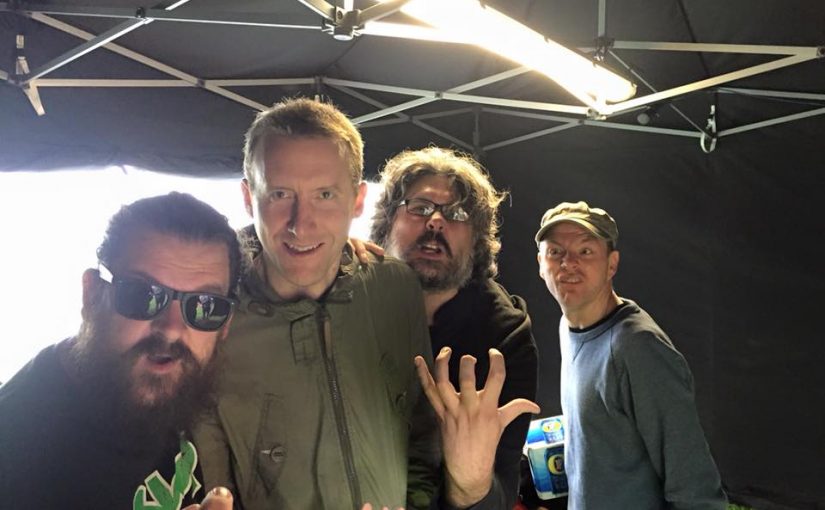 The Fierce and the Dead have been announced as the opening band for Sunday at Rosfest 2017. This slot at the festival is often dubbed The Church of Prog; the truly dedicated audience filling these chairs on an early Sunday morning, receptive to good music and eager to spread the word about it, is the equivalent of a congregation in progressive rock circles.

I dubbed them ‘A soundtrack for the current generation’. Purveyors of ‘lovingly crafted noise’ and pioneers of what they call ‘Funny Music’, this cult band saw their latest, limited edition, E.P. ‘Magnet’ sell out before its release date on August 14th last year. The Fierce and the Dead are as hot as it gets in the underground, small label and independent world at the moment.

“We can’t wait to see this band make their live US debut at ROSfest 2017, and we’re certain that our first-rate audience will give Matt Stevens, Kev Feazey, Stuart Marshall and Steve Cleaton a warm welcome.” I spoke to the band about their first visit to America…

“We’re so pleased to be playing in America and to play our first show at RoSfest is very exciting. Everyone I’ve spoken to who has been has said what a great festival it is and we’re really happy be involved” says guitarist Matt Stevens.

“Events like RoSfest are willing to take chances and invest in the global scene they represent – we are beyond stoked to have been asked to play, a real honour” adds bass player Kevin Feazey.

“Getting the chance to play our material to a new audience in a new country is a really exciting opportunity for us, and we can’t wait to get over there and pick up the audience so they can join us on our sonic journey!”  continues guitar player Steve Cleaton.

“And all that remained were The Fierce And The Dead…..”

The three day festival begins on Friday, 5th May 2017

Tickets and information can be found at the RoSfest website.