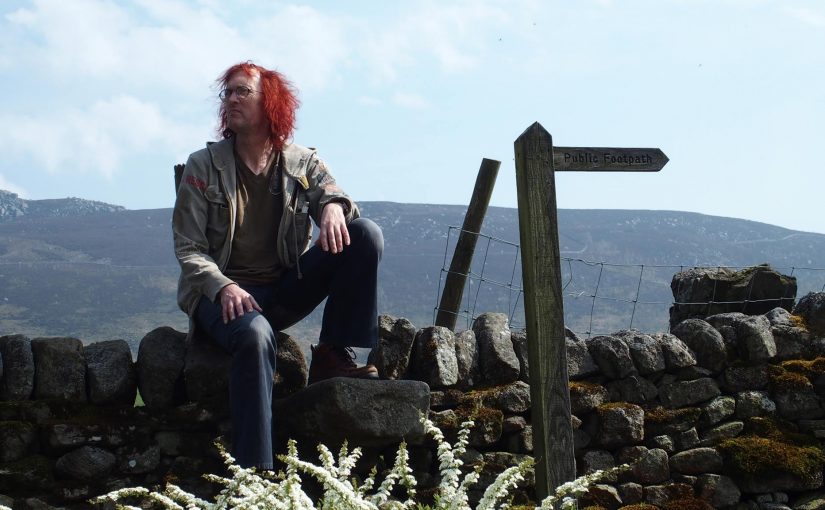 This solo album is, as Andy told me, a diary of his healing process following his serious illness last year. The literal translation of (machte es) Durch is “Made it Through” and this album is music that he considers to be “the extra material in the CD that is life”.

The album consists of 5 tracks, each different from the other, all of which thematically cover his musical influences and loves. From the electronic territory of Tangerine Dream journeying through Funk/jazz/trance through a tribute to Camel and an exploration of Borodin’s Classical influences. This all sounds highly pretentious and self indulgent doesn’t it? The reality is that it isn’t even vaguely pretentious, mainly because Andy is one of the most grounded people I know who has a passion for life and living it artistically through his music.

After his heart attack just over a year ago, enforced inactivity, especially after a particularly hectic and productive previous two years, cannot have sat well with him. The product of this sits on a CD for all to see and be laid bare.

The Pursuit of Oil opens the album and it comes straight from the Tangerine Dream ‘Ed Froese’ play book. Coming in at just under 22 minutes, this song shows an insight into what TD stood for in the early 70s. It starts and builds through the piece with a tension and atmosphere which makes you want to burst, until you get to the last 5 minutes when it explodes into a guitar (sound) and keyboard celebration of the ecstasy of being alive. Theo Travis adds a beautiful Flute refrain on this track that is the icing on a very impressive cake.

The album then flows directly into the title track Machte Es Durch continuing the thematic survival, almost “Phew”, feeling. It has a Jazz rock/prog  style with a foundation that only a “Hammond organ” can provide.  Intrinsically, it is a musical version of a journey with all the metaphors of  improvisations and returns to the common core.

The idea for the title of The Hood Of A Dodge comes from the Bruce Springsteen song  Jungleland but the music comes from the Trip hop Acid jazz of the 90s and, to be honest, feels like my experiences in the 90s at festivals and surviving that time somehow intact, Massive Attack and Portishead, eat your hearts out. It was recorded, apparently, in Ward 17 of Leeds General Infirmary last August, how I would have loved to have been on the ward that day! Yuri Gagarin – From the Steppes of Central Asia is an interpretation of the classical composition by Alexander Borodin “In the Steppes of Central Asia”, the site of the Soviet Union space program and as far from the west as you can actually get geographically without being back in the west, so to speak. The power and passion in this track is worthy of the likes of Emerson, Lake and Palmer’s ‘Pictures At an Exhibition’ and I think that, performed live especially, it would definitely be of that level.

Music Inspired by ‘Music inspired by the Snow Goose’ has been around for a while and Andy posted a version of this on youtube around Christmas 2013. It’s a fun homage to Camel and explores the classic Camel album “inspired” as they say in the book. Here is a full album in 9 minutes given the Tillison touch. His love and affection of the original ring true throughout the track and it is a mischievous fun trip full of nostalgia.

This is a healing album that I have taken to heart and passes the listening in the dark test as well as driving up the A1 from Scotch Corner to Newcastle and back several times over. As coping strategies go, this is a very good for the creator and the listener.