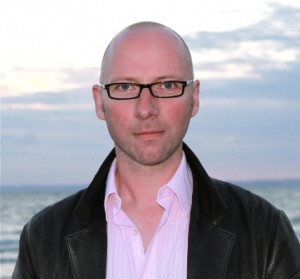 I’m what you might call a music completist. You know the sort of person I mean, I begin to really appreciate a band or artist’s music so I have to seek out and devour all their output, be it studio or live albums or DVD/Blue-Rays of live performances, I have to listen to, and have, them all.

To me, it’s a worthy endeavor, whether you start with the first release and follow that particular artist all the way to the present day, like Dream Theater for me (the jury is out on ‘The Astonishing’ at the moment though..) or you hear a latest album and work your way back through their discography, this was how I got into Big Big Train (‘English Electric Full Power’).

Whichever way round, I get a certain satisfaction out of investigating all of a musician or band’s achievements and I will often unearth a gem I didn’t previously know about.

Bringing Big Big Train back into the discussion, it was an earlier solo album from lead vocalist David Longdon that was the next part of my musical education with this celebrated English pastoral progressive rock band.

I used my ‘musical treasure hunter’ skills and the ‘X’ marked the spot when I uncovered ‘Wild River’ by David Longdon and The Magic Club. David initially played in a band with school friends Simon Withers and Ian White under the name Greenhouse. It was this experience that would be the inspiration for the Big Big Train song ‘Make Some Noise.’

Throughout his twenties David played in the Nottingham based band O’ Strange Passion and eventually The Gifthorse. The style of these bands included acoustic based music with art rock tendencies. He ended up being signed to Rondor Music UK (Publishing house for A&M records – The Police, Joe Jackson, The Carpenters, Supertramp) as a songwriter with a development deal.

David is also a long term member of the Louis Philippe band, playing on the Jackie Girl (1996) album, where he met both Danny Manners and also Dave Gregory who he would later introduce to Big Big Train.

It was in the final days of The Gifthorse that David was invited to audition as a potential replacement for Phil Collins as lead singer in Genesis. He survived the auditioning process and worked from May to November 1996 on recordings that would become the Calling All Stations album. They were also working with Stiltskin vocalist Ray Wilson at the same time. Eventually they decided which one out of the two would get the job.

David  sings lead vocals on two tracks (‘Ray of Hope’ and ‘Endgame’) on Martin Orford’s The Old Road album (2008) which led to David Meeting Rob Aubrey who in turn introduced David to Greg and Andy of Big Big Train and the rest, they say, is history! ‘Wild River’ was released in 2004 and I’m still struggling to believe I had never heard even one note up until about a month ago. It was recorded by David Longdon and an inpressive group of musicians collectively know as ‘The Magic Club’, too many here to list but a certain Dave Gregory does appear in the (very) small print…..

The album notes credit David with ‘Vocals, acoustic guitars, electric guitars, mandolin, keyboards, flute, percussion and wrist watch’ so, there you go, a man of many talents obviously.

The opening track Always begins with a delightful acoustic introduction before David’s vocals begin in a slightly wistful manner and Andy Lymn’s stylish drums seem to take a life on of their own. It is a decidedly upbeat song, even if you take into account the slight melancholy aftertaste, dictated by the excellent viola and violin of Beth Noble. Lee Horsley’s strident Hammond organ gives it an edge and David has voice like honey, it just seems to soothe any irritable bone in your body and it lifts this song above the merely good to become something memorable. One you will find yourself humming in the shower as the harmonies of the chorus imprint themselves permanently on your brain. Honey Trap is another track with an uplifting feel to it, almost modern folk in appeal. The musicians work together seamlessly to produce a musical tapestry across which the elegant vocals of David Longdon can paint a wonderful tune. The strings seem more potent and upfront on this song, providing the perfect counterpoint for the vocal harmonies, especially the dulcet tones of the harp. I just feel as if I’m being carried along an a mellifluous sound wave of pure joy. There’s a timeless feel to the music and feel of longevity and this is emphasised even more by the delightful mandolin that stands out in the intro to Mandy. David’s vocal takes on a more narrative tone in places and the whole song has a touch of traditional folk running through it. The Hammond seems to be in the background, almost as if it is directing proceedings. The softer edge of the first two tracks is replaced by a more definitive note and  the occasional lapse into a near reggae beat just adds real colour to proceedings. A real foot-tapping, hand-clapping classic that would be at home in a traditional rural public house where much ale has been drunk and many tales have been sung. Beginning with a more apprehensive note, the guitar having a more aggressive feel and the violin a cutting note, About Time appears to be a more serious tune. David carries on with the more narrative vocal on the verse and the whole song has a more mature note to it. The chorus sees that reggae riff appear and the vocals deliver a heartfelt rendition. The flute, harp and mellotron all work overtime in the background to give the required gravitas and really add to the darker complexity of this interesting track. I like listening to music that demands your full attention and this is a song that is definitely of that ilk. Dim the lights and let it wash over you as you discover more and more sophisticated nuances. Mandolin, mandola and double bass kick off Vertigo with an unambiguous folk atmosphere and this is only emphasised by the use of the Irish bodhran. That softer timbre returns to David’s vocals, emotive and slightly mournful, it is a song that plucks at your heartstrings with its open and honest feel. Beth Noble’s backing vocals have a delicate fragility and the clashing guitar solo really does hit you hard on this darkest feeling track on the album so far. I really enjoyed the whole pared back feel that let’s the vocals shine through and I’ve always been a sucker for a great double bass. The next track is far and away the most impassioned and sentimental song on this release. Simple in composition  yet beautifully ethereal in its delivery, Loving & Giving is a thing of uncomplicated beauty. David Longdon’s voice is the instrument that holds sway over your emotions, adorned simply with acoustic guitar, double bass and the exquisite strings that add a humble fragility. Jane Upton adds her alluring vocals to this most charming track, the harmonies are a thing of wonder. A tear of joy and hope may have been wiped away and I needed a moment to compose myself after it came to a natural close. Wild River is a tribute to David’s father, Eric, who died in 1994 and, to me, is a real slow burning blues-rock track. It opens, already beginning to build an atmosphere, with a gentle guitar and David’s ominous sounding vocal. Powerful, expressive and soulful, it is almost a lament. The Hammond organ sits there, just in the background, orchestrating this compelling and touching song. The impassioned vocal delivery is asserted even more on the chorus. The Greasley Singers choir add another layer of finesse, it is an undoubted highlight of this most impressive album and when the intense violin solo is delivered, it is like a weighty presence on your soul, this whole track just bleeds sentiment and sorrow, the impassioned guitar solo (from Michael Brown) and rousing drums are incredible, and you just feel emotionally spent when it comes to its dramatic close. Edgy guitar and fluent harmonica open up the defiantly rocky This House, bluesy, funky and jazz infused with equal measure, it really drives hard and fast. The staccato guitar playing and Les Eastham’s brilliant harmonica are the real highlights of this track and, with David adding a fervent, stirring vocal, it is literally on fire and uber-cool. There is a feeling of a sentient presence awakening at the beginning of In Essence, superb atmospheric guitar work from Michael Brown again, before things open up with dancing vocals and intricate instrumentation. A song that takes the soul route to your mind. Edgy guitar work, stylish bass play and elaborate drumming provide the backdrop on which David gives a sleek and polished vocal performance. A song for the discerning listener and another one that asks for your full and undivided attention. It’s all about the strings and keeping it simple, Joely is a delightful little ode. It begins with some really fetching string work in combination with the precise vocal enunciation of Mr Longdon and needs nothing more to deliver a rather charming song that is beguiling because of its skillful simplicity. It almost moves into Americana and country territory in places before it closes with the sublime poem ‘The Heart of Winter’, written and recited by Jerry Hope. Powerfully delivered, it takes you into a heightened sense of consciousness that leaves the hairs standing up on the back of your neck. The simple introduction to Falling Down has an impatient feel imbued by the drums and bass before the strings join in and the vocals overlay everything with a velvet touch. Gentle and benign it continues until we reach the chorus where everything opens up into another well crafted piece of songwriting. I feel I’ve been led by the hand on a fantastic musical journey with a multitude of amazing musicians that come together as one rather than any of them standing above the others. The mellotron is there but you don’t notice it, the guitars add substance but without overpowering anything and , above all, is the stunning vocal performance of David Longdon. Sentimental and rousing, this song is another reason to make sure you listen to this album without daily life intruding. The final track on this stunning album is On To The Headland and it is a fitting close. This song sees David and his guitar in a reflective mood and it is this restrained and simple delivery that really seems to impact on you. I sit back and let this guileless track just touch my senses and leave me at ease and at one with the world.

It may be over ten years since ‘Wild River’ was released but it doesn’t seem to have aged a day and can stand comparison with any of contemporary music that has been released recently. There is an uncluttered and uncomplicated honesty at the core of the music and this is all brought into vivid focus by David Longdon’s utterly unique and incomparable voice. If, like I was, you have yet to experience it then please search this album out immediately!