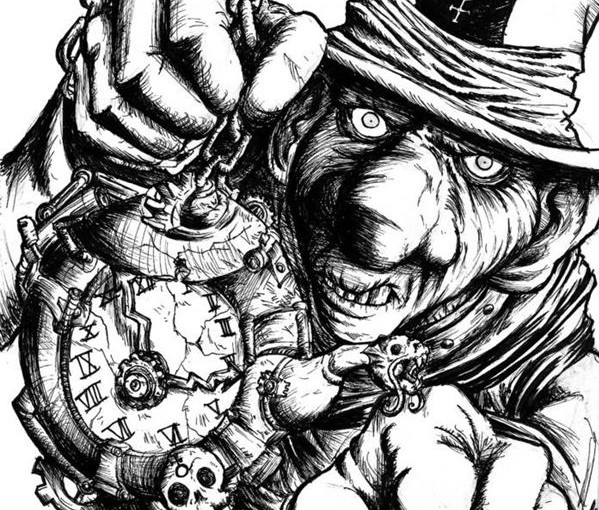 These guys are prodigious in their output. Most bands produce an album roughly every year, the Geof Whitely Project (GWP) have set themselves the onerous task of releasing 3 albums by the summer of 2016.

‘Malice In Wonderland’ sounds nothing like the other three albums of the same name be it Paice Ashton Lord, Nazareth or, heaven forbid, Snoop Doggy Dogg.

This album has the hallmark that I recognise as the GWP ‘sound’: melancholy melody and structure. The heavy keyboard sound running throughout the album is reminiscent of the mid 80’s Alan Parson Project. The album opens with an instrumental, Who Are You, that deceives the listener into a false sense of security that it will be a pleasant listen with a drink of wine or beer with friends! This could be true but there is a deception here.

The second track Preflight, I guarantee you will think, “Where have I heard that before.” I will say one thing, there is a haunting reminder of the ‘Tales from the Unexpected’ theme in its feel. There is more variety in ‘Malice’ than ‘Circus of Horrors’, the last album by GWP which I reviewed. They have rocked out much more but also experimented with thematic electronic music. Caterpillahh has such electronic feel to it with a very melodic Jean Michel Jarre tone and spirit.  The title track rocks out, stretching the performance but with some restraint, death metal it isn’t but there is a rocker in there kicking to get out!

The album, as you imagine, has Alice in Wonderland taken to the dark side as its concept. There is no journey through the looking glass or down a rabbit hole as such, but snippets from the Lewis Carroll classic remain. GWP have gone deeper and darker and are nearer a Tim Burton Movie in style rather than the Disney variation.

The last two tracks, Hungry Ghost and Remain the Same, could easily be singles for me and, with airplay, crossover into the mainstream. My favourite track though, Sleep Thief , is unlike the rest of the album. Its heart is really dark and sinister. Neil Gaimans’ Sandman could very easily have been the inspiration for this track.

I still think that GWP should let the shackles go and rip out a real rocker but the album is a GWP product and, to continue to produce this kind of consistency and standard, is no mean feat.

If you like your music melodic and structured Geof Whitely Project’s  ‘Malice In Wonderland’ delivers. The diversity of music has room a-plenty for this kind of release.