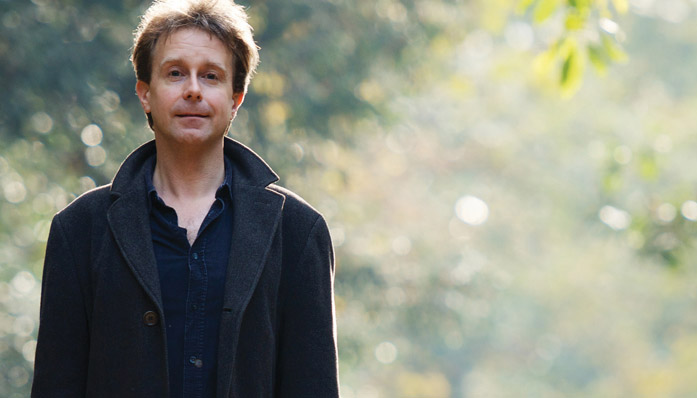 In this, his second album, Jack Arthurs follows ‘Only Dreams are True’ with ‘Treasure House’, building on the foundations of a strong debut solo album, growing as a songwriter and showing one man and an acoustic guitar are not something to avoided.

The test I set myself with any review is; ‘Can I listen to this several times in a row and still hear more after each play’. ‘Treasure House’ passes this test with distinction. I cannot comment on the CD packaging as, at the time of writing I haven’t got my copy, but the front cover shows a Turneresque view of Bamburgh Castle, an iconic vista from the North East coast of England.

The music is entrenched in that region in its influence and spirit. It is full of celebration and with tons of positivity throughout the songs and, yet, Jack portrays the intrinsic sadness that sits at the back of life in the North east at times. The character of the people in this part of the world shines through in songs like Hope and Soaring. There is a stoic character outside but with a quiet poetry in their hearts that is moved by the simplest of things.

The shortest song on the album Spirals, an instrumental, is fascinating in that it has so much space in the track and yet it fills the space well. Jack has obvious skill with the guitar but is not flash or pyrotechnic with it. I am drawn to make an obvious connection with Nick Drake and Roy Harper and this is very valid to some degree with the plaintive voice and the songs that look below the surface of life and examine the world in way only a singer song writer of this tradition can do.

I am not sure if he (Jack) recognises it but I also hear Alan Hull (he of Lindisfarne fame) in his solo guise. I saw Jack recently play some of these songs live and he feels and lives every note of the songs, they come from the heart in the purest form.

Jack is not frightened to let the music alone tell the story and that is a great strength in this case. You can listen to this album on many levels, a glass of wine to hand and the stereo on, and just let the music fill the void and find yourself in a contemplative mood, wishing to watch a sunset while sat on a North sea coast. It’s not background music, it would be almost rude to use it to fill silence, but I can see me putting it on when I get in from a night out to unwind and let the cares of the world drift away.

Bad Elephant Music have made a great signing here. The potential in Jack Arthurs’ writing is yet to be fully realised and I see much to come.

This kind of music is never out of fashion because it never really was in fashion but it crosses boundaries and borders of genres. Everybody, from someone who has heard an Ed Sheeran album to someone with a folk background, can find something to enjoy here.

If I’m being mischievous, I want to hear Jack play with a band and hear him rock out or fill out some of the songs. If he does or doesn’t, it won’t matte,r he can hold his head high, the so called difficult second album is not difficult to these ears.