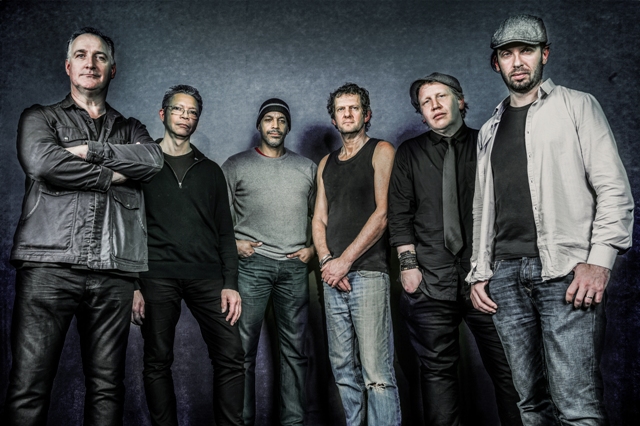 On the 13th of February UK progressive rockers The Gift will be be re-releasing their seminal first album ‘Awake and Dreaming’ to mark its 10th anniversary. The re-issue will feature stunning artwork by Brian Mitchell, thereby giving the album a new lease of life with the striking imagery. Initially the re-issue will be limited to 100 copies with an elegantly illustrated lyric booklet.

Despite the album being 10 years old, it’s as though it could have been released yesterday, the sound remaining fresh and the meaning remainsing true no matter how many times you listen to it. Frequent melodic variation, ambiguous tonalities and thought provoking lyrics; The Gift give you a real gift.

The re-issue is not the only exciting news that the band have, they have also announced an extended band line-up, including the return of original guitarist Leroy James. This couldn’t have come at a better time considering Leroy and lead vocalist Mike Morton deliberated greatly together in the writing of ‘Awake and Dreaming’.

Not only do they welcome the return of Leroy, The Gift also look forward to welcoming 2 new members to the band. This includes drummer Neil Hayman of KONCHORDAT a fellow prog band who are also signed to Bad Elephant Music. The band also welcome Gabriele Baldocci from Italy on keys who is a renowned concert pianist as well as a conductor and Professor of Piano at the Trinity Laban Conservatoire in London.

For those who want to listen to the mellow, yet sometimes eerie, sounds of The Gift beyond the headphones, they will be performing at The Boston Music Room in London for “An Evening of Bad Elephant Music” on the 13th February, the first day that the band perform in their new line-up. jh, Tom Slatter and Twice Bitten complete the line up of Bad Elephant artists performing.

Pre-order ‘Awake & Dreaming’, buy event tickets or the combined bundle at the links below:

Buy the album and ticket bundle from Bad Elephant Music Sabrina is an enthusiastic musician as well as writer. She is currently in her first year of university studying music, delving deeper into the music scene from classical to prog to death metal.