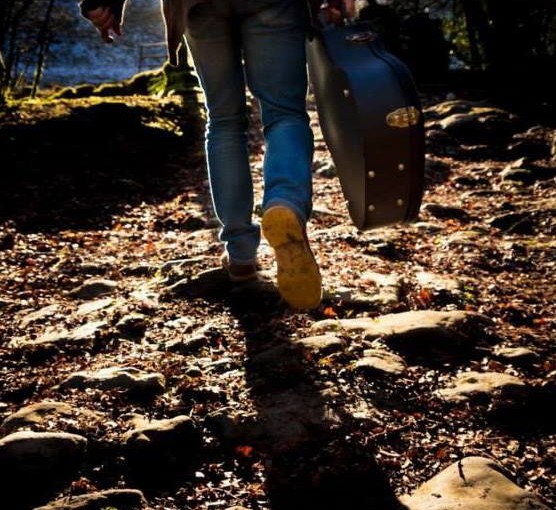 “Better the rudest work that tells a story or records a fact, than the richest without meaning…..”  – John Ruskin.

At the heart of the music I love the most are storytellers and modern-day bards, musicians who can take all that life throws at them, good and bad, and put it in to song. Songs that can affect you deeply and stir up huge wellsprings of emotion. Joy, laughter, sadness and woe all hit deeply into our souls and take us on a journey into the world envisaged by these musical magicians.

Lightweight music has its place (maybe the gym or some other) but I prefer music that can teach me something or enhance a mood, even music that makes me feel sad or forlorn is still great music if that is what it intended. Maybe those of us who appreciate the finer music in life have a bigger capacity in our hearts, who knows?

One thing I do know is that there is no single style or genre of music that achieves this, it is a capacity of all music to move you deeply and leave a lasting impression on you. Certain types can have a higher propensity to musically enhance us just by their generic definition.

Folk music is all about telling stories and tales, generally local legends and characters are brought to life by these earthy musicians and the use of flues, violins and other instruments tends to lends it more originality. Folk and progressive rock tend to cross paths quite often and influences of both can be heard in the other (check out the Canterbury scene for an idea of what I mean).

In my role as a’musical treasure hunter’ I often unearth unexpected gems by the strangest means but, sometimes, just a recommendation from someone who I trust is enough to get me to listen to something new. This time it was Brendan Eyre (of Northlands and Riversea fame) who pointed me in the right direction. Lee Maddison is an acoustic folk rock musician from Hartlepool in the North East of England and is releasing a self titled album under the pseudonym of Maddison’s Thread. I was intrigued by the excellent artwork (I do like a nice album cover) designed by local artist Amanda White (check out her artist’s page www.mandascat.com) and Brendan’s nod in the right direction sealed the deal.

When playing live Lee’s line up has him playing acoustic guitar and performing vocals, Stewart Hardy on fiddle, Nigel Spaven on bass and Michael Kitching on drums & percussion.

Joining Lee and his regular players on the album were a stellar cast of many whose contribution, in Lee’s words “far outweighed my contribution to their bank accounts..” A gentle if determined acoustic guitar introduces us to The Viking’s Daughter before Lee’s magical vocals invite us to listen to the story at hand. There is a timbre to his vocals that give them a serious honesty and a gravelly note that has hints of Dylan to it (well if Bob had bothered to take singing lessons that is). I find myself entranced by the lilting air to the song, the intriguing lyrics and the definitive folk mood it induces, especially when the fiddle and gentle backing vocals join. The short, enchanting fiddle solos leave me imagining I’m in a crowded bar in a tiny fishing village on the North East coast, party to something secretive and  wonderful. As an opening track to entice you in further it is just about perfect. There is a more pensive feel to the guitar at the beginning of Where Eagles Fly, a more sombre atmosphere added to by Lee’s vocal that engenders a sparse beauty to all that is around it. When the chorus opens up with the stylish percussion and captivating backing vocals it adds a real feel of longing and hope, the flute is like a free spirit that eludes you, always out of reach. I feel a lump rising in my throat, a wistfulness pervading my thoughts as this enchanting song continues to entrance me. I really have the feeling we are listening to something special here.

Come the Springtime opens up with that hypnotic guitar note that has become signature now and then Lee starts singing and you really feel like spring is upon you. The vocals are more measured and precise, the chorus lively and addictive. This song is less weighty than what has preceded it but it feels in keeping with the whole premise of the track, flute and fiddle adding any necessary gravitas. It bumbles along as if it has not a care in the world, flitting and organic and really lightens the air and the mood, a short breath of fresh air that leaves your musical palate ready for what is to follow. Jaunty and immediately memorable, Making the Morning Last takes a small step away from the folk leanings and towards the mainstream. There is a breezy and carefree feel to the song, emphasised by Lee’s vocals and the percussion, which add a playful note to proceedings. The chorus is definitely a paid up member of the ‘sing-along’ society and the interjections of the stylish fiddle playing are quite sublime. A song that makes you want to jump up and dance, self-confident and dapper.

After the flippancy of the previous track things become slightly more serious again with Wonderful Day, the guitar has a fragility to it and Lee’s vocal begins with a purposefulness before opening up with an injection of levity. This track reminds me a bit of Seth Lakeman with a Northern contrast, it is pared back but the fiddle once again adds lustre and finesse and the counter-play with the accordion is just brilliant. I get the impression that Lee and his fellow musicians must put on quite a live experience, I will have to go find out for myself. The Country Song does exactly what it says on the tin, Lee’s vocal having an age-old timbre to it. This track has a touch of simple country rock to it but with a definite Britishness at its core, humorous and playful, it is like a serious version of The Wurzels with its metaphorical cap set at an impish angle.

Heading right back up mainstream road Don’t Care About Tomorrow is a catchy, high-tempo sing along that really gets under your skin and into your mind. The feel good factor is turned up to ten and smiles are obligatory. The backing vocals are stylish and harmonised and the piano and keyboards really add a grown up note. Folk takes an unapologetic back seat and the good times roll. Throw in a guitar solo and you can’t really ask for much more as Lee shows he is definitely not a one trick pony, Ed Sheeran eat your heart out! Hang on, what’s this? Have I just been transported to a smoke filled jazz joint? Night Circus is all Martin Taylor-esque guitars and funky rhythms as Lee swiftly shifts focus once again. The chorus and backing vocals have a real feel of original R&B to them, you know what? this guy has some real musical chops and, just to top it off, we have a smooth as caramel sax solo thrown in, outstanding! Intricate guitar work and super cool percussion just add to the effortless skill on show, the suave close to the track is just sublime.

On your first listen to Misty Morning Blues you’d be forgiven for thinking you’d been transported across the Atlantic and into mid-town America. With a vocal style akin to John Denver and music that wouldn’t seem out of place on an Eagles album this is Americana inspired country rock that reminds me of Abel Ganz and that is no mean comparison. Enchanting yet heartfelt, there is a real depth of emotion at the heart of this genuinely sincere song, when the flute floats in it just adds the final part of this beguiling musical jigsaw. Honest to its core, One Day is a wistful, whimsical delight. The pared back to basics guitar is ethereal and bewitching and Lee’s vocal has a charming candor to it so you take everything at face value. Suave and sophisticated, when the percussion joins in, it has a real smooth jazz feel to it, a lightness of being that you feel is catching as your soul leaves your body to join the party. Without a worry in the world, you are just left to enjoy this unruffled delight.

Too soon we come to the final track on the album and a return to folk-focused beginnings, albeit with a country rock edge. The guitar and accordion focused introduction to A Crooked Mile Home has a solemn, melancholy note to it as if the subject is a weighty one. Lee gives his most grave vocal performance yet, all serious and mournful and you can’t help but become involved in the dignified and subdued atmosphere. The trombone and accordion add the required saturnine and sober edge to the yearning quality of the vocals. A starkly graceful song to close out this exquisite album.

Music often astounds me in the way that, when you think you’ve heard it all, something comes along to amaze and inspire you with its brilliance. I had never heard of Lee Maddison before that fateful day but this discovery is one of the best of recent years. Folk is rooted at the core of Maddison’s Way but this album is all about the music and the way Lee can diversify with aplomb is very impressive. A contender for album of the year for me and one that will stay with me for a very long time.