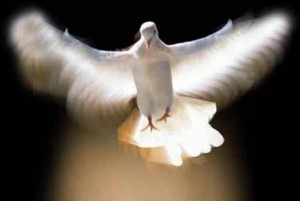 I have come to the conclusion that pigeon-holing bands into certain categories or genres can often be more detrimental than advantageous to their continued popularity and success.

Where, in some circumstances, it will mean that the music will appeal to smaller cross section of the music loving public, in others it can lead to a mass exodus (Prog seems to be attaining this level of notoriety at the moment, for whatever reason).

Unfortunately, music lovers and journalists as a whole (and I include myself in this too) seem unable to talk or write about bands without shoehorning them into a particular classification. This is okay if that actual artist portrays themselves as being unashamedly of that ilk, however, in most cases, we need to broaden our brush strokes.

Gabriel is a collaboration between singer/songwriter Sally Elsey from London and guitarist and recording engineer Albert Vinasco from Buenos Aires. Together, Sally and Albert combine their highly melodic approaches to create music that is both sweet and powerful.

I have often heard them called a ‘Female-fronted Metal’ band but this is to shower them with faint praise, their music contains a lot more influences and nuances. ‘Unforgiven’ is the fifth album from the duo and has rock, progressive and metal hints all over it, time to immerse myself further….

First, and title, track Unforgiven has a Celtic, Latin feel tot he introduction with a bit of Gregorian chant thrown in. Symphonic in feel with the string sound and our first meeting with Sally’s mercurial vocal talents. Her voice has an operatic undertone to it, add this to the ominous sounding rhythm section and scurrilous guitar solo and you feel that you are in a melodramatic soundscape, quite intriguing. Within the Circle takes on a Gothic-metals style that has hints of Within Temptation allied to the powerful and expressive voice that Sally Elsey owns. Delving deeper into the track, you feel a depth of quality to the music and Albert gets to rock out on the guitar with this one with a spirited riff and high-tempo percussion. Haunting and melodic but with a heavier feel to it, it is really addictive and catchy.

A crack of thunder followed by a proper heavy metal riff and married with a thunderous drumbeat sees Two Worlds Collide hove into view. This song puts a smile on my face as you get a proper beast of a rhythm section combined with Sally’s decorous, if slightly menacing, vocal. The guitar runs and solo are quite grin inducing too, just a real good rock-out track with a late 70’s metal vibe to it. Here in You begins with a delicate string and piano combo before the breathless and precise vocal adds a sheen of panache to proceedings. This patina of calm doesn’t last for long before Sally takes on a sort of mischievous Kate Bush persona and Albert moves into full-on rock hero mode. The coruscating guitars and hectic rhythm delivers a high energy ride that leaves your head spinning at times before the track returns to its chilled out roots and comes to a gentle close.

With an intro that smacks of mid 70’s classic rock and Americana, Do You Believe has a further sense of depth to it. Sally Elsey delivers her cultured, almost operatic vocal and the crunching guitar interjects at certain points to give a theatrical feel to the song. With toes fleetingly dipped into 80’s metal and modern symphonic power-metal, it is an interesting melting pot of styles that keeps you guessing. The coruscating guitar solo has me damning my lack of luscious locks and reminiscing about denim. Taking the soothing qualities of all that’s best of Karnataka and adding their own spin on it, Shelter From the Rain is a classically tinged pop-rock song with strong folk and Celtic ties. Superb vocals and more dynamic and expressive guitar work leave you with a particularly polished taste in your mouth, this track appeals to all musical palates.

Now to the ‘prog-epic’ on the album, well not necessarily progressive but it surely takes it cues from that genre. Time Train is twelve minutes of intriguing music that beguiles and fascinates. The 80’s synth-pop style introduction with Sally’s incessant repeat of the title gives way to a piano and vocal that drips sincerity and bonhomie. Like musical building blocks, the track heightens the tension as it continues, the complexity swelling and the music taking hold of your senses. The guitar, drums and programming are compelling and deliver an intricate musical mosaic as a backdrop to the vocals and keyboards that are narrating the story. The guitar work smolders and simmers, low key yet dominant and potent, it delivers a sombre and pensive feel to this eloquent and passionate song, one that lingers long in your memory. House of Shadows takes Gabriel down a more mainstream route with its slight nod to pop/rock sensibilities. The gentle and ethereal keyboards match the charming vocals perfectly and the whole song has a feeling of goodwill to it even venturing into Mike Oldfield territory with the distinctive guitar sound. A track that leaves you in a calm and contented state of mind.

Soul Taker begins all mercurial and mysterious with haunting vocals and a lilting piano before breaking into another rock/metal power track. Heavily symphonic with a hard hitting riff and pugnacious drumming, it has to be doing my poor relation’s version of a headbanger again. Sally’s vocal has an edge to it, imbibing the song with a carefree attitude that is pure rock n’ roll. That feel runs through into Stone Cold Redeemer which immediately puts me in mind of Heart and ‘Barracuda’, a really deep and dangerous 1980’s guitar riff married to Sally’s singular vocals. Simple with a clean delivery, it makes no bones about what it is, another pure hard rock delight. The slightly off-kilter guitar solo is a breezy delight that grabs your attention and really hits home on this enjoyable romp.

The final track on the album, Meant to Be, finishes things off in a symphonic metal style. Like a lament, it has an almost mournful feel to it, the vocals subtle yet effective. The guitar solo is full of feeling and pathos and has a heavy hue of 80’s British heavy metal deep at its core. Another fine slab of hard rock with a strong whiff of symphonic metal served up for your delectation.

A classy blend of hard rock, metal and symphonic rock with its own core identity, Gabriel a massive sound for just two people. Pigeon-hole them if you dare, there is more going on with this musical collaboration than you could fit into any one box. Sally Elsey’s vocals are worth the entry fee alone but, with the excellent musical talent of Alex Vinasco at her side, you have something a little bit different and special.