It’s that time again, that time when we supposed musical journalists put together a (subjective) list of our favourite albums that were released in 2020.

This list is very subjective and may have been different a few weeks ago, it is a list of ten albums that have touched me in any way in the previous 12 months and ones that I go back and listen to often.

There have been some that have been very close to my top ten, ‘Breaking Point’ by Jump, ‘Foxholesque’ by The Foxholes, ‘Brave New World’ by Built For The Future, ‘Dreaming City’ by Glass Hammer and ‘Beyond’ by Hibernal are just a few that were knocking on the door of my top ten and would definitely be included in a top twenty but just where do you stop!

So, here it is, my list of my top ten albums for 2020, they are in no particular order, apart from my number one and I’m sure most of you can guess what that is…

Intelligent and insightful lyrics and four musicians at the very top of their game are great ingredients to have when you create a new album, however Pendragon have added a dash of magic that is rarely seen in modern music nowadays. There is no such thing as the perfect record, musicians are always striving to concoct something better than has gone before but “Love Over Fear” is as close to perfection that you can get, the best album of the last twenty years in fact and, in my humble opinion, and that is a very rare beast indeed!

The Tangent are a British progressive rock institution and every new album is eagerly awaited by the fans and, while every fan will have their own opinion, ‘Auto Reconnaissance’ is my favourite album from the band yet. Andy is on top form, his song writing is as sharp and clever as ever and he has gathered around him a group of musicians who seriously have no peers. A superb release and one which cements The Tangent’s already exalted reputation.

Blue Rose Code – With Healings Of The Deepest Kind

When it comes to music that salves the soul and gives joy to the heart, this album has few peers. An utter musical joy and one that everyone should listen to at least once, it has an honesty and innocence that is rare in the music industry these days.

When most people look at an acoustic guitar, they see exactly that – a wooden box with strings. As one of the pioneers of the modern fingerstyle sound, however, Jon Gomm has a rare gift for turning one instrument into what feels like an entire orchestra, with this new album he has found new emotional depths in immense melodic pop landscapes.

On album number seven Mariusz Duda, the multi-instrumentalist, vocalist, and mastermind behind Lunatic Soul is extending his musical explorations to include dark Scandinavian and Slavic folk referencing bands like Heilung or Wardruna. Following the heavily electronic sound of previous albums Fractured and Under the Fragmented Sky, Through Shaded Woods is completely devoid of electronics and is the first album in Duda’s discography, on which he plays all instruments.

Duda appears to have put the personal darkness that inspired his previous albums behind him, as more optimistic elements shine through in his new music. The album becoming musically “brighter” as it progresses – from the atmospheric introduction of “Navvie” through to the title track, which leads the listener to a melodious, trance like “Oblivion”, echoing the style of Dead Can Dance.

Airbag – A Day At The Beach

Dyble/Longdon – Between A Breath And A Breath

This is an album that you must listen to or you miss it at your peril. I cannot recommend this highly enough, I think it is one of my albums of the year. Indeed the beautiful music and the grace that the album offers make this worthy of a place in any albums of the year listing. Yes, it is that good, truly remarkable in fact!

The legendary Scottish singer’s last studio release is one of his finest and his best since ’13th Star’ (in my opinion). Grandiose in scale and delivery, the music has a maturity and melodrama missing in most of what you will hear nowadays. Fish’s songwriting abilities are as strong as they have ever been and the unique dulcet tones of his Scot’s brogue herald some of his mightiest compositions yet. A highlight of a very stellar career.

In this year where we have all been touched by the horrific effects of the pandemic, Vikram and Tom have given us something quite magical, an ultimately uplifting collection of beautiful songs that leave a lasting touch on our hearts and souls. ‘Satellites’ gives a feeling of hope and calm reflection that we can take into 2021 and will leave you with a smile on your face and love in your heart.

This release has jumped straight into my top 5 of the year, in fact, I love it that much I have just bought the vinyl…

How to sum up my feelings? I have a very close connection with Abel Ganz but that has not made any difference to how I have reviewed this album. Put simply, it is not just the best album I have heard this year, it is one of the best albums I have ever heard in my 52 years. More than just a collection of songs or even stories, it is part of the band member’s very souls and when they put all of that into making a record, you are going to get something very special indeed. 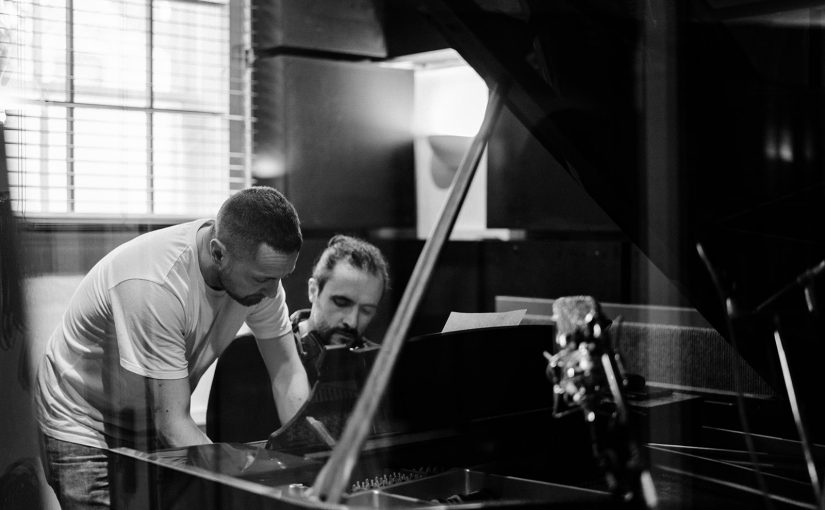 Blue Rose Code is Edinburgh-born songwriter Ross Wilson. At the edge of contemporary alt-folk, Wilson’s music evokes a meeting of Van Morrison and a young John Martyn, both shipwrecked with a bunch of Motown records.

The music of Blue Rose Code is not simply music to listen to… But music to engage with in an emotional transaction that will tear your heart out, dance on it, repair it, replace it and somehow leave you feeling richer for the experience. – Brian Doig.

I was introduced to the soul stirring and joyous experience that is Blue Rose Code by my good friend Iain Sloan and the album ‘…And Lo! The Bird Is On The Wing’ and I have been eternally grateful ever since. Ross Wilson is an exceptional composer and musician, his songs invoke strong feelings of passion for home and the land, for loyalty and love.

Ross’ soft Scottish brogue combines with some of the most emotive music you are ever likely to hear, he doesn’t write songs, he creates moments of musical wonder and beauty. Ross Wilson has spent most of his musical life curating; he sculpts his band to every mood and temperament in order to create the perfect happening.

Nine songs, nine stories, nine perfect moments frozen in time, ‘With Healings Of The Deepest Kind’ is, perhaps, Ross’ greatest creation yet. Each track will take your heart and soul an a wondrous musical journey and lead you to place of peace, calm and love.

The highlights for me are the lilting, laid back charm of opener You’re Here And Then You’re Gone, the absolute grace of The Wild Atlantic Way and Starlit, the humble bare charms of Red Kites and the folk/blues/americana humble wonder of closing track Riverstown.

When it comes to music that salves the soul and gives joy to the heart, this album has few peers. An utter musical joy and one that everyone should listen to at least once, it has an honesty and innocence that is rare in the music industry these days.