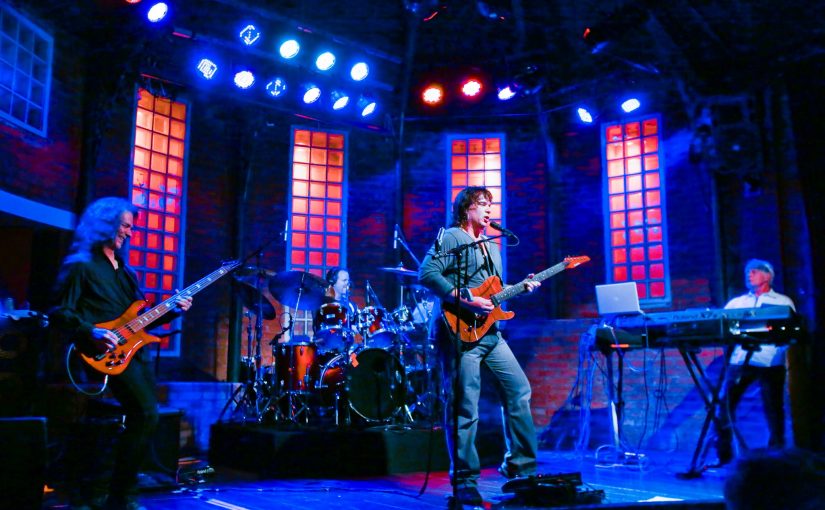 “CIRCA: is a Progressive Rock band formed by veteran rockers Tony Kaye (original YES keyboard and organ player) and Billy Sherwood (who took Chris Squires place after his untimely passing in 2015), with Ricky Tierney on bass and Scott Connor on drums.

The band was formed in 2007 by Tony Kaye and Billy Sherwood. The debut self-titled CD, “CIRCA:”, features also YES drummer Alan White and Jimmy Haun on guitar. The follow-up, “CIRCA: Live” DVD, archived the band’s first live performance.

In 2009, “CIRCA: HQ” was released with Jay Schellen on drums. CIRCA: “Overflow” is a collection of extra bonus material from the first and second recording sessions, available only as a digital download.

“And So On,” was the third studio CD by the band. A subsequent tour happened in 2011.

“Valley of the Windmill” the new album, includes several extended length songs, and can be described as “super proggy” with influences ranging from classic Yes and Gentle Giant, to Porcupine Tree and Marillion. And absolute must for all Prog Rock fans!”

“Valley of the Windmill” will be released by Frontiers Music Srl on 8th July 2016.