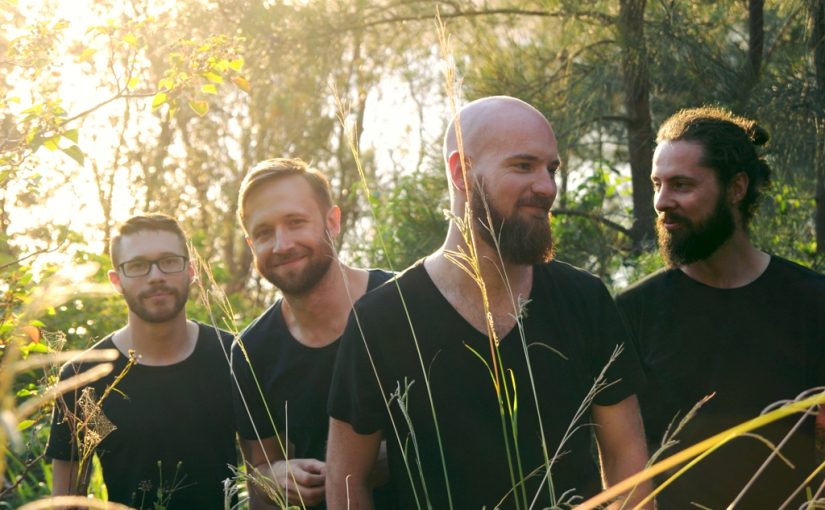 Post-rock trailblazers sleepmakeswaves have announced a massive start to 2017 with a new single, a plethora of tour dates and the news that their third album “Made of Breath only” will be released Friday 7th April through Bird’s Robe Records.

The first taste of the new record ‘Tundra’ was premiered on triple j radio this week, with the station opining “a masterful rise-and-fall of breathless riffs and breathtaking atmosphere, the track pivots on scintillating guitars and epic climaxes towards a reflective final act.”

The band also participated in an AMA on Reddit ahead of the premiere and indicated that the new album will have the “up-tempo pace and intensity” of their previous album ‘Love of Cartography’, “but there are more straight up riffs and overall, it’s angrier, sadder, and heavier.”

To launch the record, the band have begun rolling out a series of tour announcements which will ultimately form part of their world tour in support of ‘Made of Breath only.’

In February, they kick off their touring as main support for reunited post-hardcore legends UNDEROATH at a series of sold out theatre shows around Australia.

In March, they will begin their headlining run in China with a 10-date tour playing their biggest clubs and theatres to date. During March and April, they will return home to launch the new album with a 7-date headlining Australian tour covering capital cities and regional areas.

In May, they will then continue on to New Zealand and another Australian tour, as direct support for Canadian progressive rock icon DEVIN TOWNSEND at theatres across the continents.

The band have also responded to fan requests on social media, indicating that further touring is in the works for the UK, Europe & North America.

In late 2016, the band put out a call to fans to help raise funds for their third album and a world tour through pre-orders via Australian crowdfunding site Pozible. They raised over $40,000 to cover the remaining costs of producing the record, which follows 2014’s ARIA-nominated & J Award-nominated ‘Love of Cartography.’

The band posted the following message to social media upon the announce:

It feels like the last 12 months have been leading up to today, and we’re incredibly excited/nervous/eager about recording this material with Nick DiDia, and performing it for you all over the world from early 2017. Thanks for the support as always. Your friendly neighbourhood post-rockers, sleepmakeswaves

sleepmakeswaves recently wrapped up a massive sold out tour with reunited alternative rock legends COG, as well as touring extensively across North America and their own headline tour in Australia, clocking up 54 shows in support of the single and video ‘traced in constellations.’

The band’s busy schedule follows their epic 55-date, 22-country ‘Great Northern’ tour of 2015 and 10 Australian tours, 4 European tours, 2 US tours and shows across Asia and New Zealand since their release of their debut album ‘…and so we destroyed everything’ in 2011. In 2014, they successfully raised $30,000 in pre-orders to help fund the recording of ‘Love of Cartography’.

New album “Made of Breath Only” is out 7th April in the UK. Sat May 20 – The Triffid, Brisbane QLD

Tickets for all shows from www.sleepmakeswaves.com