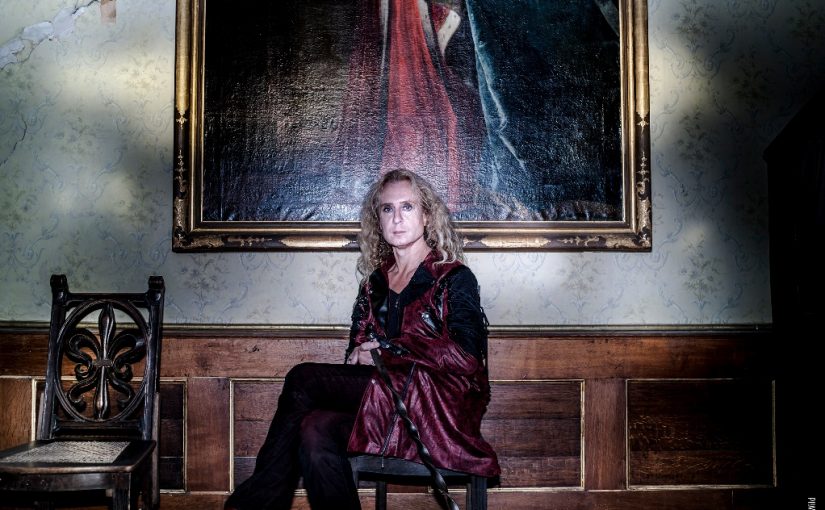 (All artist pictures by Tom Wild)

After deciding that he wasn’t busy enough touring with Steve Hackett, in 2015 Nad Sylvan signed a Solo contract with InsideOut music to bring us his first solo album, the excellent ‘Courting The Widow’. May 2017 sees the arrival of the eagerly anticipated follow up, ‘The Bride Said No’.

Whilst ‘Courting the Widow’ contained heavy overtones that were firmly routed in 1970’sBritish Progressive Rock, perhaps not surprisingly heavily influenced by Genesis, Nad has fairly and squarely put his own stamp on this new album whilst still acknowledging those influences. The album opens with Bridesmaids, a haunting melody played by Nad, with backing vocals from Jade Ell and Sheona Urguhart, which is used as a recurring theme throughout the record. It segues directly into The Quartermaster, a powerful song based around Nad’s exquisite keyboards which acts as an introduction to the Bride’s suitor and sets the plot for the story. It is also to be released as the first single and contains a very abrupt ending which caught me completely by surprise on first listen! When The Music Dies is considerably more melancholic and shows off Nad’s vocal range to its imperious best. The story continues with The White Crown which has very strong Medieval overtones. Jonas Reingold’s distinctive guitar riff gives the song a harder edge and is a great contrast to Nad’s guitar throughout the rest of the track. What Have You Done is my personal highlight. It opens with gentle piano from Nad and backing vocals from Jade and Sheona with Jade also sharing the lead vocals with Nad beautifully. Steve Hackett and Guthrie Govan share the guitar duties with Steve starting the incredible soloing and they complement each other magnificently. Crime Of Passion follows and is a much more powerful song that still retains a wonderful melodic balance. A French Kiss in an Italian café begins with a tasteful guitar intro, Nad’s vocals then set the scene and we are led to a meeting with a stranger. Wonderful guitar work from Steve and Nad accompany the vocals along with Tony Levin’s  ever expressive bass and there is a beautiful saxophone solo from Sheona to close the track.

The Bride Said No is the albums finale and at first glance is a nigh on 20 minute magnum opus. It lasts however 12 and a half minutes and magnificently concludes the album. Tania Doko this time shares the vocals with Nad who also contributes with a wonderful “Emersonesqe” solo added to more splendid guitar work and an incredible solo from Steve. Drums and percussion are shared throughout by the excellent one-time Jethro Tull drummer Doane Perry and Big Big Train’s Nick DiVirgilio. Bass is provided by Jonas Reingold (of Swedish progsters Kaipa) and Tony Levin. The vinyl edition is three sided with the fourth being occupied by an etch in the manner of his stablemates Kansas’ last album. Doubtless, in the 1970’s, the likes of Todd Rundgren would have squeezed this on to two sides of plastic but I for one am ecstatic that we have three sides of pure listening pleasure which I am counting down the days to receive.

Pre-order ‘The Bride Said No’ from InsideOut Music