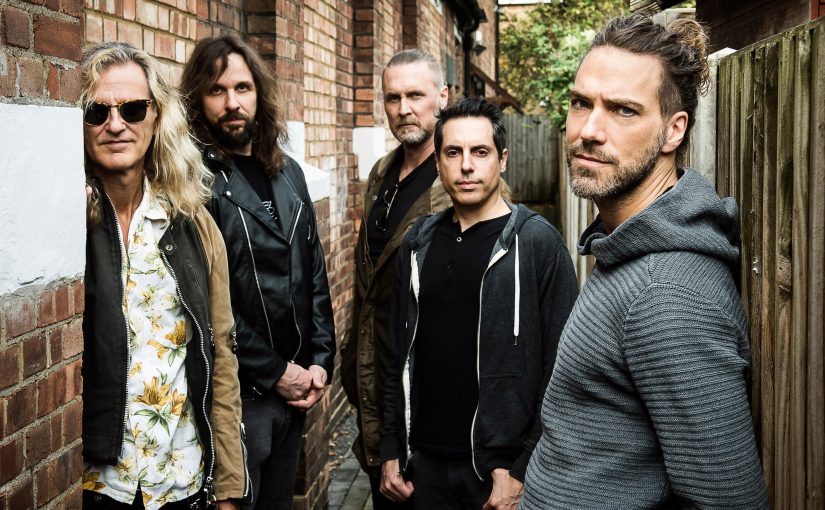 The idea of a Supergroup is a funny thing. A gathering of very talented and creative musicians get together to pool their ideas to create something, they hope, that is absolutely amazing. Sometimes that happens, bands like Cream or The Travelling Wilburys spring to mid for a start; however, often what ends up being created is an album that is somewhat written almost by committee, something that inhibits the creative process because of the sheer amount of creativity that is thrown at the project. And unfortunately, for me, the new album from the collective known as The Sea Within, being released on the 22nd June 2018, falls into the latter category.

The roster of acts that the members of the band have worked with, including Steven Wilson, Yes, and Steve Hackett, obviously shows that these guys are hugely talented and, indeed, this is proven by the playing on the album and accompanying 4 track E.P. There are some fantastically gorgeous moments recorded, the sub E.L.O. / Supertramp vibe on the first half of the 14 minute epic Broken Cord is sublime. But here also is the problem; this song would be a perfect six to seven minute progressive pop tune, it’s a shame they felt the need to include a huge swathe of jazz improv. showing off onto it.

This is a fault repeated on a few of the songs, it’s like someone in the band came to the studio with something they were desperate to have included with the production team including it where they could instead of asking the pertinent questions, does it add to the tune, does it fit, is it needed?

In 1832, JMW Turner, at The Royal Exhibition, upstaged his great rival John Constable, by adding to his great painting Helvoetsluys, a small smudge of orange paint. Just that, something very small and insignificant on the face of it, but hugely significant in the bigger picture. Turner understood the principle of less is more, he had the ability to recognise when something was finished. He didn’t need to keep on adding, he just knew that what he had created was good, brilliantly, jaw-droppingly amazing.

A little bit of this level of self-awareness would have been something which would have improved The Sea Within immensely. They have created a very, very good, maybe even great album here; it’s just that I don’t think they realised they had, they couldn’t stop; if they were Turner they wouldn’t have stopped at a little orange splash, they’d potentially have taken a spray can to the canvas and covered the painting in orange.

Ironically, though, the four track E.P. proves that The Sea Within have got that awareness; maybe because of the format it is recorded on helped, but these four tracks, The Roaring Silence, Where Are You Going, Time and Denise are focused, unfussy and spell-blindingly good – a really enjoyable 28 minutes or so of driving, clever and immense progressive pop rock.

For me, if I was the producer, I would have taken all the superfluous showy off bits out of the album, lost a couple of weaker tracks and included the E.P. in the album itself. Perhaps it’s a project one of the erstwhile musicians, Steven Wilson perhaps, could get their teeth into – turning this reasonable and worthy album by very talented musicians into the potentially great one that is hidden in it. For the listener it is a worthwhile listen, but I’m convinced it could be, and should be, so much more with a helluva a lot less on it.

Order The Sea Within here 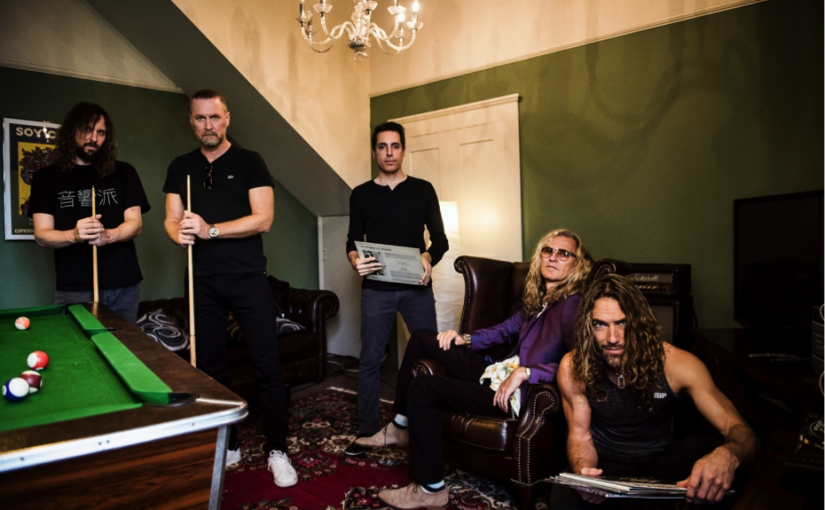 Let’s get one thing straight from the start. The Sea Within is more of an amalgamation of some serious talents, than a regular “supergroup”. These musicians have come together to create a unique album.  Guitarist/vocalist Roine Stolt, bassist Jonas Reingold, keyboard player/vocalist Tom Brislin, drummer/vocalist Marco Minnemann and vocalist/guitarist Daniel Gildenlöw have a vast reservoir of experience. Look at the portmanteau of artists with who they’ve worked: The Flower Kings, Transatlantic, Jon Anderson, Steven Wilson,The Aristocrats, Joe Satriani, Yes, Steve Hackett, Renaissance, Pain Of Salvation, Deborah Harry, Meatloaf, Karmakanic … that of itself tells you this is something very special.

“I suppose it all began to take shape in the autumn of 2016,” explains Stolt. “I had a chat with Thomas Waber, the boss at InsideOut Music, about the idea of putting together a new band.  I wanted to move in a fresh direction with new collaborations. So Thomas gave me the ‘go ahead’ to seek musicians for a new project.”First on-board was  The Flower Kings bass player Jonas Reingold.- “He is a long time bandmate and friend and we were also very keen to get keyboardist Tom (Brislin) involved – after seeing his synth pyrotechnics with legends Yes ‘Symphonic’ and with Camel. Then we have been a fans of ‘Aristocrats’ drummer Marco for a long time; I first heard of him 15 years ago and he is a brilliant drummer, unique energy. Then when we discussed ideas for singers, Daniel’s name came up, he has such a great range and dynamic voice and we’ve worked together on and off over the years.” Also added later to the bands line-up for live shows was vocalist & guitarist Casey McPherson of ‘Flying Colors’ & ‘Alpha Rev’, who also sings a couple of songs on the album.

Initially the band went to Livingston Studios in London last September to begin the process of assembling all the material and recording it for the debut album.“Most of the material you’ll hear are really band compositions. Of course, ideas were triggered by all of us. Sometimes Jonas would come up with a  part, chord sequence or tune  and  then I or Tom would write melody &  lyric and some new riff section and Marco enhancing  with further  musical metric twists and developments – then Daniel would add or  rewrite some of the lyrics, change or add  more  melodies. Overall, the vast majority of the tracks have been worked on and developed by all of us in one way or another.”

The entire recording situation took about six months, and the band also have some very special guests featured on the album. “We have got Jordan Rudess from Dream Theater playing piano on one song. The legendary Jon Anderson sings on another track, while ‘wind ace’ Rob Townsend, who plays saxophone and flute with Steve Hackett, is also on the record. Each of them brings a different flavour to the music.”

“People have asked me how I would describe what we have done, and it is almost impossible. I would have to say it sounds like…us, ‘The Sea Within’. Our tastes are very eclectic – from prog to jazz to classical, to heavy rock, folk, punk, electronica and pop. We all come from a different background – so here everything goes. This has been about putting those diverse influences into the music. I feel you will hear all that’s good about pop – with great melodies and hooks – plus the rawness of metal, improvisations, symphonic and movie soundtracks. We also left room for each of us to take off on flights of instrumental jamming. That was the basic idea, anyway. But until we all got together, we had no idea where it would lead or if it would actually work.” The band have ended up recording close to two hours of music, and will be releasing it all in June on what will be a self-titled album.

The Sea Within as a music collective have plans to perform live, and will make their stage debut at ‘Night Of The Prog’ in Loreley, Germany which happens from July 13-15 and will bring special guests for that evening. “As far as I am concerned, we will try do as much touring as possible. We have a great band, great label and our agent Rob Palmen on-board.  We have great artwork by Marcela Bolivar, all looks bright.  However Daniel will not be able to join us for touring now, as he has commitments with main band Pain Of Salvation. With Casey taking the vocal spot, now with us live, we can go out on the road and play this album and beyond and grow as a band. We have so much to offer musically, on record and on stage and I am sure we will develop a lot over the next few years.   But ‘The Sea Within’ album is a great start. I am excited for everyone to hear what we have done and am now thrilled to start working on the songs for the live show.”