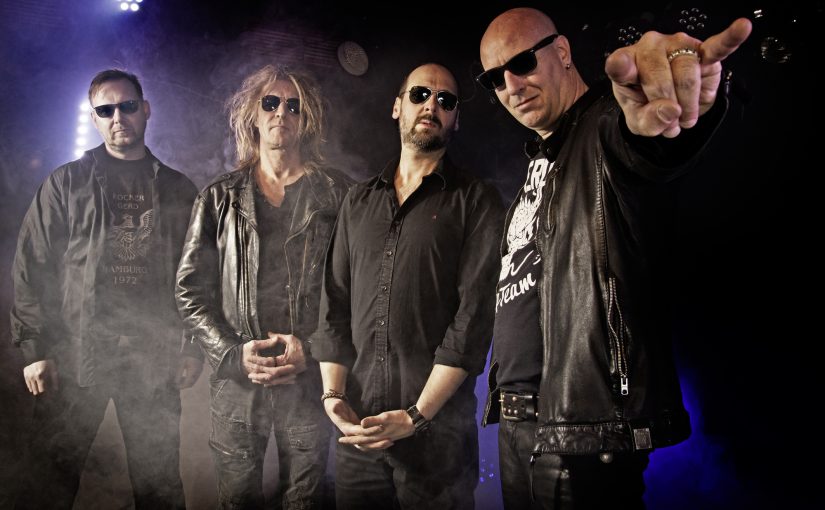 Iron Saviors’ 9th studio album ‘Titancraft’ is packed with powerful forces of unforgiving riffs but first commences with an introduction that sets the scene for the whole album. Being set rather dramatically with what could be associated with a post-apocalyptic Gotham City as a desperate call for help, is heard in a low raspy voice. This exhilarating introduction joins smoothly into the following track with the guitar riff entering at a high impact which doesn’t ease off at all.

A great element of this album is the insane amount of energy used in pretty much every track. The only break you hear is in I Surrender, possessing beautiful tranquil melodies heard from the guitar which harmonises with the piano before dying away, leaving the piano as accompaniment as Piet Sielk Joins in with some painful but provocative lyrics.

Apart from this perfect break, the album is the definition of power metal. The drums alone lay down a ruthless tempo and some powerful fills like in Beyond The Horizon and the bass, equally, will not back down in Rebellious, with its very prominent riff and a rhythm that could resemble galloping. The guitar riffs are always unforgiving and, in combination with the other forces, provide a lot of forward momentum, which is a real strength of the album.

The majority of the tracks are very similar in characteristics such as tempo and structure, and even melodic line sometimes, so it can be hard to distinguish one song from another. However, Gunsmoke is one track where this is not the case, samples of the sound of horses and gun fire take you to a different time, especially when the sound of whistling is heard at the end taking you back to the old west. Perfectly accompanied by a guitar solo which combines shredding and classic bending notes which is highly effective. Overall this album is a great example of what power metal is and why it exists. A great combination of instrumental skill at ridiculous rates with very strong vocals tying the final knot on this brilliant ensemble.