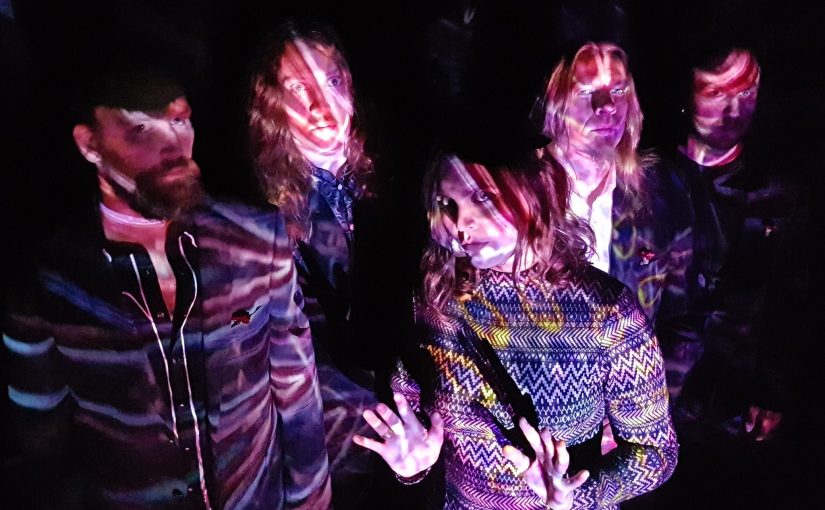 From the opening chords to first sentences from the opening titles of the Twilight Zone dropping into the rhythms I remember hearing on the 60s teen movies where the kids moved in strange gyrations to the psychedelic sounds of the club scene. That is just the first track, Death is the Doors, from this Finnish band hailing from Kuopio. They are distinctly drawing their influences from the 60’s underground scene but they also pull from other areas of influence for the spread of music on this anthology of stories ripped from the dark imaginations of the band.

It has short, punchy and powerful music with intelligence and accessibility as well as a lot of variety. There are also longer pieces that stretch the listener and allow for musical expression and variation.

You and Eyes, at 7 minutes long, has moments of slow intensity and space which drifts and takes the listener along on a journey inside yourself and descends into madness with heavy distorted metal guitar sounds and then out again.

Radio Aquarius is an all too brief musical scoring to a conversation about LSD that drops straight into Return to Hallucinate, following the actual trip to drop the acid and fall down the rabbit hole again. This lets me talk about the eponymous Jess and her vocal style and skill. She has an incredible range but has total control of it. I hear much of Grace Slick in there but also I hear Janis Joplin and Nina Simone on some of the pieces as well. She is fearless and fills the space with a primitive energy with her voice.

This 9 track album is thoroughly refreshing and exciting and reminds me of how good some of these new bands are right now. They  cannot be pigeonholed and are driving their own destiny in a musical sense. They draw like magpies from the history of modern music from the Jazz of the 50s to the NWOBHM of the 80s to the Psychedelica of the late 60s, and I even hear bits of Siouxsie Sue briefly in Jess’ intonation. The musicianship is excellent and they have a very cohesive feel where no one dominates. The bass and percussion are a powerful engine in this machine but know when to drop the revs and disappear so the keys and guitar and become light and carry the musical journey where it needs to go. The use of speech sections is liberal but not intrusive and fits very well into the album and the whole of the narrative.

Who will like this? Anyone truly interested in music who is willing to slip outside their personal silo and loves to hear a band joyously celebrating being able to write and play music. Fans of Birdeatsbaby, Half past Four, and Purson will either already be aware of them, if not check em out NOW! If you think they grew from a Finnish Death metal band and only began in 2010 then they definitely are on my one to watch list.

Buy the album in various formats from Svart Records:

The Horse and Other Weird Tales

All band pics by Mari Väliaho