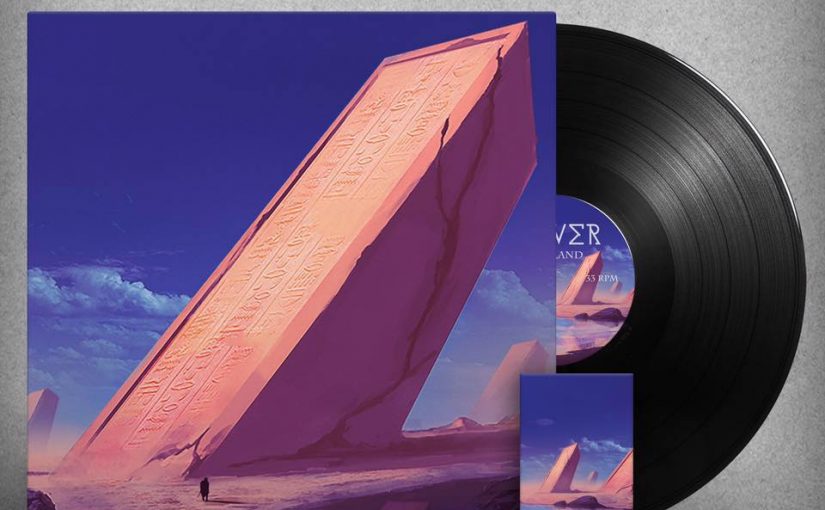 ‘The Great Race’ is the final track from ‘The Island’ and the final part of the albums concept. The first video for ‘Hy-Brasil’ ended with the sole survivor of the shipwreck being transported from the island to another world. ‘The Great Race’ begins with him awakening the day before the fated voyage is to set sail. With his mind erased of past events he makes haste in returning to his village before boarding the ship to begin his journey again.

Check out the video here:

From Kylver’s new album ‘The Island’ which is available now on CD and Download from kylver.bandcamp.com First put out in October 2016 as a self released album both digitally and on CD; ‘The Island’ by North East Progressive Rock/Metal four piece Kylver is getting a re-release on 12” vinyl via Newcastle label ‘Inverted Grim-Mill’ and also on cassette through Colorado based label ‘Graven Earth’ on the 6th of July 2017.

Kylver is made up of guitarist Jonny Scott, Bassist James Bowmaker, Drummer Barry Micherson and Organist Neil Elliott. They have crafted their take on the progressive genre by mixing slow and heavy doom riffs, odd time signatures, atmospherics of post-rock and Hammond tones of the 70’s with a classic rock and metal sound.

Inverted Grim-Mill Recordings is a small independent label based in Newcastle upon Tyne, established in 2012. Acts working with the label are mostly gathered from the local and regional music scene, with releases and live events aimed at helping artists take the next logical step for their music.”

Graven Earth Records was born in the summer of 2016 in Denver, Colorado as a fiercely independent effort to support the best of the metal underground. The label has thus far worked with bands both local and abroad, issuing limited edition cassette releases with plans to expand to vinyl releases in the near future.

‘The Island’ is the follow up to their 2015 debut release ‘The Mountain Ghost’. ‘The Mountain Ghost’ is a forty-minute long concept album consisting of four tracks that follow the fictitious tale of a spirit who inflicts torment on the residents of a village that lies in the shadow of his mountainous home. The success of this first self released album lead the band to be nominated in the ‘Limelight’ (best newcomer) category of the 2016 Progressive Music Awards which was followed in the same year up by seeing ‘The Island’ listed in the Prog Magazine Critics Choice listings and Prog Magazine Readers Poll.

The Story of ‘The Island’ Goes…. “In November of 1703, a privateer ship and its crew set sail in search of a mythical island that was said to hold a portal to another dimension or another world in space and time. But from the outset, the journey was doomed to never reach its destination. After a day or two at sea the ship was wrecked in a great storm, losing all on board with the exception of one sole survivor. It was as if by fate that he was washed ashore on the very island that the expedition had been searching for, with nothing but a pendant around his neck which contained a strange undecipherable map. As the confused mariner made his way deeper into the heart of the island he was accompanied by an eerie feeling that he was not alone. It was a feeling that he was being ushered along the trails of the island by its shadows, shadows that lured him towards a cave inhabited by an unfamiliar yet familiar stranger. The sibyl of the island showed him the meaning of the pendant’s contents before showing him what and where he was searching. Upon his arrival at the ancient monoliths he found himself greeted by four hooded figures who were members of The Great Race. They proceeded to transport the weary traveller to an abyss where no man should venture. The sojourner begged that he be sent back to where he came from as the strange environment he found himself in was turning his mind into something he could not fathom. To this The Great Race agreed but not before they had removed all recollection of how and when this all happened from his mind. But The Great Race added a curse to protect their knowledge even further. He awoke in his world on the eve before the ship was due to set sail and from then on the rest of his life was a perpetual loop, with the same journey continuing to happen over and over again with no end…”