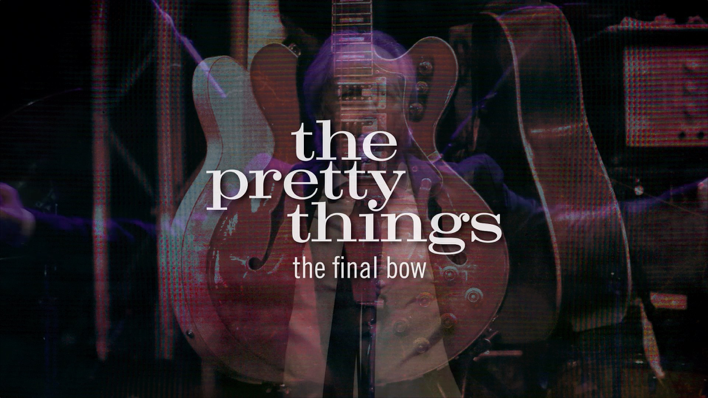 British music icons The Pretty Things will release ‘The Final Bow’ via Madfish on 1st November. Celebrating 55 years of the greatest band most people have never heard of, The Final Bow captures The Pretty Things at their riotous, unique & mercurial best.  Recorded across 3 sets of classic tracks featuring special guest appearances from good friends David Gilmour and Van Morrison at Indigo at the 02 in December 2018. The Final Bow will be released as a beautiful and carefully curated deluxe edition and as a 2xLP soundtrack set as well.

Invaluable to the development of British music, The Pretty Things have been a critical success and a huge influence on artists as diverse as David Bowie, Aerosmith, The Ramones, Bob Dylan, The Sex Pistols, The White Stripes, Kasabian, The Lightning Seeds and countless more. A who’s who of music icons site The Pretty Things and their outrageous behaviour, incandescent stage performances and astonishing catalogue of remarkable, ground-breaking recordings as fundamental in the creation of their own work.

Still creating significant music today and with a rich catalogue including top-level albums such as The Pretty Things, S.F. Sorrow & Parachute, they remain a hugely significant artistic and creative force. They are a band to revere with no other first-wave artist but The Rolling Stones outselling their frontline recordings today and probably no artist at all out-performing them live.

This electric performance features all of the youthful and incendiary vigour from their 60s beginnings, showing off a technical prowess by performing tracks from their full range of styles: first wave R’n’B, psychedelic rock, and the blues. Led by founding vocalist and guitarist Phil May & Dick Taylor, the band was driven by their current line-up consisting Frank Holland, Jack Greenwood & George Woosey and featured returns from original recording band members Skip Allen, Wally Waller & John Povey. The evening was transformed from unmissable to sensational with the guest performances of Pink Floyd guitarist David Gilmour on classics including “Cries from the Midnight Circus” & “L.S.D.“, and legendary vocalist Van Morrison on blues classic “Baby, Please Don’t Go” & soul standard “You Can’t Judge a Book by its Cover“.

The Final Bow is a startling and essential snapshot of a band who, for over 55 years, have never stopped pushing, growing and honing their craft – a record 5 decades in the making.

Phil May: – The Pretty Things: “After 55 years, saying goodbye to The Pretty Things electric band was a seismic, emotional blow and a genuine life loss, for all the band and our manager.  But, to be forced into it on health grounds, when the band was riding high, creating great new music and touring so successfully, throughout the world, made matters worse. But, life’s a bitch and then you die…

That said, this box set and what it represents, as a lasting tribute to the band I love, the life we have lived, and the way we have lived it, in music and performance, is unparalleled. I know I’m lucky, I, and the band, made it through a 2-hour 45-minute performance, in the best form we could have hoped for and we all feel that we created a performance, worthy of “The Pretty Things” at their best. That we captured it on film and on record, that we had our great, old friends, David Gilmour and Van Morrison alongside us and creating the moment and that, most of all, the o2 was sold out with our friends, old and new, young and old, and the people that we have done it for and who made it possible for us, was the icing on the cake.

This is a great representation of a great night, a wonderful gig, a heart-breaking moment and – a life in rock and roll. We love it, I hope you do, too..”

‘The Final Bow’ can be pre-ordered from Madfish now with the first 500 orders of the deluxe edition receiving a signed Insert by Phil May & Dick Taylor.