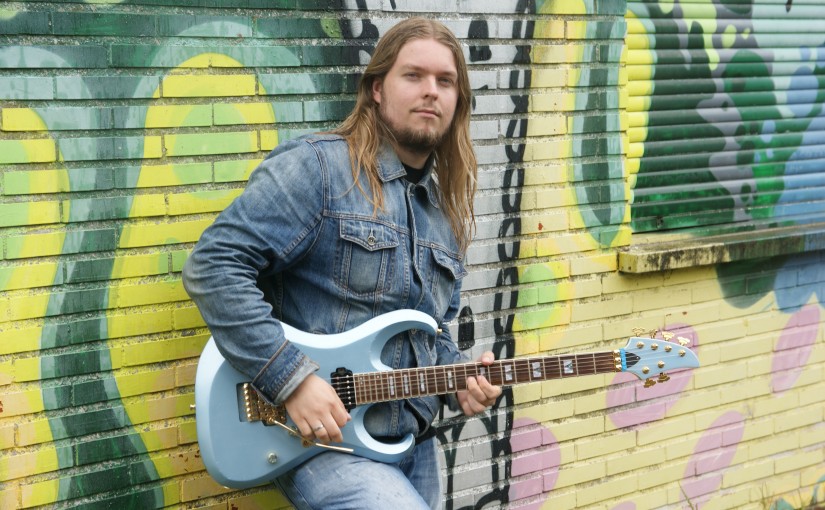 There are lots of small, independent music labels around this great big planet we live on, I even work with one. It was a pleasure to meet Peter from Freia Records at the recent Bad Elephant evening. This Dutch imprint have been going for quite a long time and have built up a nice roster of artists. Peter is as enthusiastic about music as any of us who have it running through our blood.

I’ve reviewed some of Freia Music’s releases in the past so it was with anticipation that I downloaded the latest one as soon as it landed in my inbox. Sebas Honing was better known to me as being a founder of Equisa with hs wife, Petra. Little did I know he also had a burgeoning solo career.

‘The Big Shift’ is his third (or is it his fifth?) solo album. His previous album met with critical acclaim both from the fans and the media. Sebas was even featured in the ‘Limelight’ section in Prog Magazine, issue 49 (September 2014). Sebas also took the criticism of his first album to heart and asked Christiaan Bruin to play the drums, his wife (a professional singing teacher) also helping him to strengthen his voice.

‘The Big Shift’ is, again, a concept album if, albeit, a loose one. It is about change and includes lyrics about leaving home, getting rid of fears and the birth of Sebas’ daughter. There’s an eclectic mix of progressive and symphonic rock running throughout the album. Right from the thunderous opening salvo of instrumental title track Big Shift and Life pt.1 this is dynamic and compelling. Sebas is a seriously accomplished guitarist but he has a rather nice vocal too, vulnerable, yet with authority when required. Mrs Honing (Petra) provides classy lead vocals on a selection of tracks and her voice has a dreamlike elegance  to it.

Sebas explores the more complex and progressive styles on tracks like Ditching Fear, Mercury Retrogade and OMG yet they still keep a more accessible feel to them. Stylish, concise and expressive, these are catchy tunes that, mixed with a certain degree of complexity, really appeal to the listener and, when Sebas lets rip on the guitar with his inimitable style, it’s a joy to behold. There’s even a touch of Metallica coming through on OMG, bringing a smile to my face.

Occasional lapses into a lighter, more fine-grained style do not hinder your listening enjoyment. Rather, tracks like All You Are, Freedom (a strong single contender if he wanted one) and Mild Smile give the middle part of the album a dose of humility and humanity. It is on tracks like these where Sebas adopts a cultivated edge to his music and vocals and rather stylish and urbane it is too.

Overall, the astute mix of styles blend together to deliver a distinctly cohesive whole and there is something for everyone to enjoy with nods to the more serious and then the light-hearted among us. Every now and then the added polish of Sebas’ brilliant guitar playing breaks out and everything lifts to an other plane altogether, the solo on Hometown being a case in point. Perhaps the most creative, serious and yet, elegant track on the album, Homeless sees Tessa Struijs join Petra on backing vocal duties to give us a symphonic-prog classic in the making.

It could be said that Sebas Honing leaves the best until last as the final two tracks, Life Pt. II and Lost close out proceedings with a bang. Sebas and Petra delivering a stellar vocal performance on the former, along with some rather intricate prog-metal shenanigans and the latter closes out the album with a touch of intimate class.

If you’re a fan of progressive rock with a little extra something, you’re going to really like this intelligently crafted record. Sebas Honing is definitely one to watch for the future, another highly recommended album from Freia Music.