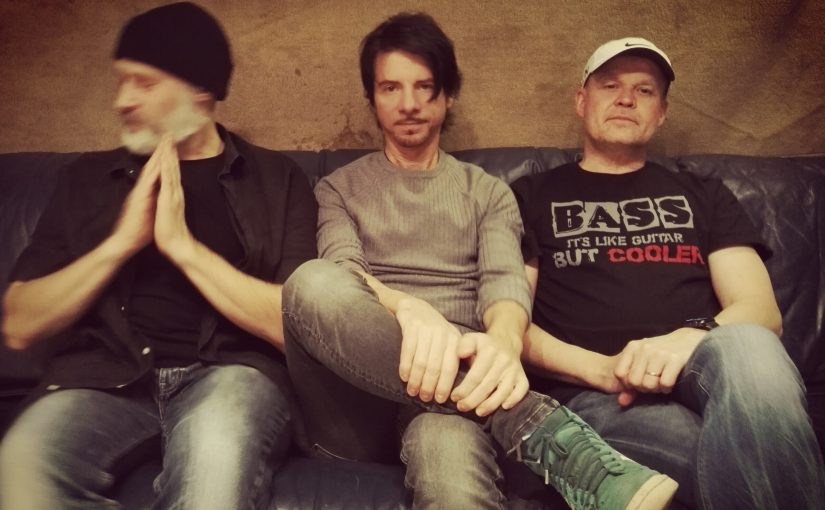 Brother ape happily portray their scintillating seventh studio album ‘Karma’ as being “the result of their current point of evolution”. It’s an astute comment which casts a revealing light on the ways in which the band have been developing across the four years since the release of the pulsating ‘Force Majeure’ in 2014.

‘Karma’ is, in many ways, a work of and in progress and clearly reflects the exciting and eager music of a working band who have spent the last few years playing festivals, clubs and gigs across their native Sweden. As a prelude to the creation of the new album they released three digital EP’s in 2015 (‘Worlds Waiting….’), early 2016 (‘Mandrill Anthem and Other Stories’) and again in late 2016 (‘First Class’). The best tracks from these releases became the ‘seeds’ which form the bedrock of ‘Karma’ alongside the composition of new songs and material.

The approach certainly pays clear dividends in giving us an album which is beautifully rich in the diversity of musical styles and moods it presents. The energy and vitality which naturally accrues from playing live on stage is effortlessly transferred to the ways the songs are written and performed. As you listen to the album you can both hear and feel the progression and the increasing refinement in the spirit and vibrancy of their playing. There is an admirable openness to the influences they have heard and how these have become incorporated and creatively infused into the writing process. Much like dipping your toe into a flowing river again and again, each song is a carefully crafted and thoughtfully nuanced snap shot of a time, a place, a mood, a feeling. The album becomes a fascinating collection of musical ‘postcards’ assembled by a band who are intent on probing the boundaries of musical imagination.

This ever inquisitive openness creates a willingness to play, to experiment, to literally explore wherever the mood takes them. The band openly confess they are deeply committed to the idea of “always making music that trigger us at the moment independently of what musical orientation it has.” And in this respect, ‘Karma’ is an arresting showcase of the glorious spirit of innovation which is not afraid to traverse or find inspiration in impressively wide varieties of musical genres and techniques. Combined with the commanding sense of presence and energy acquired from live performing as well as the novel expressiveness they bring to the each song, the album really is a remarkable testament to their current point of evolution.

The album opens and closes with two blistering, signature Brother Ape tracks that are fiery statements of intent. Oblivion (Track 1) is a wonderful fusion of rock, jazz and mesmerising time signatures full of attitude and youthful defiance. The title track Karma (Track 8) begins with the same provocative and challenging power before giving way to tranquil orchestral interludes which in turn lead to a throbbing Amazonian passage of drumming overlayed with a triumphant vocal refrain. But the mood instantly changes with the sublime If I Could (Track 2), the purity of the crystal clear vocal work, carrying a slight echo, riding an assured symphonic tide of cinematically light orchestral arrangements. The mood is picked up again in Don’t Stand At My Grave And Cry (Track 5), championed again by the most delightful vocal resonance but this time supported by an almost trance-style sampling with almost Beatles-esque echoes.

‘Karma’ is a refreshing and at times frenetic blur of passion and drama, a whirling musical dervish of ingenious and inventive styles, influences, moods and moments. Yet throughout it all the band remain faithful to the ‘sound’ they have pioneered since their debut album ‘On The Other Side’, released in 2005, and have been evolving across the course of seven truly impressive and striking albums.

Their website offers the tantalising promise that not all the material they created for ‘Karma’ found its way into the album. I sincerely and most earnestly hope that a new EP or even album may be in the offing in the not too distant future.

Order ‘Karma’ in the UK from bandcamp here