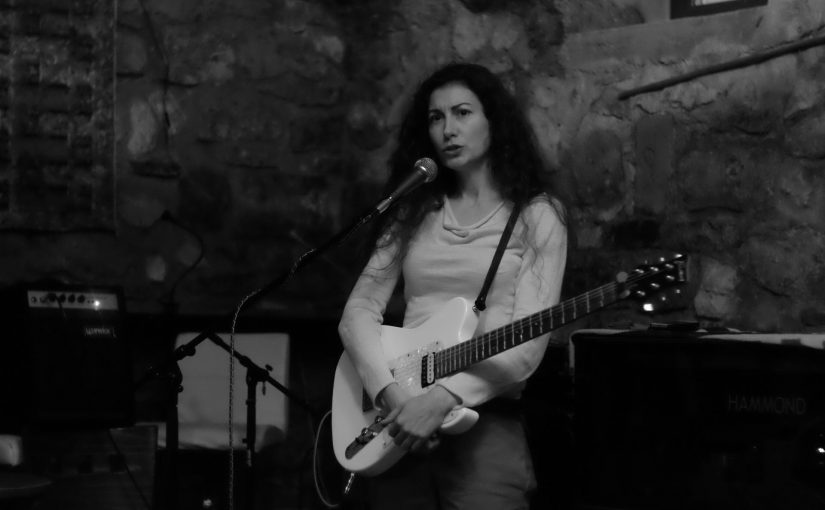 “Without music to decorate it, time is just a bunch of boring production deadlines or dates by which bills must be paid.” ― Frank Zappa

I know I’m not the only person who spends a large proportion of their time awake listening to music, music while I run or while I work or just for relaxation. It is true, music decorates our lives and makes the mundane acceptable and often accompanies us on the highest highs and lowest lows that life can give you.

The first time I listened to Ana Patan’s superb album ‘Spice, Gold and Tales Untold’ I felt that immediate connection that only wonderful music can give you. This is one of those releases that can take away the worries of a testing day and put you in a much calmer state of mind and we have all needed that over the last year!

In her own words,

“I’m an independent German musician, of Romanian descent, living in Sweden for the moment. I’ve been travelling and making music in most corners of the planet, having had the chance to meet, and jam with, some really amazing musicians (where most of my experience comes from). At some point in 2009 my career nearly ended from a bad case of tendonitis, which woke me up to the necessity of making this album, if ever able to play music again. This motivated me to get well, and put all my finances, creativity, time and energy into making this record.

The drums have been put down by Zoltan Csörsz, most of the bass tracks by Jonas Hellborg, and Devin Townsend loved the stuff and also wanted to contribute! Strangely enough, he was in a bass-playing phase back then, so he showed up in the studio and did his part quite amazingly! I happened to play the guitar because I couldn’t find anyone who wouldn’t overplay – I had to do my best, whatever that might be for now… same with the vocals!”

Ana describes the album as organic, honest and uncompromising, recorded all analog on 2 inch tape in a simple formula (bass-drums-guitar, plus vocals). I have to say I was really intrigued.

The album is a superb mix of musical styles with basic, soulful music embellished by hints of the orient and a touch of Eastern European promise on many of the impressive songs. The bare yet intricate music is complemented superbly by Ana’s earnest vocals, sometimes fragile and at other times loud and proud. To my ears there is a touch of early Alanis Morissette to her voice but with a velvet smooth timbre.

The pared back musical arrangements on tracks like sultry opener Undeciphered and the soulful Trivialize Love have a real jazz lounge feel to them, a real feel of less is more and Ana’s beautifully flowing guitar adds even more class.

One of the stand out tracks for me is the wonderfully bluesy General Conspiracy, a song that just oozes cool sophistication. The guitar playing just makes you want to sway in time with the music and the solo is just superb.

Ana’s take on elegant world music infuses The Human with an almost southern African feel, a really enlightening piece of music that pairs really well with the smooth-jazz attributes of Pure and Plain, an ultimately uplifting track that makes your soul sing.

This incredibly eclectic mixture of musical tastes and experiences continues with Soarele Meu. Written in Ana’s native Romanian it has a really playful vibe and runs along with an impish glee and one where she seems at her most carefree. 21st Century Citizen is a proper blues-rock track and perhaps the most straightforward song on the album with seductive vocals and a staccato, edgy guitar tone and is a song that brooks no argument.

The darkly delicious tones of Ana’s voice and the refined notes emanating from her guitar give Hot Hot a truly graceful and chic quality that just leaves you utterly calm and relaxed before the folky How Could We Live Before breaks the spell with its upbeat tempo and foot-tapping drumbeat and things are brought to a close with Colors on Hormones, another uncomplicated jazz inspired piece of music that showcases this young women’s incredible array of talents.

‘Spice, Gold and Tales Untold’ is collection of culturally diverse songs that transcends the current trend to try and pigeon hole musicians. Wearing her many influences proudly on her sleeve Ana Patan has just allowed the music and her excellent vocals to tell her many intriguing and involving stories and this has allowed them to breathe and come to life quite spectacularly. An album that has surprised me in its simple brilliance and one that, if you let it, will enrich your life in a myriad of ways.