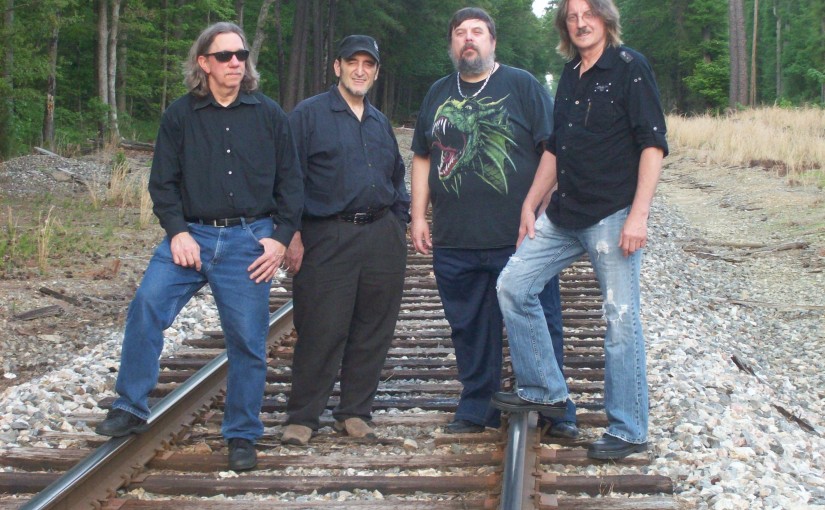 Why do you listen to music? Think about it for a while, what are the main reasons you insert that CD and press play, or lower the needle onto the vinyl? (we’re going a bit more tactile than mp3 for this anology). There have to be a myriad reasons why different people will await a gentle introduction, a powerful, rip-roaring solo or the dulcet tones of their favourite vocalists.

Be it the angst, protest driven edginess of punk, the in-your-face violence of heavy metal or the gentle, ethereal grace of some progressive and folk tinged music, we all have our reasons. I find that fast driven, heavy rock and blues works brilliantly at the gym or if I’m in that nothing can stop me mood and the more relaxing music suits my more sombre moments.

Sometimes, though, I just like to listen to some music that has heart and soul and a lightness of being, a feel-good factor that brings light into your life and makes your day just go past a little bit easier, leaving a smile on your face and a glowing rightness in your soul. The music that tends to do that for me, more than any other, is what we may term ‘traditional progressive rock’.

Now the ‘P’ word is almost becoming persona-non-grata in certain musical circles and talking about it, or dropping an artist into that genre, can be detrimental to both your and their health, stupid as that may sound. The music that was inspired and influenced by the behemoths of Yes, Genesis, King Crimson et al is still going strong today and still matters to me in a big way.

I have been listening to an album recently that brings back waves of nostalgia about that style of music and which just washes over you with good feeling. Kinetic Element’s ‘Travelog’ album has been listened to regularly over the last couple of months and I felt it was about time I put my two-penneth in….. Kinetic Element is a neo/symphonic progressive rock band from Richmond, Virginia that harbors musical roots in classic artists like Emerson, Lake & Palmer, Yes, Asia and Genesis and blends those influences with philosophical and spiritually powerful and uplifting lyrics.

Kinetic Element was formed to perform the music of Mike Visaggio’s solo CD, ‘Starship Universe’ which was released in 2006. The band is comprised of Mike (keyboards); Michael Murray (drums), Todd Russell (electric and acoustic guitar) and Mark Tupko (basses).

Unable to find a suitable vocalist in their hometown, Mike reached out to their musical friends Odin’s Court whose lead vocalist Dimetrius LaFavors agreed to perform the vocals for ‘Travelog’ while remaining with Odin’s Court. However Dimetrius could only appear on three tracks due to Odin’s Court’s changing schedule. Riding in to KE’s rescue came Michelle Schrotz of prog icons Brave, and stellar CProg artist Mike Florio, to record the remaining two tracks.

Fred Schendel and Steve Babb of prog legends Glass Hammer became involved in the mixing of the album. The resulting collaboration produced the terrific sound you hear on ‘Travelog’. They also did the mastering at their studio Sound Resources in Chattanooga.

So, onto the music and the album opener War Song begins with an African drum style beat with Yes overtones and the delightful use of an atypical Keith Emerson type Hammond organ giving the song an immediate nostalgic note. The gradual intensifying instrumental introduction is quite complex  and intricate and grabs your attention as it flows along stylistically, the ululating guitar note that scurries across your psyche is focused and intense. Just sit back, relax and enjoy as the initial stages of this 20 minute plus progressive epic dance across your mind like a musically inspired storyline. The keyboards, bass and drums providing the foundation for the impressive guitar work before the next chapter begins. Here the expressive vocals take up the story, dynamic and yet passionate and eloquent. Taking the influences that they hold dear and blending them into a distinctive style of their own, Kinetic Element give you an engaging musical cornucopia that, whilst occasionally glancing back over its shoulder, marches majestically onward to the future. A multitude of sophisticated rhythms and melodies surround you as this baroque song continues to surprise and delight, the vocals blending perfectly and adding a final sheen of finesse.

They don’t do short songs these guys, title track Travelog is the briefest and comes in just shy of ten minutes, that could be a stumbling bock if there was anything to dislike but all is looking good so far. A brilliantly pared back and minimalist acoustic guitar opens the song, it needs no back up as it tantalises and enchants, dancing across your mind and soul with beauty and grace. As the track opens up and the vocals begin, it doesn’t lose any of that ethereal quality and continues to leave you feeling relaxed and serene as if you are tip-toeing through a Utopian world of wonder. The fragile, frangible keyboards add an almost alien note, as if you have stumbled onto a vista of fantastical delights. There is an increase in tempo as the track comes to a triumphant close and you are left feeling quite fulfilled, calm and well, just right.

Into The Lair has a nicely judged bass driven opening with powerful keys and enigmatic drumming, a more serious note than what has gone before, dominant and influential, gripping and thoughtful but it soon opens up into a delightfully impish song, led by the superb, stylish vocals of Michelle Schrotz. It should come as no surprise, considering who mixed the album, but the Glass Hammer influence is greatest on this polished track. The smooth guitar note and elaborate keyboard notes lead into an involved and inventive instrumental section, playful in mood and execution. A return to the dominant introduction follows, like a counter to the lightness of the main section, I love the guitar on this part, Todd’s playing is precise and yet has a free-flowing life of its own. Michelle’s sweet-sounding voice returns to close out the song and leave you nodding appreciatively one more time.

A rather delightful piano introduction is the opening to Her and it keeps you entranced as the ivories are quite impressively tinkled, ebbing and flowing and chock full of earnest emotion. Like jewelled trinkets of sound they dance across your aural receptors leaving you suitably transfixed. The layers are stylishly increased as the drums join in, suitably classy and a warbling guitar adds substance. The track begins to take on a jazzy edge to it, staccato and edgy, the vocals join, with a note of pleading and desire. I even get a real feel of Christopher Cross in the song, not quite easy listening or chart music but with a real easy going nature. Like I have said before, it is feel good music that has subtle touches of classic progressive music, the guitar that runs through the middle section, backing the earnest vocal could have come from any 70’s Yes album. A compact, piercing solo fires straight at you and the guitar continues to worm its way around your mind, aided and abetted by the swirling keyboards and smooth rhythm section, the bass playing is particularly impressive. The cultured jazz feel to the song is its key though and we are treated to another great combination of influences as it comes to a high-class close.

Vision Of A New Dawn is perhaps the most thoughtful and contemplative track on the album and begins with another blistering, heavily jazz influenced opening. Driving piano and drums take on the  first notes and then the bass joins in before some fuzzy, intricate guitar playing takes you off an an unknown journey into the more convoluted and mysterious side of the band. We turn first towards an instrumental section of free form progressive tinged jazz fusion, a thrill ride with many twists and turns, like a psychedelic explosion in your mind. A piquant piano note, nervous and tremulous at first, then leads you onto the next part, the vocals begin, heartfelt and poignant, as the wall of sound begins to build, guitars, drums and that elusive piano raising it higher and higher. Emotional and raw, the feeling is of renewal and rebirth, those that have once fallen will rise again. It is a gripping and musically intense story that is being written in front of you, this heart is open and it bleeds sentiment and fervor. A momentary pause, a slowing of time, the mountain has been surmounted, time for reflection perhaps. Take a seat and take stock of what is laid before you as the keyboards lead you on with a jaunty melody, uplifting yet with a note of reserve. There is almost a triumphal tone as we move into the next phase of this fascinating song, the keyboards leading the march before the captivating guitar takes lead duties again. A sombre moment, as if the light is fading and things are to become crucial and weighty, the piano leads the procession, solemn and sedate. The vocal joins, almost a lament, a pause, and then a gently strummed acoustic guitar begins, followed by forceful whistling and the final throws begin. An overture of voice, guitar, keys and piano takes this momentous track to a close, the silence that follows says more than words……

I am going to say it, this is an excellent ‘progressive rock’ album, no band should be scared of using that term and Kinetic Element wear it proudly in the middle of their collective chests and are rightly proud to do so. It’s obvious who their influences are and they take them and mould them into something that, whilst it is instantly recognisable, has a character and soul all of its own. It feels like a labour of love and the skill, energy, blood, sweat and tears that have been invested in this production can be felt by all who hear it.