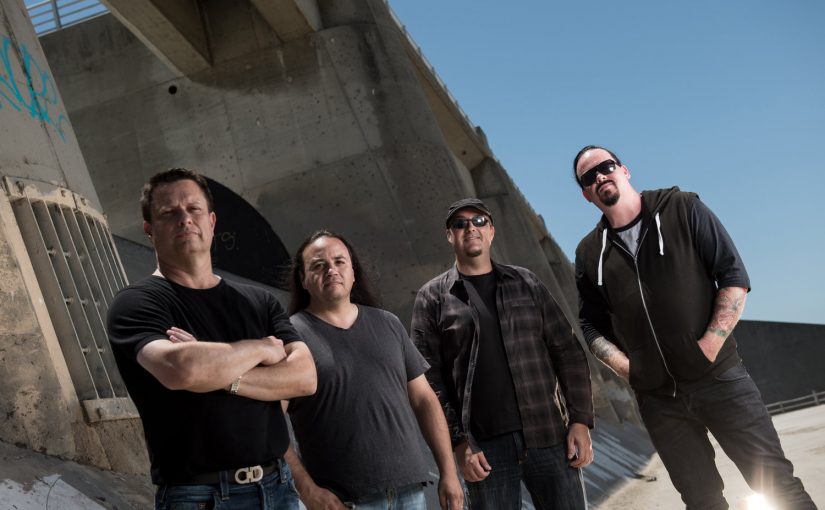 If it ain’t broke, don’t fix it! L.A. based prog metallers Redemption return with a supremely impressive example of the genre – ‘Long Night’s Journey Into Day’.

Taking the title of Eugene O’Neill’s play Long Day’s Journey Into Night, which focuses on the decay of a family that’s plagued by addiction, Redemption have turned it inside out, and made it their own.

“Inverting the phrasing of the title is really what Redemption’s message is about.”, says founder guitarist/keyboardist Nick van Dyk, “It’s a long night. It’s a journey, and at times it’s a struggle. But there is daybreak.”

He goes on to say, “If there’s a consistent message to Redemption’s music, it’s that life is a struggle and there is pain and fear and doubt, but, ultimately, it is a thing of beauty and wonderment. If you push through the struggle, the rewards of that process itself, along with what you find on the other side, are joyous and a fantastic gift.”

With the band – rounded out by bassist Sean Andrews and drummer Chris Quirarte – parting company with vocalist Ray Adler (ex Fates Warning), they had to bring someone in who could fit some very large shoes and Tom Englund of Evergrey certainly fits that bill!

Absent from the band’s lineup is lead guitarist Bernie Versailles, who suffered an aneurysm in 2014, and has since been focusing on his recovery. ‘Long Night’s Journey Into Day’ does however see the quartet collaborating with guitarists Simone Mularoni (DGM/Empyrios), and the legendary Chris Poland, both of whom also supplied astounding leads on ‘The Art Of Loss’. Alongside these longtime collaborators they also recruited keyboardist Vikram Shankar, who van Dyk asserts “may be the most talented musician I have ever met.” Legendary prog metal contempories Dream Theater are due to return with a new album in 2018 and after the general disappointment of ‘The Awakening’, they are really going to have to come up with something to upstage this sixty-five minute behemoth of twin guitar brilliance, thunderous rhythm section and astounding vocal performance from Englund.

It’s easy to say that there isn’t a duff track on an album but, for fans of the band (and prog-metal in general), it’s most certainly true of ‘Long Night’s Journey Into Day’. It’s a well thought out collection of tracks dealing with themes of recovering from failure, dealing with the end of a chapter in our lives, coming to terms with one’s mortality or experiencing a betrayal and struggling through its impact.

The mountain crushing riffing and energetic rhythm section are aided and abetted by fantastic keyboards and Englund relates tales of adaptation (Impermanent), doubts that fill the void when one’s integrity is lacking (Eyes You Dare Not face In Dreams), living life to the fullest, no matter how hard it can be (Indulge in Colour) and the superb title track of which van Dyk says, “We see a lot of dreams and hoped-for-outcomes dashed by our own failings or by factors outside our control, but dreaming is essential to realizing the beauty of life. Life is amazing and depressing and carefree and terrifying and full of hope and love and full of fear and doubt…But it is, in the final calculus, beautiful and an incredible gift. And we must keep on dreaming.“

The consummate skill of the musicians shines though on every track, the twin virtuoso guitar skills of Mularoni and Poland have to be heard to be believed and the rhythm section of Andrews and Quirarte really do move mountains. However, it’s not all about power and energy, the expertise and passion flows throughout.

There’s nothing new here but what you do get is progressive metal created and delivered at its absolute best, a band surely at the top of its game and looking like they are there to stay for a very long time. Bring on the challengers!

Order the album in all formats at Metalblade here