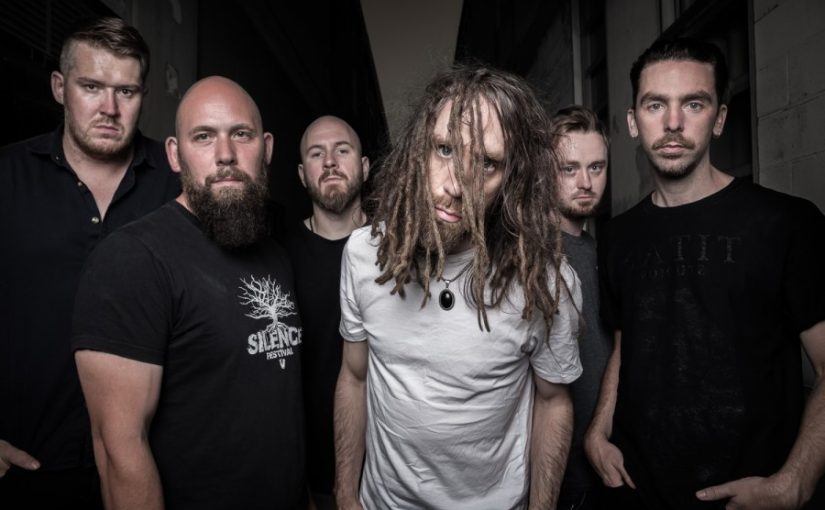 SikTh, the UK’s progressive metal forefathers, have commenced recording their brand new studio album.  The, as yet, untitled 3rd album will be their first new full length since 2006’s ‘Death Of A Dead Day’ and follows on from last year’s acclaimed Opacities EP recorded after their reunion performance at the UK’s legendary Download Festival. The new album is scheduled for a May 2017 release, with the first single and video entitled “No Wishbones” due to be released on Friday 10th February. Vocalist Mikee Goodman reveals how the recording sessions are progressing “We’ve started recording and it is sounding really vibey so far. This album should be a lot more aggressive than our Opacities EP on the whole. A lot of slamming grooves there, also lots of intricacy and dynamics as always”. He goes on to explain the creative process within the band “There is a formula in SikTh which works well. I always take the lead in the early stages and also I write all lyrics. But of course I am open to Joe Rosser, our new vocalist’s melodic input later on. We have not entered that stage yet. These initial steps are me laying my ideas in, since I have a great studio set up, if I do something awesome now, it goes straight on the record. That’s a great thing because as most vocalists will tell you, it’s all about the vibe and feeling. It’s all about the moment.”

The vocals are primarily being recorded at Mikee’s own studio and at Adrian Smith’s (Iron Maiden) R&R Studios; Mikee & Adrian Smith worked together previously on the Primal Rock Rebellion project. The guitars and drums will be recorded at the renowned Monkey Puzzle House studios. Dan Weller will be producing, alongside Adam “Nolly” Getgood (Periphery), handling mixing duties. The new album is to be released via Millennium Night, the newly created imprint from Snapper Music, home of Peaceville Records & Kscope. The label imprint name, chosen by SikTh, comes from the track taken from their debut 2003 album The Trees Are Dead & Dried Out Wait for Something Wild.

Mikee explains “We have signed to Millennium Night, which is a new division of Snapper Music; they decided they would invent a new label just for us, we don’t fit in and we never felt the need to”.

Further updates from the studio will be revealed over the coming weeks.

Ahead of the release of their new studio album the band will head out on tour across the UK & Europe with Trivium.