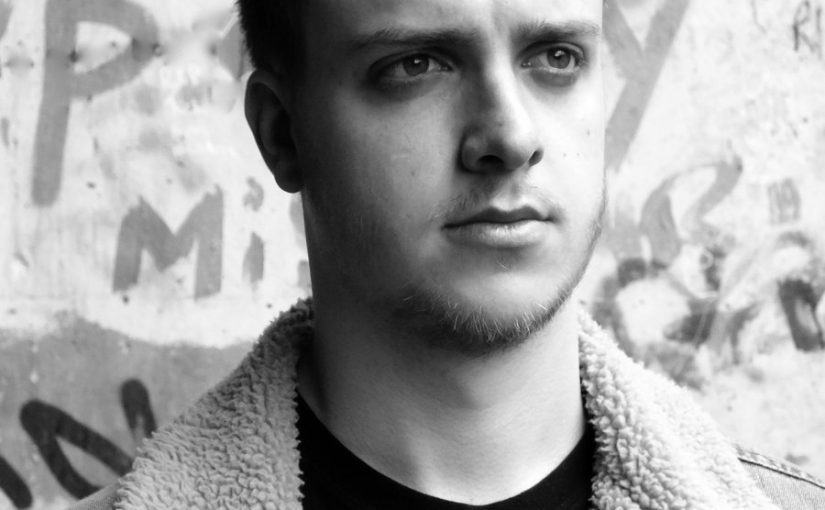 The Great War of 1914 to 1918 has been, for many artistes, a rich vein of material, inspiring songs that detail the heroism, suffering, sacrifice and fear that all soldiers must have felt and experienced in those Flanders fields of mayhem, chaos, death and destruction. The war itself is beyond the comprehension of most of us, making the creation of any piece of art, I’d imagine, one of the most difficult tasks to do, ensuring that true and proper record is made. It can only be expected that any work needs to be a labour, work that needs the fullest detail to be sought. The work needs to be exhaustive in it’s research, it’s execution and it’s intentions. And it is work that will be held to the highest of standards by people who will have factual, historical and emotional attachment to this most emotive of subjects.

What cannot be denied is that Bristol multi-instrumentalist, Saul Blease, has undoubtedly set out to create apiece of music that does pay that fitting tribute. But this reviewer is one of those people who will set the high standards, being, as I am, someone with a deep interest in the  history of the Great War and that, I’m afraid has coloured my view of this album. For me, it doesn’t reach the standards I expect as a whole.

On my first listen I was intrigued by what I was hearing. I found the percussion in particular emotive, reminiscent as it was, on occasions, of machine gun fire. There were heavy parts that felt like a bombardment going on, with the impression being of being a soldier sat in a trench waiting for battle to start. And then the music would quieten, with lilting piano pieces perhaps reflective of the quiet before the storm. But through out this, there was this little nagging thought in the back of my mind, something that wasn’t sitting quite right, something that was jarring on my knowledge of the Great War itself. Another listen back only served to strengthen that thought, a thought that needed corroboration from a source with more knowledge than mine.

And it is thanks to Martin Hutchinson that he, on behalf of Bad Elephant Music, allowed me to share this album with a friend who is both a fan of progressive music but also an experienced Great War battlefield historian. The files were sent without comment, with the reply coming back that confirmed what I thought. The problem with this album comes lyrically; the historical inaccuracies that grated on me were only magnified with particular glaring errors being descriptions around the battle at Mons referring to trenches, barbed wire and mud -this never happened until a long time after this battle with the army at Mons in full retreat in open warfare, the trench warfare occurred sometime later once a stalemate was reached.

Now I am fully prepared for this review to be slated for not allowing a bit of artistic licence, for it to be said does it really matter? To which my justification is that, yes it does for two main reasons. Firstly, as I explained in my opening, this subject is so very important that it has to be right, there is an obligation on the artist, when taking on such a subject, to be absolutely true to those who experienced. On its own there could be an element of allowance, but the second issue I have with this album is the reliance on cliché; for both of us involved in this review the lyrics felt very much like a rushed and lazily written history essay. With reference to ‘brass hats’, ‘do or die’ and ‘dying for England’ this was very much in the stereotypical viewpoint of the First World War that was trotted out in 1960’s and 70’s school class rooms and perpetuated by Blackadder and far less worthy than the war poetry of the Wilfred Owens and Seigfreid Sassoons, for instance, whose voices are a much more genuine and authentic chronicle of this war.

Take this album as just a piece of work and there is plenty to enjoy, least not the quality of the musicianship. However, if you are a student of, interested in or, indeed, seeking to extend your knowledge of the Great War this is, unfortunately, an album that will infuriate, annoy and perhaps even, anger you. And in this conclusion I feel for Saul Blease as I’m sure he has spent many valuable hours trying to create a fitting tribute and chronicle of the Great War; unfortunately, for this reviewer he has only succeeded in pandering to popular perception rather than achieving a better researched reality.