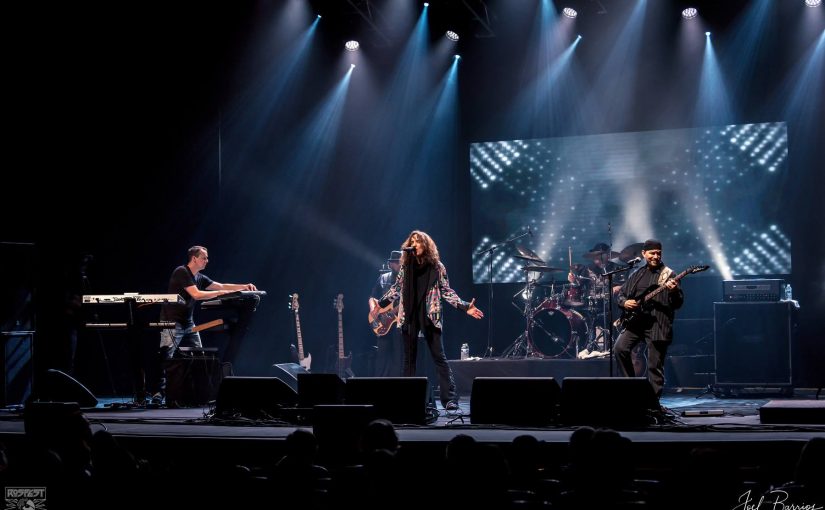 Unified Past release Etched in Stone, the first of many live videos to come from their performance at RoSfest (Rites of Spring Festival) on May 6th, 2017 at Majestic Theater in Gettysburg Pennsylvania. Etched in Stone is the 3rd track from the band’s critically acclaimed album ‘Shifting the Equilibrium’ and was the final song performed by Unified Past at RoSfest.

The Rites of Spring festival or RoSfest is an annual progressive rock festival which takes place at the end of April or in early May. Established in 2004, and held the Majestic Theater in historic Gettysburg, Pennsylvania.

Unified Past was a well kept progressive rock secret. However, their 2013 release “Spots” was their most gripping recording yet that connected with fans of progressive rock and was met with positive reviews in progressive rock circles. ‘Shifting The Equilibrium’ is the band’s 7th release and promise to appeal to an even wider array of prog fans as the band has stepped up a notch or two with the addition of Emmy Award Winning Singer, Song Writer, and Vocalist Phil Naro.