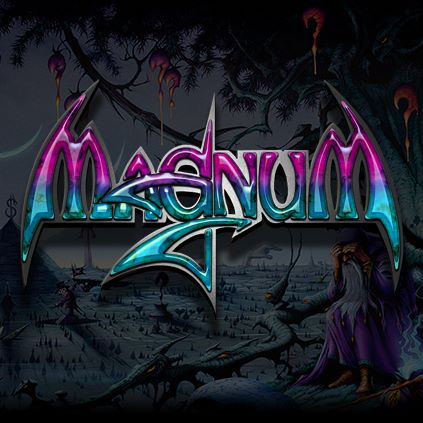 The release of their latest album ‘Lost On The Road To Eternity’ sees British hard rock band Magnum celebrate a very special anniversary on 19 January 2018. It will be the 20th studio recording by the group surrounding founder members Bob Catley (vocals) and Tony Clarkin (guitar) since their 1978 debut ‘Kingdom Of Madness’. At the same time, Clarkin, Catley and bassist Al Barrow are set to introduce their current line-up featuring new additions Rick Benton (keyboards) and Lee Morris (drums). Benton joined the Magnum camp in December 2016 to replace long-standing member Mark Stanway, while Morris took over from Harry James only a few months ago.

‘Lost On The Road To Eternity’ contains eleven new songs, among them the first single release Without Love and a duet by Catley and Tobias Sammet on the title track, a kind of artistic thank you by the Edguy /Avantasia frontman in appreciation of Catley’s guest stint on a number of Sammet’s releases.

‘Lost On The Road To Eternity’ has been scheduled for release by Steamhammer/SPV on 19 January 2018 as digipak version incl. bonus live disc, 2LP coloured version, download and stream. 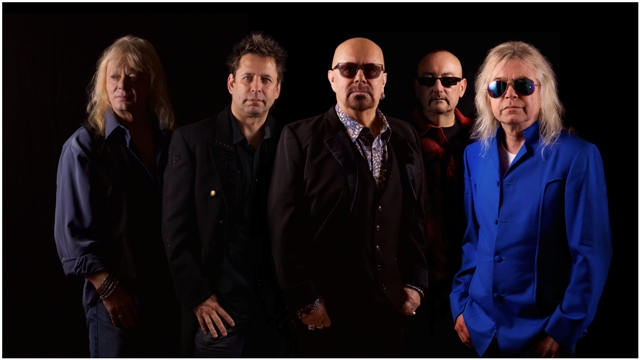 ‘Sacred Blood “Divine” Lies’, a hugely stirring, uplifting opus, is a notably heavier, harder offering than its much acclaimed predecessor, ‘Escape From The Shadow Garden’, and is packed with even more of Magnum’s massive trademark rousing rock melodies. The band have also lined up a 15 concert headline UK tour in support of the album, from May 11th through to May 30th; dates are:-

Magnum mastermind Tony Clarkin started working on the resounding new album even before ‘Escape From The Shadow Garden’ crashed into the UK Album Chart at 38, (the band’s first top 40 album chart position for over 20 years), on release in March 2014.

“I usually start composing for our next album immediately after the release of the previous one,” Clarkin recalls, continuing “When ‘Escape…’ arrived at the stores in March 2014, my thoughts had already turned to our next recording.”

Clarkin was inspired to write 25 new songs during and after the subsequent triumphant European tour, the most outstanding 13 of which were selected for ‘Sacred Blood “Divine” Lies’. Ten of the numbers made it onto the standard album CD and another three onto the DigiPak bonus DVD, which also contains videos for three of the brand new songs on the album.

The epicentre of this soundquake features, along with frontman Bob Catley’s charismatic voice, Clarkin’s awesome riffing and hard driving lead guitar licks, which provide the all-important substructure to each of the ten gems of songs on the album. ‘Sacred Blood “Divine” Lies’ counts without a doubt among the group’s most dynamic releases; Clarkin states that “I’ve always been into rock numbers. But it isn’t necessarily that easy to write really good rock material. It’s much more simple to compose a ballad. But that dynamic pace suits Magnum perfectly.”

Nowhere is this more evident than on the title track and album opener; “I feel that Bob delivered it really well,” Clarkin praises his vocalist Bob Catley. “As far as I am concerned, ‘Sacred Blood “Divine” Lies’ is definitely likely to join the ranks of great Magnum classics.” So it comes as no surprise that ‘Sacred Blood “Divine” Lies’, with its significant message, became the album title.

Among the other multiple highlights on this thoroughly powerful recording, mention must be made of the anthemic ‘Gypsy Queen’, which Tony was inspired to write after a concert in St. Petersburg, a city which deeply impressed him with its unique atmosphere.

By no means less memorable is ‘Your Dreams Won’t Die’ which is based on a cascading piano chord sequence, reflecting the song’s poignant philosophical message. “To me, the title and lyrics have an almost religious depth,” says Clarkin. “There’s a saying that somebody is not forgotten if their name is remembered.” A successful rock group like Magnum should be entitled to eternal renown, shouldn’t it? Says Clarkin: “You want my honest opinion? I don’t think that far ahead, but of course it’s a nice notion that this band may always be remembered because so many people love our music.”

And last but not least: ‘Sacred Blood “Divine” Lies’ closes with a song which surprised even Clarkin; “I liked the general sound of ‘Don’t Cry Baby’ from the start,” he remarks. “Although I initially didn’t have a lyric, the melody kept going through my head, as well as the chorus with acoustic and e-guitars plus piano. We even kept the drums from the demo version because our drummer Harry James liked them so much. He said: “I love it the way it is. We shouldn’t change a thing about it”.”

‘Sacred Blood “Divine” Lies’, the cover of which has once again been designed by renowned fantasy artist Rodney Matthews (Nazareth, Asia), is a stupendous record, packed with soon-to-be-proclaimed-classic, majestic hard rock compositions.