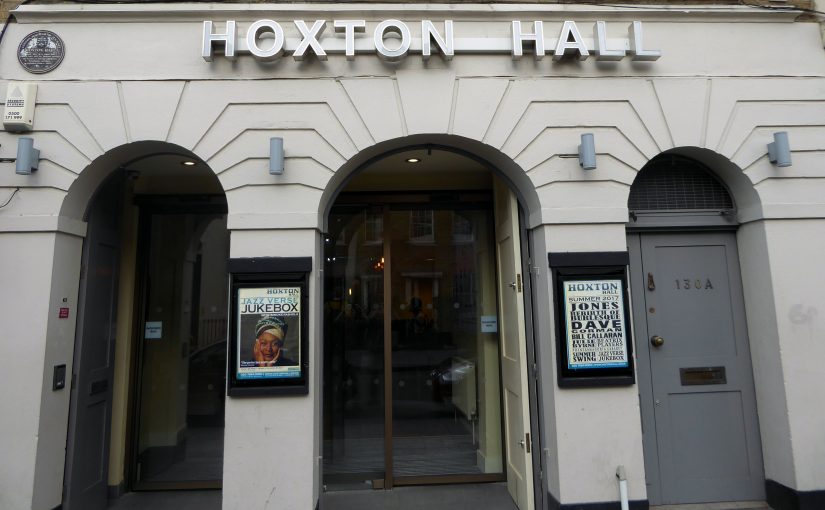 You would never know it was there. The automatic sliding doors give no hint of the majestic secret hidden within. Originally built in 1863, Hoxton Hall is a wonderful example of a good old fashioned saloon-style music hall, the modest central stage fronting a spacious ground floor, with impressive cast iron columns supporting two levels of galleries on all three sides. The overall effect creates a casual, relaxed and intimate atmosphere and the eager audience complete the perfect setting for tonight’s launch of the remarkable debut album ‘Magnified’ from the thrilling Beatrix Players.

The hushed murmur of voices give way to a polite ripple of applause as they take the stage and a happy silence descends as the opening notes of the haunting Rushlight gently fill the room. The insistent call of the piano gradually increases in emphasis and urgency, matched by a vocal harmony which is initially delicate but also grows with a matching power and intensity. The unwavering menace of the cello brings a grounding strength and depth as the song builds to a defiant, majestic crescendo before, passion spent, it falls away to the tranquil calm of the beginning once more.

The effect on the auditorium is spellbinding: not for the first time during the course of the evening, people are utterly enthralled and completely captivated by the graceful energy and compelling spirit of the performance. The confines of the stage enforce a close proximity between the three main musicians, which in turn accentuates and highlights the wonderfully intuitive interplay and understandings which exist between them. There is a dynamic and deeply creative relationship between keyboards, cello and voice which is delicately attuned to the shifting ebbs and flows of the rhythms of each song and which is absorbing to see unfold. They are joined tonight by Robyn Hemmings on double bass, Jez Houghton on French horn, Maria Kroon on violin and Emanuela Monni on drums and percussion. The subtle alterations to the musical arrangements for some of the songs are breathtaking in the impact they bring. The integration of the French horn and violin in particular are absolutely inspired, creating a more open and expansive soundstage which provides greater emotional resonance and clarity of expression. Never Again and Walk Away possess a biting vitality which is not as readily apparent on the album, but with these additions is an absolute pleasure to experience live.

During the evening we are provided with some unexpected treats in the form of songs from their original EP and a beautifully moving cover of Hurt before an almost apologetic and low key introduction ushers in All That Thinking. A song about female infertility and the impact it has on relationships, the performance tonight is emotionally charged and profoundly moving. The sheer extent of the impact it has on the audience defies description and I know I was certainly not alone in being overcome and shedding a tear by the often unspoken heartbreak it creates.

One further surprise remains in store for us as the raised dias behind the main performers fills with the arrival of the SOUND choir for the final three songs. Their presence and influence is striking and uplifting, bringing new dimensions and insights to songs which, as a result, carry an embracing immediacy and sparkling warmth. The mesmerising Ophelia and the sizzling encore Roses spring to life with an astonishing and breathtaking vibrancy to mark the perfect end to a magnificent evening of stunning music.

A second concert has been announced for St Pancras Old Church on the 5th October 2017. Tickets are available now and I cannot recommend highly enough what a mesmerising, captivating and thoroughly enchanting experience awaits if you decide to go. Do not hesitate. Not for the first Time

Lady of the Lake

What Do You Say

The Road To Gordes